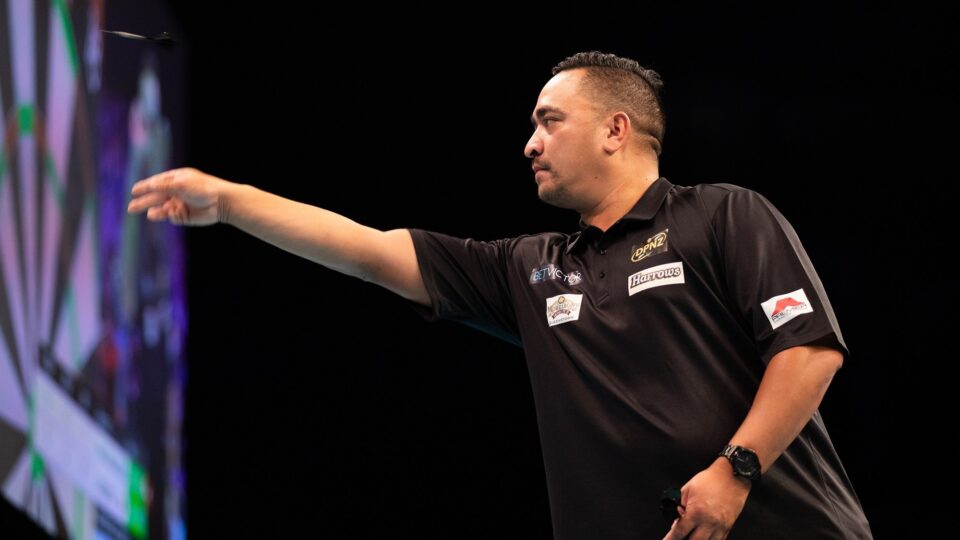 PDC Qualifying Schools 2022 began today in Milton Keynes and Niedernhausen with Day One of the First Stage.

Eight players per day will progress from First Stage, with all further places going to players from a First Stage Order of Merit in each region, with one ranking point awarded per match from the first full round onwards.

Q School will run from January 9-15, with 32 Tour Cards on offer for players to secure a spot on the PDC circuit for 2022/23. The first stage will be held between January 9-11, which will see up to a total of 128 players in UK and Europe respectively to compete on the final four days.

Due to Covid-19 regulations in Germany, the First Stage will be played as two groups per day, to reduce the number of active players inside the venue at any time, meaning that four players from each group will progress to Final Stage.

Danny Lauby will need to return for the rest of Stage One after coming up against an impressive Michael Flynn, who defeats the American 5-2. Nick Fullwell is another name to impress on day one, after coming through with win in the last 16 against Robert Owen

Elsewhere on day one, Conor Heneghan, Michael Barnard, Josh Rock & Robert Rickwood qualified to Stage Two. As always at the dream factory, we see a few big names struggle. On Day One John Part, Fallon Sherrock and Wes Newton were unable to get any points on the board which heaps the pressure on their shoulders going into the final two days in Stage One.

In Niedernhausen, Stage 1a saw Mario Vandenbogaerde win a last leg shootout to defeat Dutchman Chris Landman to secure his place into Stage Two on Wednesday. However, it was only one Belgian into Stage Two, after Ronny Huybrechts fell at the final hurdle 5-3 to Stefan Bellmont in a high quality game.

Also in Stage one 1a, Andreas Harrysson got the better of Jeremy van der Winkel and Damian Mol beat Patrik Kovacs which saw both players secure a place in the final 128 on Wednesday.

Stage 1b saw a couple of high profile names progress on Day One, with Thibault Tricole and Wesley Plaisier progress with wins against Ryan De Vreede & Kai Gotthardt respectively.