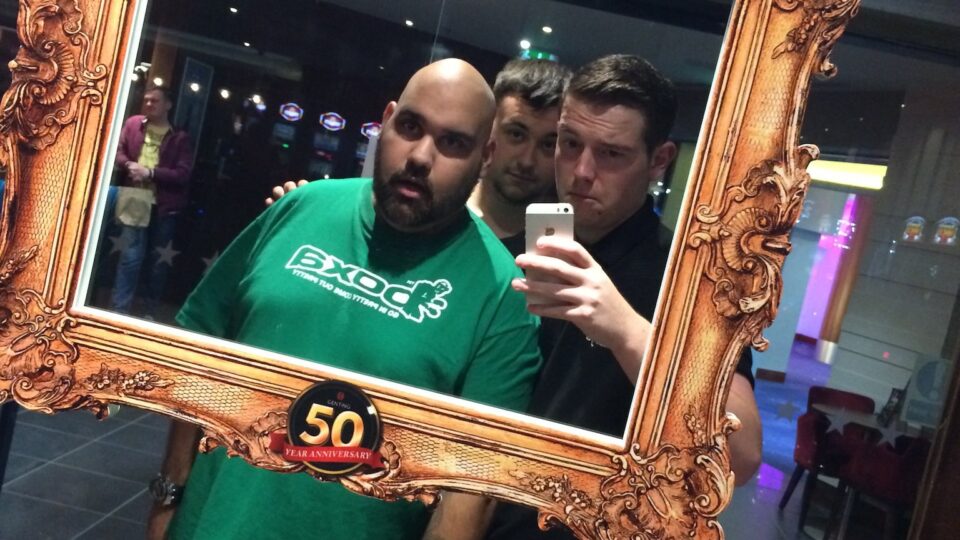 Kyle Anderson was the best human I have ever met. Sorry to break it to all my friends and family reading this, but he was number one. 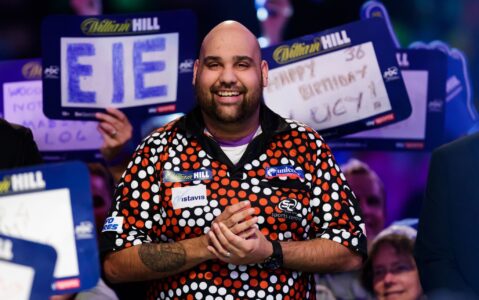 There aren’t many people in the entire world whose pure presence in a room can transcend an atmosphere, but my goodness did this man have it in bundles.

This morning, I woke to multiple missed calls and messages asking me if I was ok. In truth, at that moment, I didn’t know what any of them were for. The very first time I saw it, I crumbled. Others had seen the news before and warned those around me, but that didn’t stop every single one of my emotions sinking deeper than the Mariana Trench. My friend was gone.

The day I met Kyle, I was in complete awe. I, like many, had seen his exploits on the Alexandra Palace stage. He was an overnight star after firing in that nine dart leg against Ian White, following it up with a comfortable victory at Q-School. Yet here he was, in Rileys Nottingham, playing in a local competition in a hoody and trainers. It goes without saying that he went on to win it, and the hoody didn’t as much as get un-zipped until the organisers asked him to remove it for a photo with the winnings.

But forget the victory. The best part of the day was what was to come. I had no idea that we would become friends after this moment. Hell, I thought one of my teammates had managed to put Kyle off being associated with us full stop, as he’d spent that much time badgering him all day to come and have a practice with us. But Kyle agreed, and two weeks later, trudged back into the same building.

A few weeks later, Kyle invited me and few of the team to the Premier League in Nottingham with him. It was my first experience of being in a VIP section of a PDC event. A mad experience, but one that taught me a valuable lesson. Something that will stay with me forever:

Yes there were times over the various events we travelled to that excitement got the better of me, or I just couldn’t help myself getting into conversations that I had no right to be in. But he was always there to keep me in check.

Kyle living in Nottingham was great. I was a student at the time, but if I’m being honest, the minute he’d message and say come round and play Xbox, or let’s go get food, no textbook was being opened that day. He lived with his housemate and former manager Chris, who allowed me to get involved in a TV show he wanted to create called The Darts Factor.

As part of this, we travelled to an exhibition at the Royal George Pub in Todmorden for what turned out to be an incredible night. Kyle played a game against the eight quarter finalists of a local darts league singles event, and pretty much swept up. But, he spent large parts of the night being ribbed for his lack of a nine darter. After all, he’d hit one on the biggest stage of them all just a couple of years prior.

The landlord of the pub had been the man to arrange the exhibition, so under much peer pressure, agreed to play against Kyle in a best of three match to close the night, and boy am I glad he did. Kyle coasted to a 1-0 lead, and that’s when it happened. He hit a nine darter, and the pub literally erupted. 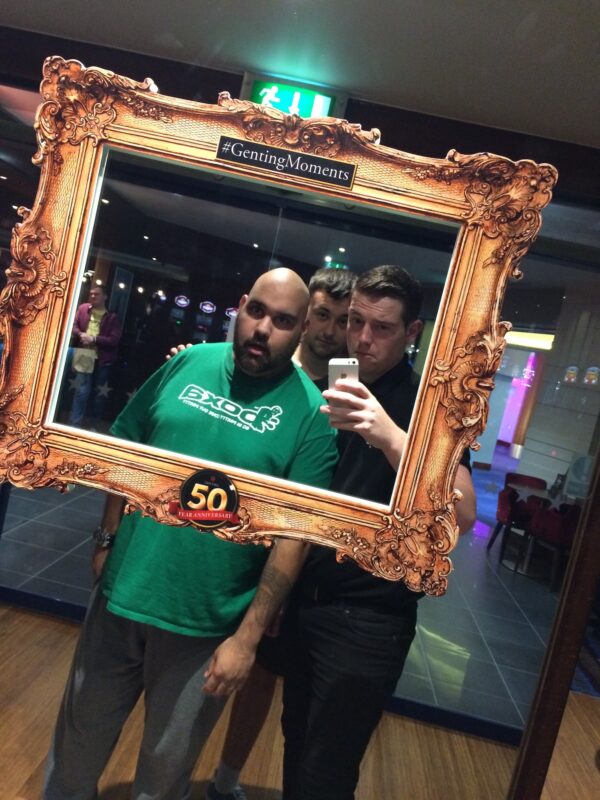 Kyle’s debut in the World Matchplay was a massive step in his career, and one I am glad to say we shared. No fancy hotel, no big costs, just a family room in one of the B&B’s on the adjacent street to the Winter Gardens. It was even Australian themed!

We went up an extra night early to take in the atmosphere and get a feel for the venue. I met multiple players that had done similar, such as Andy Hamilton and Gerwyn Price with all his family too. But the standout man this time was the great Eric Bristow. He was out the back of the venue and we stopped to have a chat, which, unsurprisingly ended prematurely when Eric and I disagreed about one of the player’s chances of the title, and Kyle swiftly moved us on.

The next time we went to an exhibition together was at the Cleveland Arms in Wolverhampton, and yet again this proved to be a significant night just a few weeks later. We just didn’t know it yet. Having only been to a handful of events I didn’t really know any of the people behind the scenes, the agents/managers that make things happen, but on this day, I met Mac Elkin.  The relationship Mac and Kyle had was amazing, greeting each other like school friends that had know each other their entire lives. This relationship proved pivotal in the not so distant future, with Kyle stranded at home in Australia ahead of a Euro Tour event.

It was 1:30am when my phone started going off, as Kyle told me his career was over. He had no way of funding a return to the UK ahead of the busiest part of the season, and even if he did manage to sort that, he had no real place to call home in Nottingham anymore.

Within an hour, and after attempting to reach him through multiple players, Mac was on the phone. He offered to fly Kyle back to the UK, and help him for the rest of the year. My house had a spare room, and in short, that is the story of how a 20 something year old student with no real pedigree in the darting world, came to live with a top 32 dart player in the world. 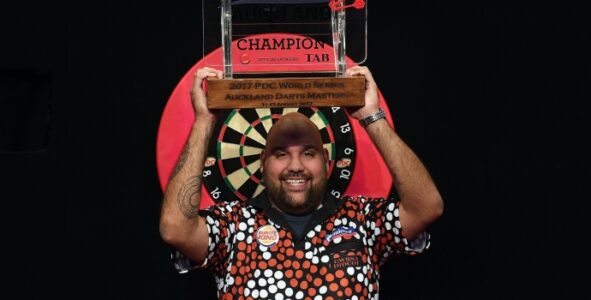 For the next two and a bit years, we called the same place home (in the UK that is) – but it is only after spending so much time with Kyle in this environment you truly got to see the man he was. The daily battle he faced to communicate with his family. The highs after competing followed almost instantly with the lows that he still had another x amount of weeks until he could return down under. The sheer reliance he had placed in his phone as his connection to the place he so wanted to be in.

But among that, the small moments are the ones I’ll treasure. It saddens me that I will no longer hear his voice shout through the house asking who is hungry in his typical Aussie fashion (Hungry, C***?). The late night drives to a drive-thru, or anywhere really just so he could get out of the house. His love of Aussie rules football, and all the stick myself and the rest of the house used to give him for it. Even the fact the man literally never wore a t-shirt anywhere in the house, hated the UK weather, and then lived with a fan constantly on in his room baffling me daily. They’re the moments I miss the most.

After the house we both went separate ways, moving with different people as we continued our lives. But the friendship never faded. We didn’t speak daily or guarantee a message weekly. But the minute we picked up the phone to each other we picked straight back up where we left off, no problem.

Kyle’s forced return to Australia at the start of the Covid-19 pandemic was obviously disappointing for anyone that knew him in the UK, and that was before we knew he was not returning as PDC Tour Card holder. The sheer number of tributes that have poured in today show just how well revered the man was, and lots of people had to suddenly get used to not seeing him around for a while. However, our loss, was his, and his families gain.

Reunited once more, Kyle wasted absolutely no time in revelling in his opportunity to be a hands on family man. Throughout all his career, that was his biggest achievement in life. We often spoke about how much it hurt him being away from Tara and Charles. I saw the emotions first hand during the airport goodbyes too.

While he never admitted it fully, I believe that is why he didn’t return to the UK to resume his darting career when he had the chance. Everything he had wanted for so long, was right in front of him. Leaving Tara and Charles behind on so many occasions absolutely broke Kyle, but after the birth of their second child Marcus, there was no way he was going to put himself through that all over again. With that, Kyle taught me the second lesson:

“There is more to life.”

It’s truly impossible to put a man’s entire life into words. The above only covers a small portion from my own perspective, and many others will have their own thoughts right now. But at the very start of this I told you all Kyle had taught me three life lessons.

You’ve already seen two of them in the paragraphs previously: ”Act like you belong’ and “There is more to life.” But the third is something more personable.

You will all get the chance to put the first two lessons into practice at some point should you wish, but I truly hope for all your sake’s that you get an opportunity to meet someone that the third lesson applies to as well:

“Brother does not mean blood.” 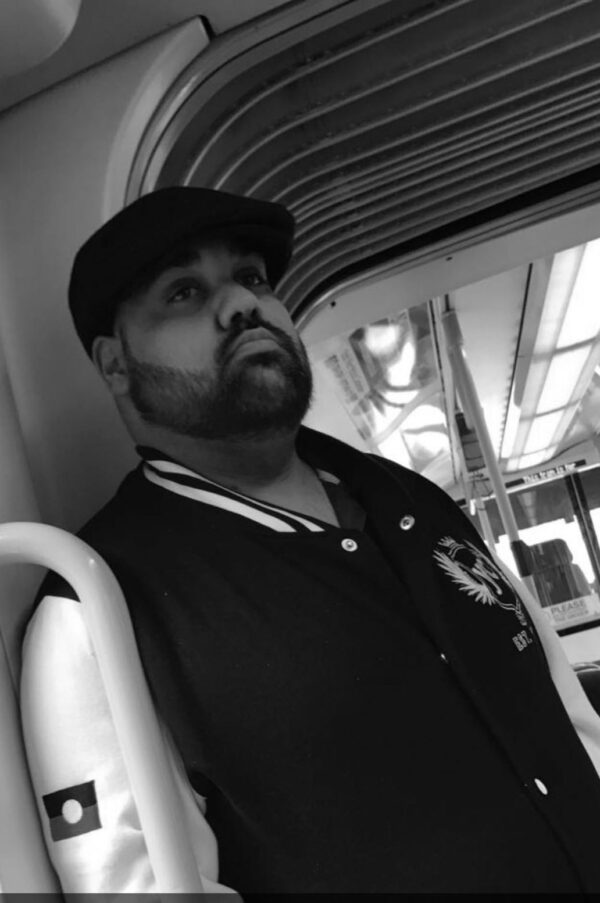