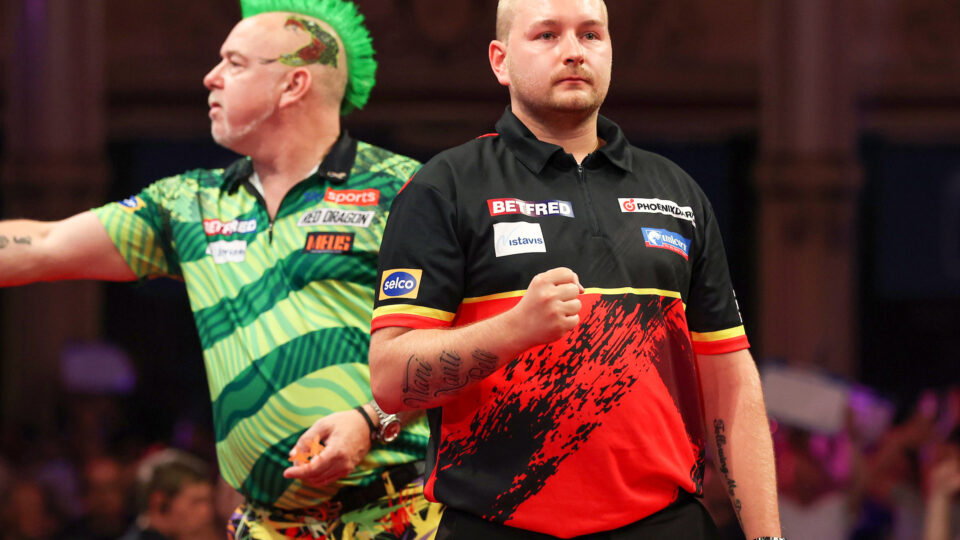 The Belgian defeated Wright 16-14 at the Winter Gardens in a rematch of last year’s final, which Wright won convincingly. The semifinal matchup will take place on Saturday night where Van Den Bergh will face Michael van Gerwen. Van den Bergh and Wright are close friends, and the Belgian refers to himself as the world champion’s “adopted son” after briefly residing with him and his wife Joanne during the beginning of the first pandemic lockdown.

Their friendship was put to one side during their classic encounter at the Matchplay. After the match, Wright offered a handshake before quickly turning his back and was unable to look Van den Bergh in the eyes.

“It was a deep game, all sort of emotions, all sort of feelings went in there. Big finishes under pressure, it didn’t matter if you had three darts at a double or a 1`00 plus finish, it was such an incredible game,”

“I have managed to do it, I have done the job. I’m still full of emotions, that’s how I feel in this game. There’s no control, there’s just hard work never give up. First to 16 and that 16 went Van den Bergh, I managed to beat Mr Miyagi. I managed to beat Peter Wright get in.”

“I don’t know what’s going on in his mind, yeah it surprised me. I know one thing for sure, before we started I was like me and Peter it’s going to be business. I’ve got to do my job. I managed to do it. I really hope before this tournament has ended I get a message of him, I love that guy to bits. I’ve learned a lot.”