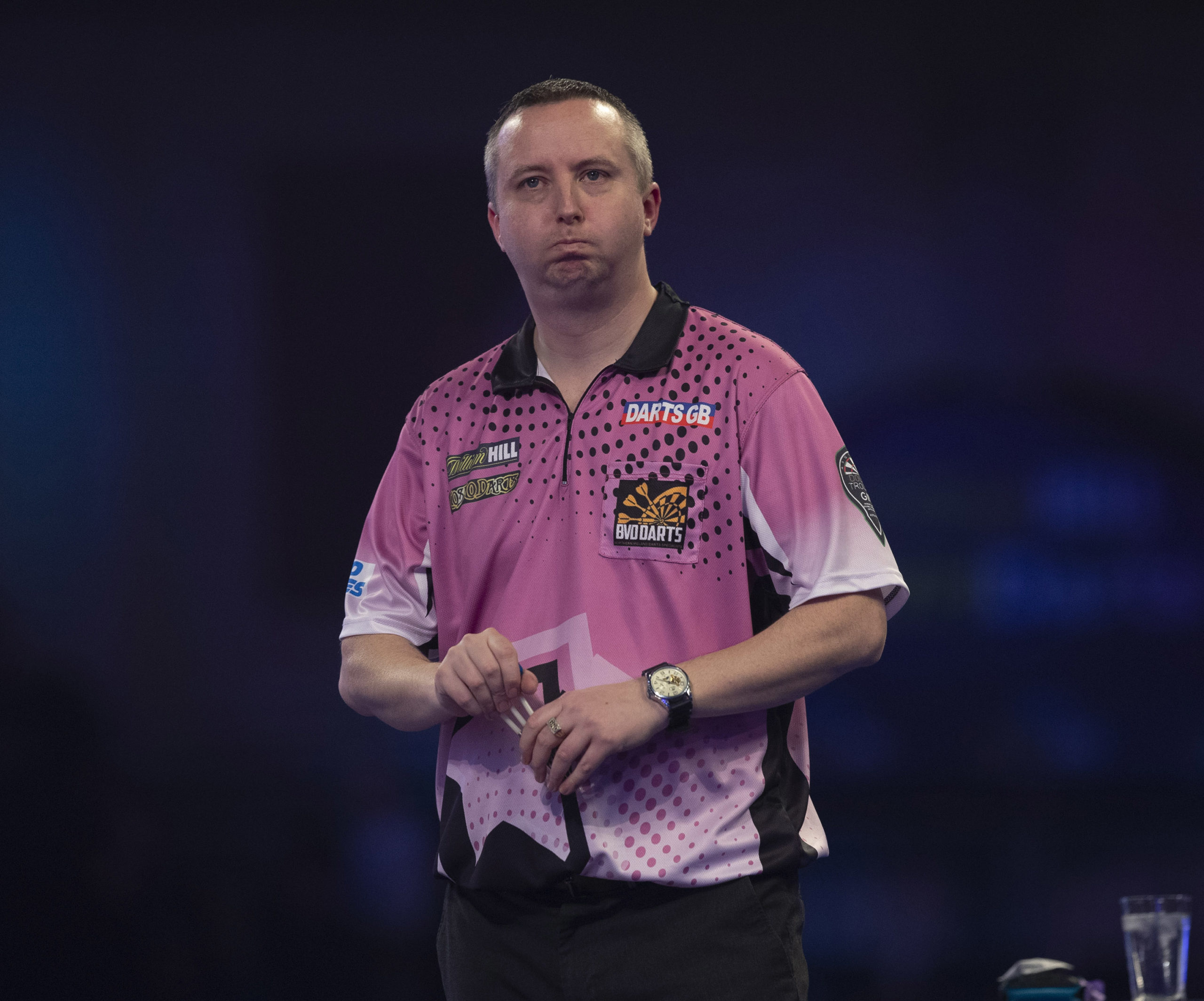 This morning saw the start of Tuesdays MODUS Sports icons of Darts Live League. On paper, this league looked one of the closest to call a winner. Two former world champions Mark Webster and Scott Mitchell, Ritchie Edhouse, Mike Warburton, Adam Huckvale and Keelan Kay made up the six-man league for the day.

Last week Webster showed signs that the hard work he’s put in on his game was coming to the fore. Out of the three days last week the former world champion won one of the leagues and came runner up in another. It would be Webster who would get the action underway, as he took on Adam Huckvale. It was Webster picking up the first two points of the day with a 5-3 win.

Ritchie Edhouse also made a strong start to the day, winning his first two games of the day, including a 5-0 whitewash of Huckvale. The way results had played out at the beginning of the day, Edhouse, Mitchell and Webster emerged as the frontrunners in the league table.

All eyes were now fixed on game eleven as Edhouse and Webster clashed. In a high-class contest, it was Edhouse that went into pole position for the title with a 5-3 victory. After the triumph, Edhouse knew his fate was firmly in his own hands. Edhouse did give the field a slight hope when he suffered a defeat at the hands of Warburton.

Edhouse did get the job done in his final game of the day against Keelan Kay. A 5-3 victory gave Edhouse his first title of the week finishing two points ahead of Webster and Mitchell. Over the day Edhouse showed the form that saw him so hard to beat on the PDC challenge tour in 2019. The victory today will give Edhouse the confidence for the rest of the week in the Icons of Darts Live League.