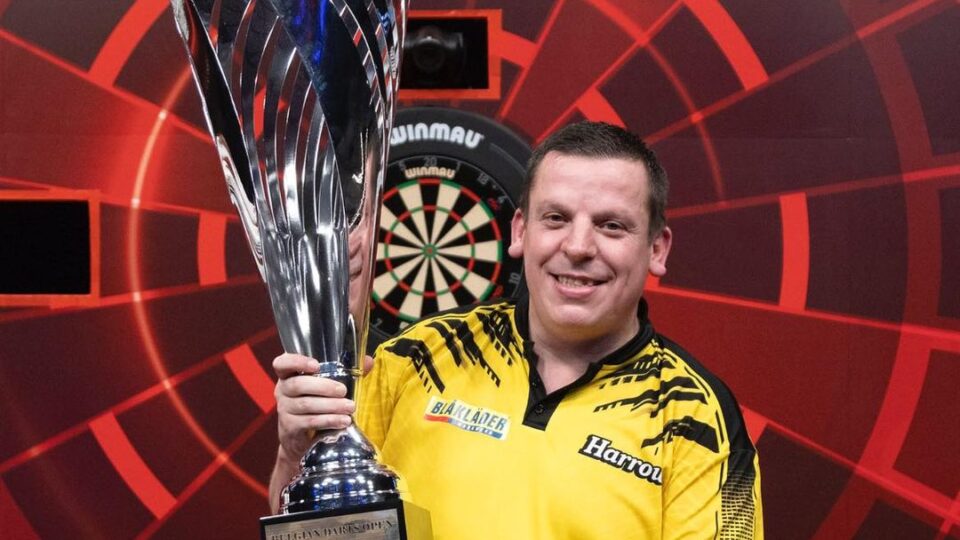 Dave Chisnall won the Belgian Darts Open in Wieze on Sunday hitting a nine-dart finish on the way to ending a three-year wait for his 16th ranking title.

Chisnall nailed the first nine-darter on the European Tour since his own feat at the 2019 Gibraltar Darts Trophy in the opening leg of his 7-4 semi-final triumph against Danny Noppert.

Chisnall, a six-time TV event finalist, then went on to deny Andrew Gilding his first title, winning 8-6 in the final.

Both players had put up outstanding performances throughout the weekend to earn a place in the final, and they delivered an exciting decider in front of a raucous Oktoberhallen audience.

Gilding trailed from the fifth leg but produced the game’s most eye-catching moment, a 136 checkout, to cut the score to 6-7.

Chisnall, on the other hand, held throw to land double 19 and avoid a last-leg cliffhanger to win his third European Tour title, all of which have come in different nations.

“It’s very special,” said an emotional Chisnall. “Any tournament you win is special but this one means even more after a tough year personally.

“We’ve had a couple of family bereavements so this is for them. I had a terrible year last year but I’m coming back and there will be more trophies going in my cabinet.

“I’ve been saying for the last few weeks that this has been coming and this weekend it happened.

“The final was one of those games where we were both trying too hard to win a big tournament. Luckily for me that double 19 went in; I’m so happy.”

Meanwhile, Gilding’s ongoing excellent showing in 2022 secures him a spot in the BoyleSports World Grand Prix in October, having already competed in the Betfred World Matchplay in July.

Gilding advanced to his first European Tour final after defeating Belgian number one Dimitri Van den Bergh in the second round on Saturday. He then defeated Niels Zonneveld, Martin Schindler, and Jonny Clayton.

The event reached its conclusion on Sunday, with the last 16 matches taking place in the afternoon, followed by the quarter-finals, semi-finals, and final in the evening.

Kim Huybrechts, who upset Michael van Gerwen in round two, was defeated 6-1 by Adrian Lewis in the last 16 to end Belgium’s hopes of a victory.

Along with Lewis and De Sousa, German combo Gabriel Clemens and Martin Schindler were eliminated in the quarter-finals.

The Gibraltar Darts Trophy (ET13), the concluding European Tour event of 2022, will be held from October 14-16 at the Victoria Stadium. 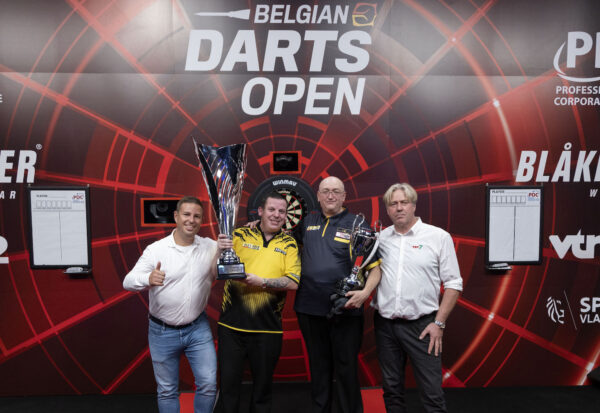