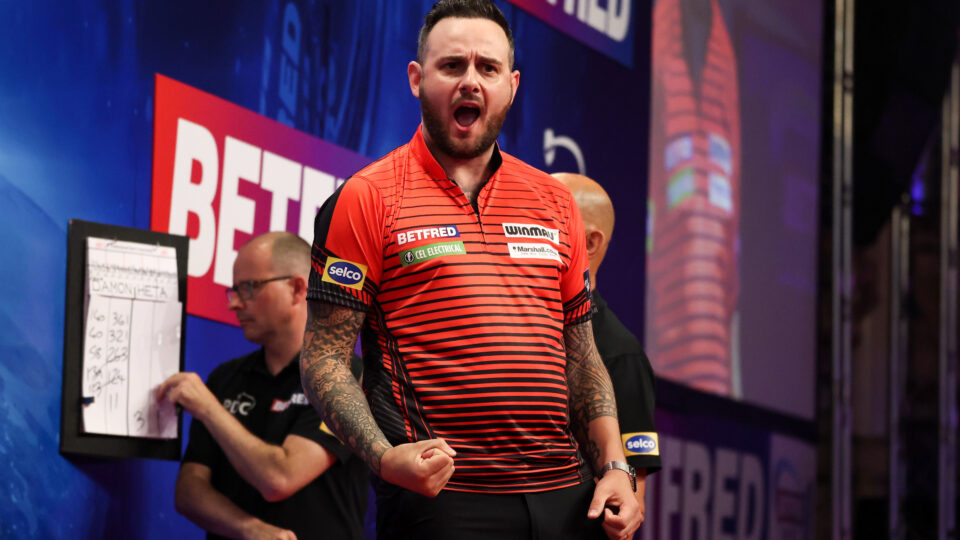 Cullen fired back as the Rockstar felt disrespected before his opening tie at the World Matchplay against Damon Heta. Cullen won the Master back in January and was edged out in a last-leg decider in The Premier League final just last month.

The bookies and many pundits through Heta was going to do a Joe on Cullen, but the Bradford man used this as motivation at the Winter Gardens.

“I was bang up for the game, the way that I have been written off. I think a lot of people expected Damon just to get rid of me, a lot of people have short memories. I was a dart away from winning the Premier League and was the Masters champion, I had a point to prove tonight and to Damon’s demise, I think that all the backing that he had was to his demise as I used that as massive motivation,” he said post match.

“I thought Damon was the favourite for the game, he’s in fantastic form, it’s more that I was written off. I’ve been disrespected in the past. I hope people write me off the next game as well.”

“It was tough but then I flew home and had Michael van Gerwen on a FaceTime asking how I’m feeling, I’m like Mike you’re the last person I want to see at the minute. To be within one dart, it does hurt. I threw it and thought it was in but it’s added to my stock a little bit. It’s not a bad year so far.”

“That’s the nature of the Matchplay. I think this year is arguably the best field that we’ve ever had. There’s not really a weak player in it. It’s good for viewing so I think whoever gets through it has really earned their spot.”