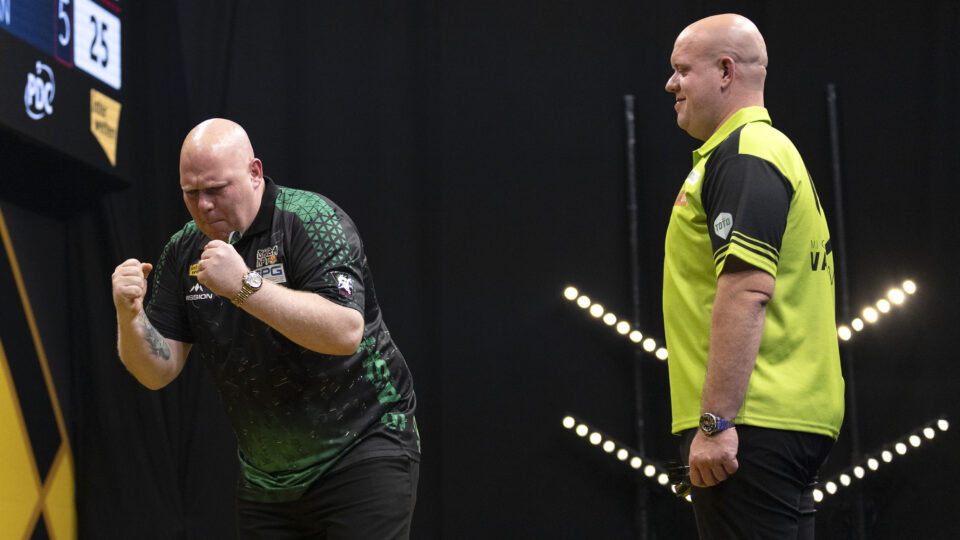 Martin Lukeman with the performance of the day at Interwetten European Darts Grand Prix on Saturday, defeating Michael van Gerwen 6-1 for one of the biggest wins of his career.

Over Easter, Lukeman of Watford reached the final of a European Tour tournament in Munich, continuing his love affair with German stage events by defeating world number three Van Gerwen.

The Dutchman has won three of the six European Tour events so far this year, but he was penalised for missing 13 doubles as Lukeman won the Hanns-Martin-Schleyer-Halle.

Lukeman will face Martin Schindler in the third round on Sunday afternoon, after the German ace defeated Madars Razma 6-2.

Luke Humphries, who won his second European Tour event of 2022 last weekend in Prague, defeated Ryan Meikle 6-5 to begin his quest for a second £25,000 payday.

The former World Youth Champion will face Joe Murnan, who defeated Jose de Sousa after coming back from a 4-2 deficit.

Jonny Clayton, the Cazoo Premier League leader, came back from a 2-0 deficit against Adrian Lewis to win 6-3 and go to the final day of competition.

Clayton’s third-round opponent will be World Champion Peter Wright, who fought back from a 2-1 deficit to defeat Sweden’s Johan Engstrom 6-2 in a thrilling match.

Wright appeared to be on his way to a fourth consecutive second-round exit on the European Tour, but finishes of 110 and 121 in consecutive legs broke his tie.

Danny Noppert, the UK Open champion, overcame Michael Smith’s 103 average to win 6-4 in a high-quality match, averaging over 102 in response and sealing victory with a 124 checkout.

Nathan Rafferty will face Noppert in the third round after the emerging Northern Irish star averaged 101.76 and took out 138 in a 6-3 victory over Dirk van Duijvenbode.

Joe Cullen, the Masters winner, was unable to reproduce his Premier League victory in London on Thursday, losing 6-3 against Rowby-John Rodriguez.

Rodriguez will now face Daryl Gurney, who fought back from a 4-3 deficit to upset Eddie Lovely 6-4, completing the victory with a 120 checkout.

Ryan Searle defeated Adam Gawlas 6-2, hitting 143 and 114 in the process, and will now face Damon Heta, who defeated Mickey Mansell in the deciding leg of a high-quality match.

Krzysztof Ratajski defeated Kim Huybrechts 6-2 with a faultless performance that included six doubles in as many attempts.

He now faces Rob Cross, the reigning European Champion, who defeated Jelle Klaasen 6-5 in the last leg thanks to a 14-darter.

The third round will take place in the afternoon session, followed by the quarter-finals, semi-finals, and final in the evening session in Stuttgart. 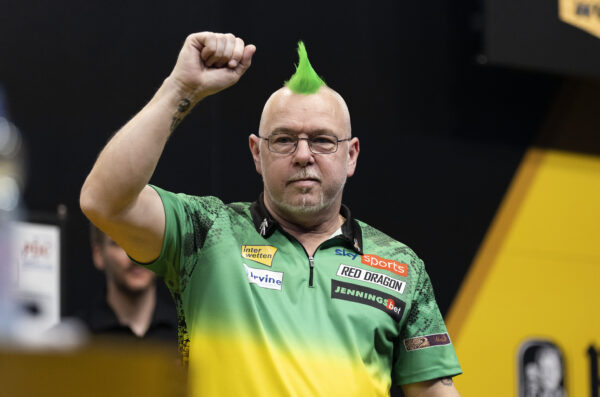