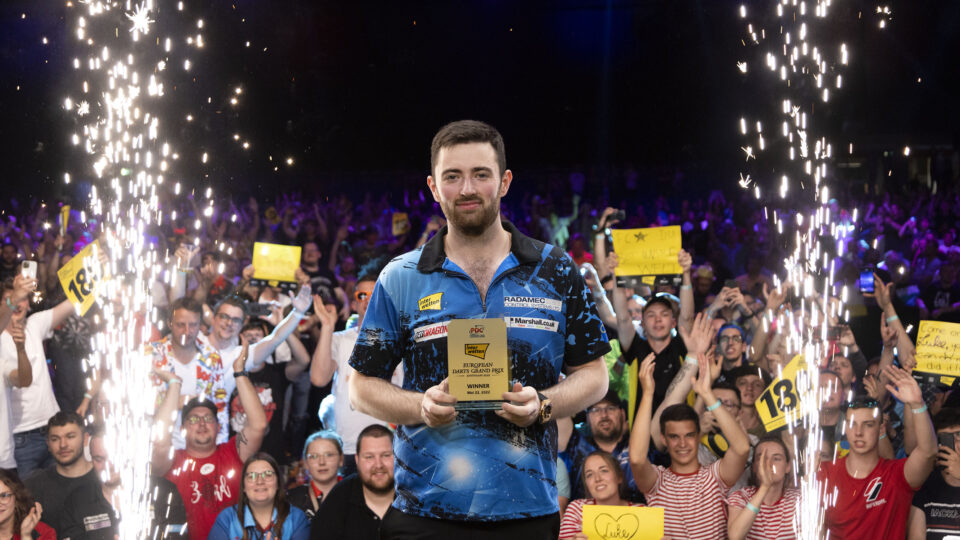 In a repeat of last weekend’s Czech Darts Open final, Humphries held it together to clinch a third £25,000 European Tour triumph of 2022 in style.

Cross this time took the final all the way to a deciding leg but fell just short of victory as his search for a first European Tour title goes on.

Cool Hand At The Double

Humphries improved as the day went on, firstly seeing off Joe Murnan 6-3 in the third round. He then dismissed Brendan Dolan in the quarter-finals without dropping a leg and then posting a huge 108 average in a 7-4 semi-final defeat of reigning world champion Peter Wright.

Cross took the final’s opening leg on double 18 and only for Humphries to respond to move 3-1 up.

Both players held throw for the next four legs, a sequence that included an incredible leg where Humphries scored 21, 180 and a second 180 before finishing 120 for a 12-darter and a 5-3 lead.

Humphries then powered in an 11-darter to break throw for a three-leg lead.

Superb legs of 13 and 14 darts from Cross saw the gap closed to one leg, before a nerveless 121 bullseye finish saw Humphries move to within a leg of victory at 7-5.

‘Cool Hand’ had darts to seal the title in the next two legs but they went begging as Cross forced a deciding leg.

Cross was first to a finish in the final leg, but after failing to give himself a dart at a double on a 118 finish, Humphries stepped in to take out 108 for victory.

Cross began Sunday’s final stages in jaw dropping fashion by landing a 170 checkout and hitting six out of six on doubles in a third round win over Krzysztof Ratajski.

Rowby-John Rodriguez was defeated in the quarter-finals by a 6-4 scoreline before averaging 110.73 in his 7-4 semi-final defeat of Damon Heta.

Australian Heta was appearing in his second European Tour semi-final of 2022 after enjoying wins in deciding legs against Ryan Searle and Martin Schindler on Sunday.

Peter Wright had a strong weekend with 6-1 wins over Premier League leader Jonny Clayton and UK Open champion Danny Noppert, a match where he averaged 111.

Rodriguez reached his second successive European Tour quarter-final following a third round win over an out of sorts Daryl Gurney. Noppert was in the last eight for the third time this year.

Brendaan Dolan’s win over Andrew Gilding earned him a first European Tour quarter-final since last September. Martin Schindler was the best of the home contingent home star as he reached the last eight.