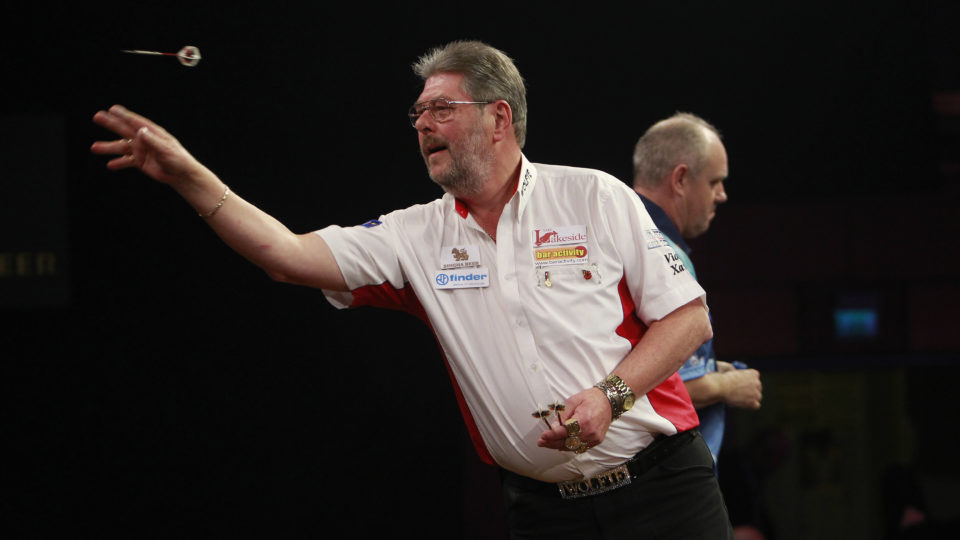 Martin Adams, the former three-time BDO World Champion, took a break from the Modus Live League to sit down and talk to Phill Barrs. Among other things, they discussed the recent PDC Q-School.

As we now know, Wolfie didn’t go and other players successfully grabbed their cards. But in the lead up, it was a question many were asking. During the chat, he elaborated on why.

So, did the thought ever cross his mind?

“The main reason is the gruelling circuit and the tour that is on. If you get your tour card, that circuit seems to be very gruelling.

At 64 years of age, I really don’t think that the body would actually handle it. So, no, definitely not for me no.”

Adams knows he has a large following and people would love to see him compete week in, week out on tour. But for him, it’s just too late in his career.

“I’m sorry to disappoint people, but it’s going to be a non-starter for me, because if I did happen to get a tour card, I just don’t think I could stay the pace.

“You travel here, there and everywhere. Week in, week out, and so forth. Living out of a suitcase. I’m 64, I couldn’t hack it.”

It’s time to look after the bones

Wolfie went on to reflect on a time when he’d be away from home 8 or 9 months a year, travelling around, living out of suitcases and hotels. A time when, if he was to have gone to the recent PDC Q-School, he could have hacked it.

“I was a lot younger then. My body wouldn’t take it. These days I struggle with my calves walking, maybe it’s because I don’t do enough walking, I don’t know.

“I’ve got arthritis in my shoulder. My osteopath has always told me that I will get arthritis in my neck and I think it’s on the way. There’s a few clicks in the left hand shoulder now as well.

“Sometimes when I’m playing I get some real sharp pains in the elbow joint. The bones are creaking, so it’s time to look after the bones and do what you can, when you can.”

You can see the full interview with Wolfie below.

Don’t forget, the Online Darts Live League is back tomorrow at 9.30am live on our Youtube Channel