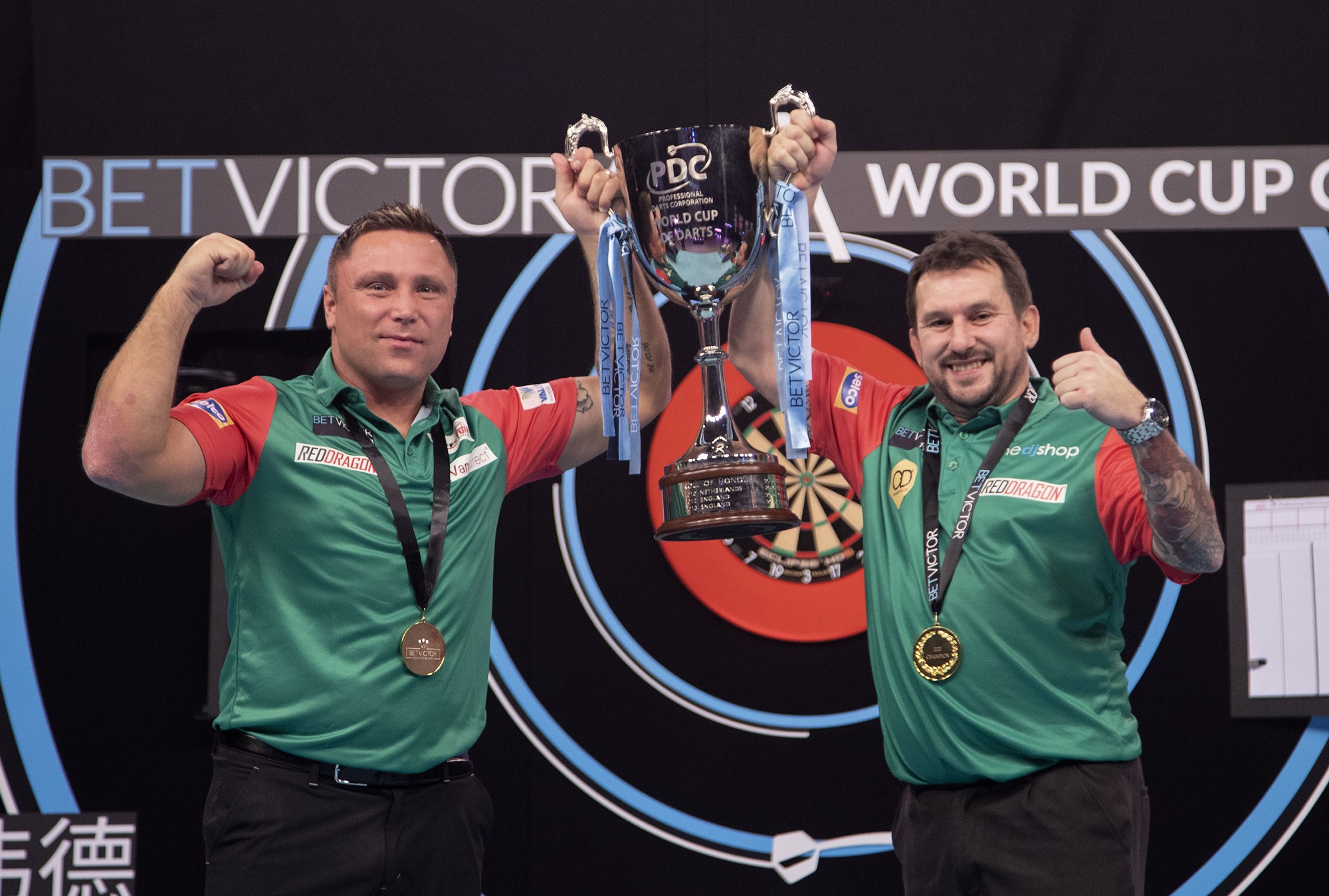 PDC World Cup of Darts moved back till September.

The PDC World Cup of Darts is usually played in June. However, for the second year in a row, the tournament has been moved due to the COVIS 19 pandemic.

The 2020 tournament was moved from Germany to Austria so that fans could attend the event. But will now return to Germany.

The 2021 World Cup of Darts will be staged at the Sparkassen-Arena in Jena, Germany, from September 9-12.

The 32-nation tournament features two-player teams representing their countries in a mix of Doubles and Singles competitions over four days, with Wales winning the World Cup for the first time last year.

This year’s tournament will be held in Jena, Germany, in front of the Sky Sports cameras, after taking place in Salzburg last November. The Sparkassen-Arena previously hosted the PDC’s European Tour in 2017.

Now the cutoff date for the World Cup of Darts has been put back. The teams could have a very different look to them. With the World Matchplay ranking money will now be taken into consideration. This could see Rob Cross dropping out of team England. Also, now there will be a chance for the chasing Dutch players to partner Michael van Gerwen.

Tickets details will be confirmed by PDC Europe in due course, subject to announcements from the German government regarding crowds attending sporting events.

The World Cup of Darts will be televised on Sky Sports, through the PDC’s international broadcast partners, including RTL7 and DAZN, on PDCTV for Rest of the World Subscribers and on Matchroom.live.