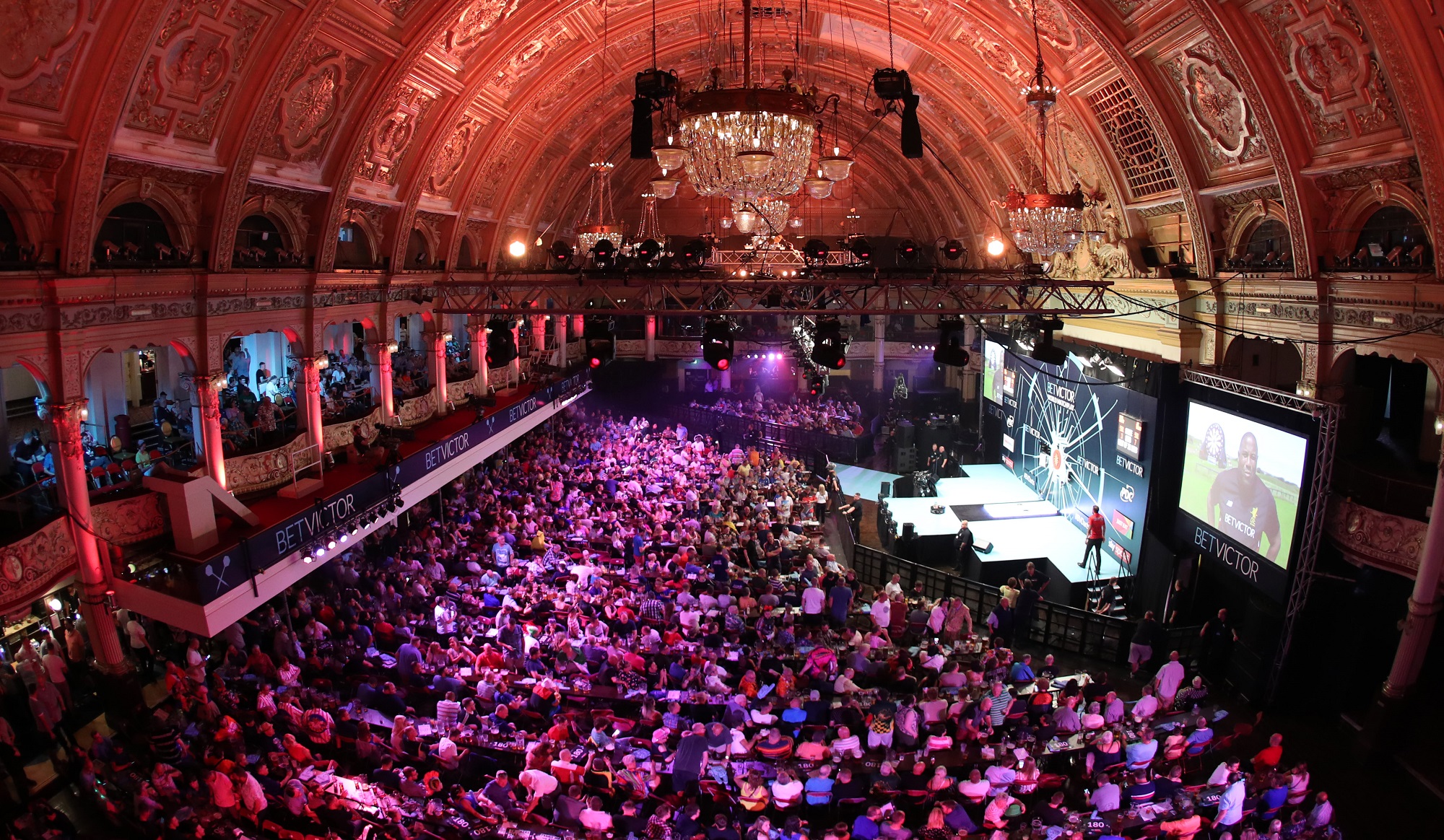 After weeks of speculation, it was confirmed that the 2020 PDC World Matchplay would be played behind closed doors at the Marshall Arena in Milton Keynes. The news won’t have come as a huge surprise given the global COVID 19 pandemic. Darts fans were still holding out a small hope that the loved tournament would take place in the rightful home of the Winter Gardens in Blackpool.

The Winter Gardens has been the home of the Matchplay since its inception in 1994. The Winter Gardens Ballroom is synonymous with the Matchplay, and one of sports iconic venues. PDC Chairman Barry Hearn had repeatedly held out hope that a small crowd would be granted to attend, but those hopes were dashed this afternoon.

In a press release from the PDC

“This is an unprecedented step for us to take and this tough decision has been made only after exhausting all possible options in a bid to stage the Betfred World Matchplay with a limited crowd in Blackpool,” said PDC Chief Executive Matt Porter.

“Whilst this will be disappointing for the thousands of fans who had planned to watch the 2020 Betfred World Matchplay live in Blackpool, we will be offering those fans the chance to defer their tickets to 2021 when the tournament will return to its spiritual home.”

Now that the tournament will be played behind closed doors, it would become a real level playing field as many of the top PDC stars feed of the atmosphere and crowd.

The only time before a major PDC event was played behind closed doors was the UK Open in Minehead in 2018 due to the ‘Beast for the East.’ Gary Anderson won the tournament, but the other three semifinalists that day wouldn’t have been fancied much before play.

It will be interesting to see how the Matchplay places out in these circumstances; all the action can be watched live on Sky Sports from the 18th of July. If you don’t have Sky, then click here to stream the darts live.