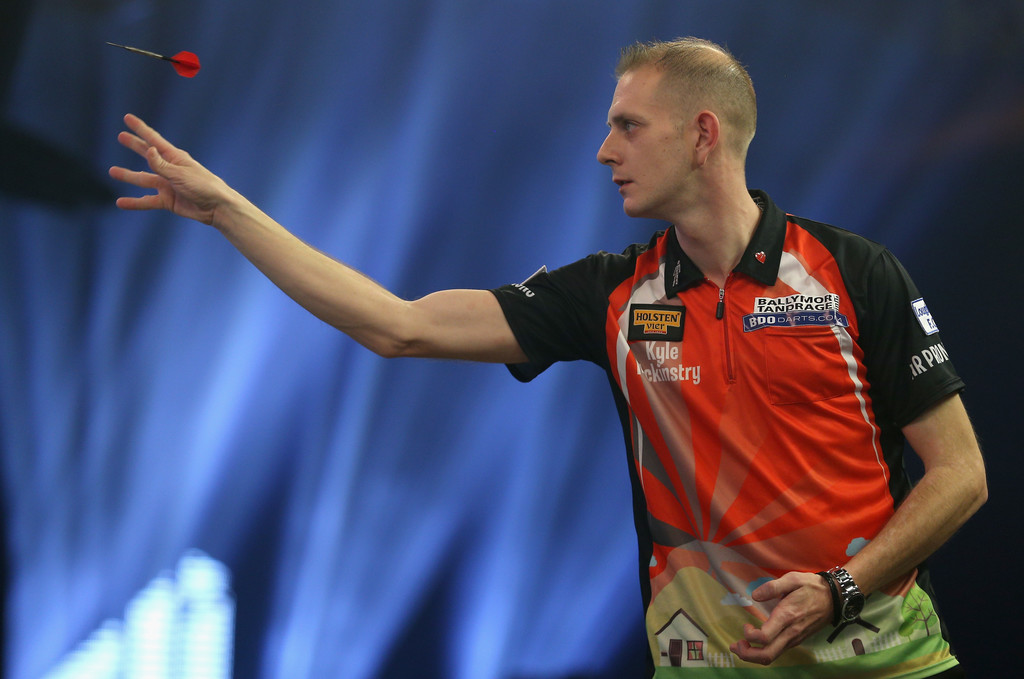 McKinstry handed an eight-year ban from the darts, the longest in the history of the professional sport.

Kyle McKinstry has been banned from darts for a total of eight years for match-fixing following the conclusion of the DRA investigation.

The charges relate to two games in the Icons of Darts Live League.

The first charge was that he had agreed to fix the result of his match against David Evans, where he would lose the game 5-0.

Between the eight bettors and McKinstry, important relations were found. One was a close associate, while some of the others were either McKinstry’s or his partner’s Facebook friends.

Charge Two alleged that by purposely failing to score any 180s, in a match against Wessel Nijman on May 2.

Again before the match, McKinstry had alerted others to his plan, thereby enabling them to place winning bets on this particular result.

Multiple £ 100+ bets were made on McKinstry to score less than 1.5 180s against Nijman, and the Northern Irishman did not properly reach a limit.

McKinstry reached two 180s against Martin Adams out of his four matches that day and failed to score any in his other three matches.

On November 25 2020, the Committee released its decision on sanction in the McKinstry case
which is as follows:

Nigel Mawer, the DRA Chairman, said “This shows that any player found guilty of match-fixing at any
level of the sport will be caught and will face a lengthy ban. The specific suspension for failing to
produce itemised phone billing is welcomed, as the requirement for co-operation from Players is an
important part of any DRA investigation”.

Last night McKinstry took to his Facebook page to say the following.

“I am just writing this to let everyone know I have been banned from the sport I love (darts) for 8 years. I made a bad error of judgment at a bad time in my life. This is something I will regret for the rest of my life, and I hope this Is a catalyst for anyone else in a bad position. I am going to work hard and keep my head down and hopefully put this behind me and come back bigger and stronger.”