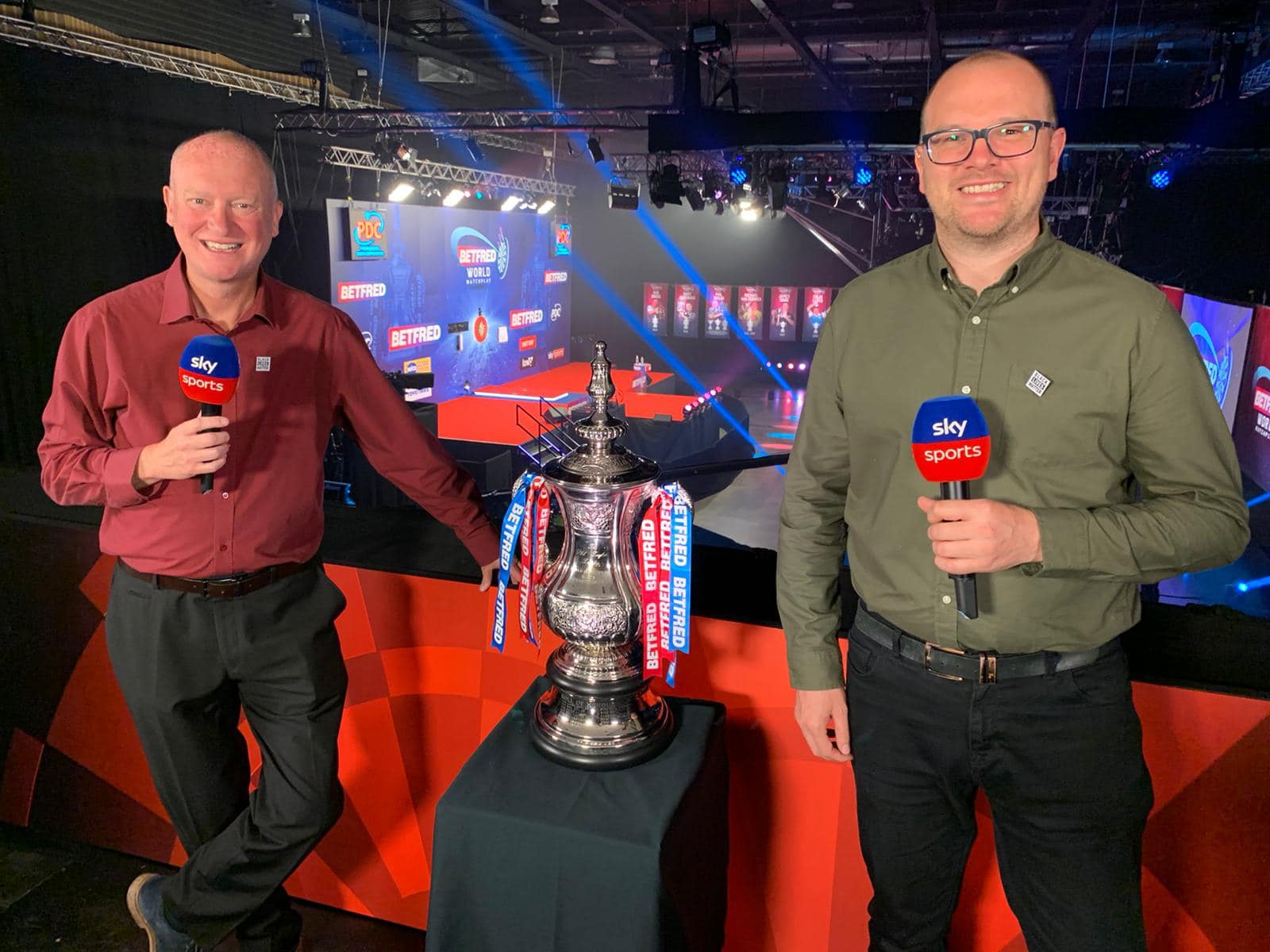 Nigel Pearson reflects on stepping into Dave Clarks shoes ” I’m thinking, I’ve got to follow that.”

Sky Sports and TalkSports’ Nigel Pearson tells how he was “a bag of nerves” ahead of stepping into the shoes of Dave Clark at the 2020 Matchplay.

Dave Clark announced his retirement due to ill health just a few days before the Matchplay. Pearson, explained that he wasn’t aware of the retirement when he accepted the opportunity to present the nine day tournament. He’d been told that Clark was unavailable and admitted that he still didn’t know to this day if Clark had told Sky of his intentions at the time.

“And then all of a sudden I’m like.. I’ve got to follow that. There was a week of tributes for Clarky and the brilliant work he has done, and he deserved every tribute, every word that was said about him, to him was well deserved and still is to this day”

“I’m glad I did it, I enjoyed it, it was a great experience. I’m really pleased, I did that, I did a few days of the premier league, so I’ve really enjoyed it. It’s really hard when you are commenting and presenting, it’s almost impossible really. At the Matchplay I was presenting and doing two matches a night so it was like the Nigel Pearson show, which nobody wants.”

Pearson admitted that the first night of the Matchplay was one of the most nervous occasions he had ever had in his career, comparing it to his first ever football match on the radio when he was 19 and his debut on Soccer Saturday.

“I remember, the first day of the Matchplay I was an absolute bag of nerves, an hour before going on air when we were rehearsing I was so nervous I was swerving from side to side in the rehearsal. I can’t explain fully the pressure I felt under, it was the first tournament back and Clarky had announced his retirement, and there was I, in front of the camera. I don’t think I let anybody down, I think I was a safe pair of hands. It’s very demanding doing a four hour show presenting as well as commentating but I’m quite pleased with what I did. I think Sky were very grateful, I’ve had lovely messages from Sky. I was like a caretaker football manager”

“It’s a no contest, it’s commentary”

Asked if he had to choose one, presenting or commentary, Pearson did not hesitate;

“It’s a no contest, it’s commentary, I love it, I love being in the commentary box. I love commentating on darts, on football, on speedway that I do as well. I love everything I do when it comes to commentary, I am happy to host if people need me to, and I’ve proved that I can do it.

Taking a break from homeschooling his children to speak with Online Darts, Pearson also reflected on the recent darts World Championships

“The players did a fantastic job with no crowd, they deserve fantastic credit. I was so engrossed in one game that life felt normal. It is wonderful the level of entertainment they provided when people were feeling low. The first lockdown was a nightmare with no sport whatsoever. I’d never been so excited about watching a Bundesliga game”

Pearson also paid tribute to Emma Paton who has taken over as Sky’s lead darts presenter on a more permanent basis;

“I am really pleased how Emma has come in and done a great job, she’s a wonderful person to be with, a great colleague and we have a laugh in the press room. She’s doing a great job, I think it’s wonderful what Emma has done.”