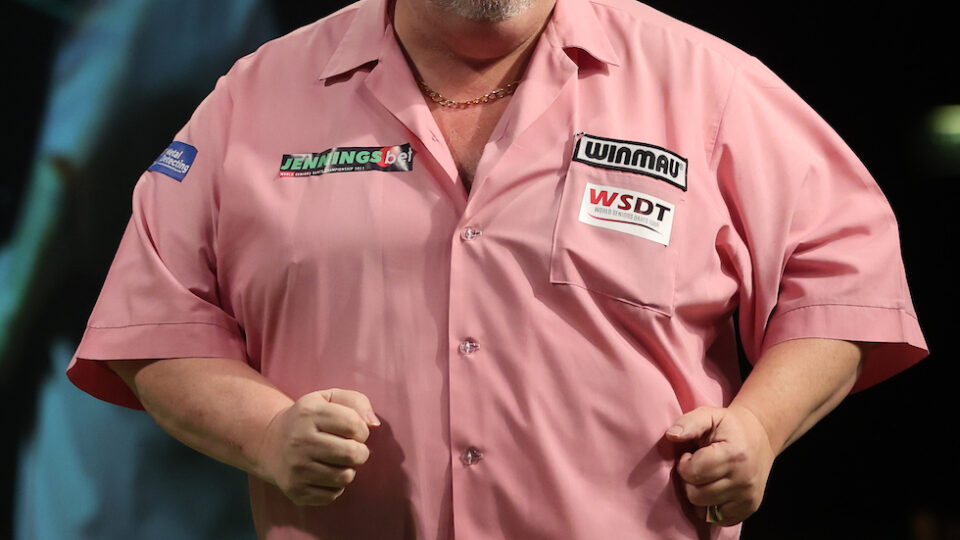 Peter Manley sets up showdown with The Power

Peter Manley and Phil Taylor will do battle on the Circus Tavern stage once again.

Manley recovered from one set down to win 3-1 against Deta Hedman.

Taylor and Manley did battle on three separate occasions at the World Championships. Each time in the final, and each time with the same outcome.

The pair will face off as the headline match of the evening session on Friday.

Hedman took the opening set as she settled the fastest on the Circus Tavern Stage. That unfortunately was as good as it got for the Heart of Darts as she only managed to win another two legs in the match. Manley raised his game from set two onwards, but will need to find an extra level tomorrow.

The Artist brushes past O’Shea

Kevin Painter may lie in waiting for the winner of that match. The Artist will take on Wayne Warren to open Friday evening’s session, after he defeated Tony O’Shea in a mammoth encounter.

Painter looked like he would run away with the match, as he won the opening two sets. The third set went all the way to a decider, but O’Shea hung on to extend the contest.

The fourth set also went the way of O’Shea, taking us to a final set.

The fifth set of any match must be won by two clear legs. At 5-5 there will be a sudden death leg with no bullseye.
The match narrowly avoided the sudden death leg with Painter winning the final set 6-4. O’Shea had previously broken in the set to lead for the first time, but a 156 checkout from Painter, the highest of the tournament so far, steered the match back in his favour.

Thornton eases into Round Two

Bob Anderson delights the crowd with his signature finger point. The crowd had to wait until his final three darts of the match to see it, but the Limestone Cowboy produced the 180 visit just before Thornton hit double 20 for the match.

Thornton, the younger and fitter of the two men, was the better player throughout. The Scot was never really troubled by the 1988 World Champion, although we did see glimpses of the old Anderson. A 116 checkout in the first set a highlight.

The Thorn entered the tournament as one of the favourites, and this performance will not have dented those chances. He finished the match in style winning the final set in just 42 darts. An average of 107.

Hometown Qualifier Richie Howson saw off Darryl Fitton in the second five set match of the evening. The volume in the Circus Tavern rose significantly as the man from Rainham took to the stage with a significant amount of support.

It was an edgy start from both, as they missed plenty of doubles between them.
Fitton was the man to capitalise on the opportunities taking the opening set, but Howson found his feet and responded by winning the second.
The third set also went the way of Howson as he won his 4th 5th and 6th leg in a row.

Fitton halted the run in set four as the pair once again had issues on the outer ring forcing a deciding set.
Howson though ran away with set five, once again winning in straight legs, and sets up a match with Martin Adams tomorrow.