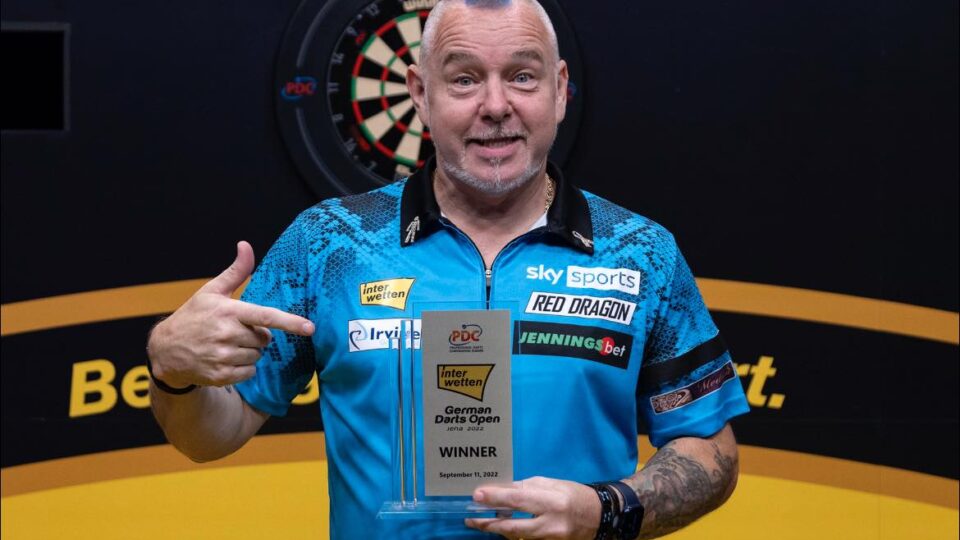 Wright, who was competing in only his second competition since recovering from gallbladder surgery last month, won the £25,000 first prize at the Sparkassen-Arena on Sunday.

The World Champion was the pinnacle of consistency all weekend, overcoming a spirited performance from Van den Bergh to win his seventh European Tour title with an 8-6 victory.

Wright got out to a fast start in Sunday’s main event, following up 120 and 160 checkouts with a ten-darter on the bull to take an early 3-2 lead.

Van den Bergh responded with a 12-darter to tie the game at three apiece, igniting a run of three straight legs for the Belgian, but misses at tops and then the bull for a 161 finish in consecutive legs allowed Wright to reclaim the lead at 5-5.

The Scot regained the lead with a 13-darter, and despite Van den Bergh’s 12-darter riposte, Wright followed up a 68 combination with a 13-darter hold to end his five-year wait for European Tour success.

“Dimitri is a fantastic player. He’s the future of darts, but the old guy is still doing it!” claimed Wright, celebrating his first PDC ranking title since February.

“Last week I really fancied going to Hungary and winning the tournament, but I went out first round. I wasn’t good enough.

“Jena is a fantastic place to play though. The crowd get behind me and inspire me to play fantastic darts, and we wouldn’t be anywhere without these amazing fans.”

Following his first-round departure in Hungary last weekend, Wright returned to winning ways with a 6-3 triumph against Raymond van Barneveld on Saturday night, and he defeated Jonny Clayton by the same scoreline on Sunday afternoon to maintain his challenge.

The Scot dominated in the quarter-finals, defeating Ross Smith 6-2, then ending Joe Cullen’s bid for back-to-back European Tour titles with a 7-4 victory in the semi-finals, registering ton-plus averages in both sets.

Van den Bergh, who was competing in his second European Tour final, had an interesting evening in Jena, receiving a medical examination after feeling unwell following his quarter-final victory.

The PDC European Tour continues on September 23-25 with the Belgian Darts Open at the Oktoberhallen in Wieze, with 48 players competing in the season’s penultimate event. 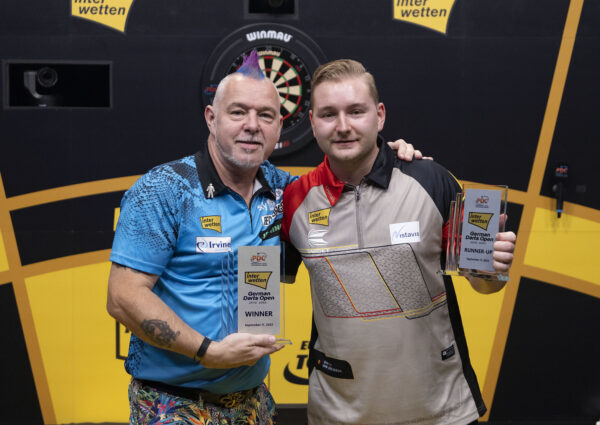