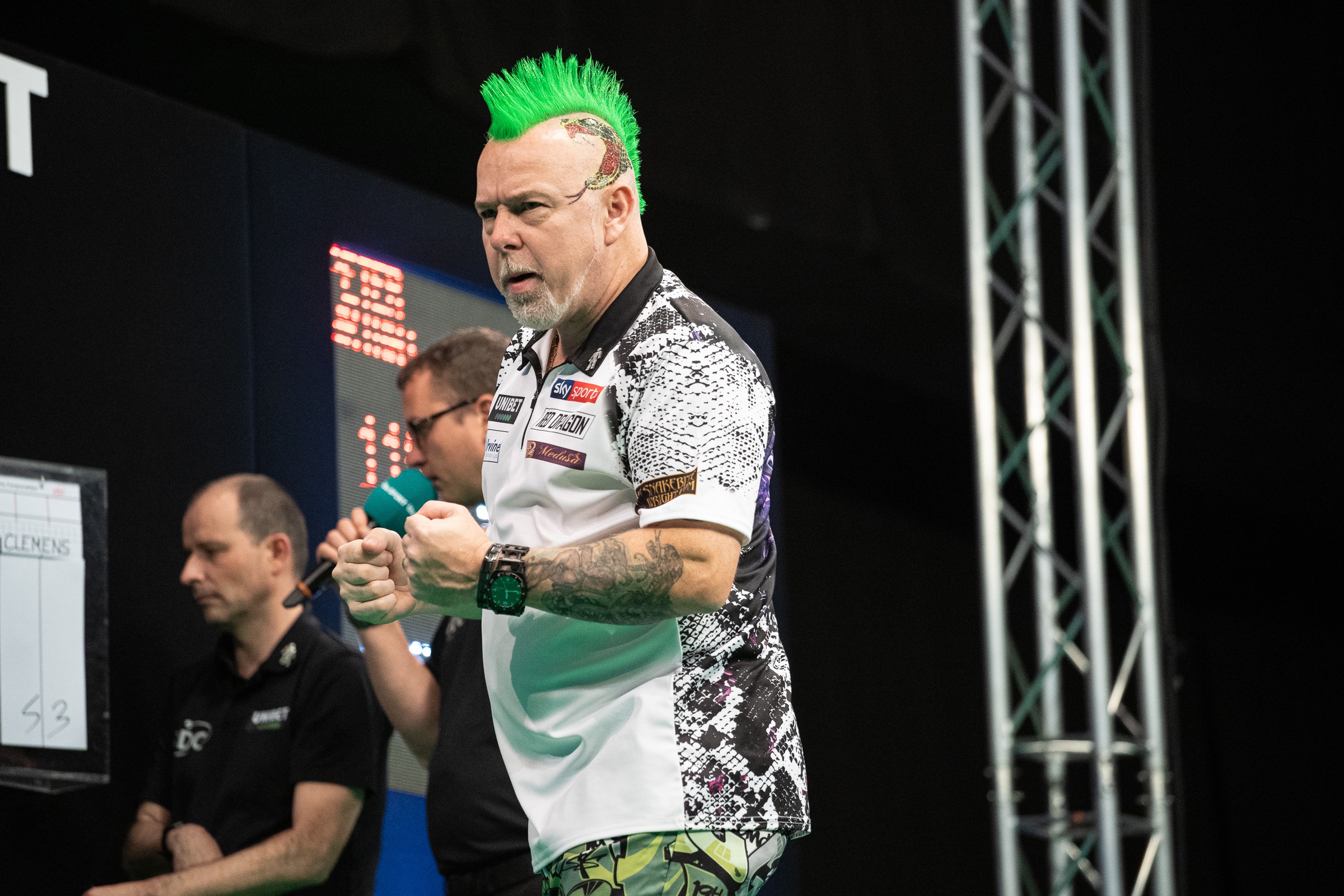 Peter Wright “I wasn’t enjoying the game, so I needed a break.”

World Champion Peter Wright says the COVID19 pandemic has had a significant effect on all the dart players, and this is the reason that most aren’t performing to their best at the moment.

Wright was speaking after his first round over Gabriel Clemens at the European Darts Championships in Oberhausen.

“I think it’s down to the whole COVID thing. As darts players, we thrive off the crowds being there and it’s very difficult to turn up to play in false arenas where the background is more annoying, it’s difficult.

“Just look at averages and preferences of all the darts players at the moment it’s very, there’s no one outstanding or consistent, that’s because we’re trying to get to these places.

“Being tested and tuff like that, and we’re all nervous. Who to touch, who not to touch you can’t touch anyone. It’s not nice.

“I think it’s affecting the dart games the averages you can see that.”

Wright also revealed that he needed a break from the sport as he wasn’t enjoying it. But after missing the final two Euro Tours of the season, Wright is back feeling fresh and ready to take home the trophy.

“The time I had off, the week and a half, two weeks I wasn’t enjoying the game, so I needed a break.

I just had a little bit of time for this, but I feel nice and fresh. I fancy picking up the trophy at the end of the week.”

With his victory last night Wright will face world number two Gerwyn Price this evening in a repeat of the World Championship semi-finals. On that day it was Wright who came out on top, but you would have to say that right now the form book favourites Price.

Watch Price v Wright all the information can be found here.