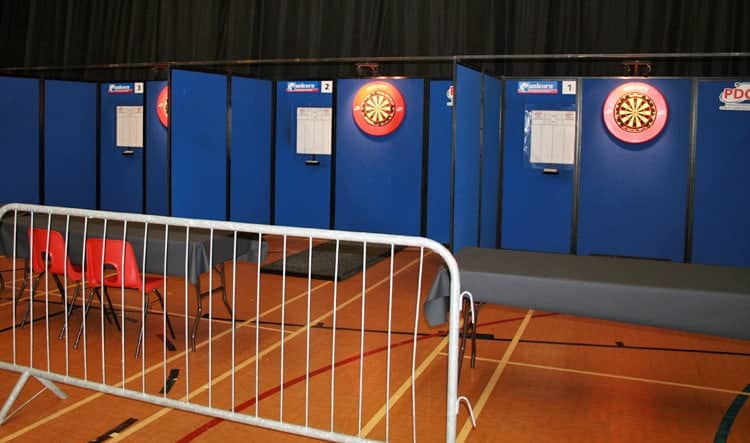 The PDC Summer Series is now less than two weeks away, and the news was revealed that the players that they would have to mark their boards when they lose. The Marshall Arena in Milton Keynes, will be used to create a bubble environment for the Summer Series. The PDC emailed the players brief to all 128 tour card holders over the weekend. With some very drastic changes in the brief.

One of the main changes is that players will be required to mark when they lose. Since 2010 there has been a volunteer makers scheme in place, meaning players no longer had to mark the next game when they lost.

With the global COVID pandemic still gripping the world. Tighter measures and control will now be in place, so the sixteen markers normally at Pro Tour events won’t be at the Summer Series.

One of the other significant differences now in place, from when players use to have to mark is the use of DartConnect. The old fashion pen and whiteboard has been replaced with a software platform so that fans can follow every game.

The changes for the Summers Series is going to challenge all of the people at the venue, not just the players. As the environment will be a far cry from what they are used to. A lot is riding on these five Pro Tours, as it’s the last chance for players to qualify for the Betfred World Matchplay later in July. Look at the order of merit here.