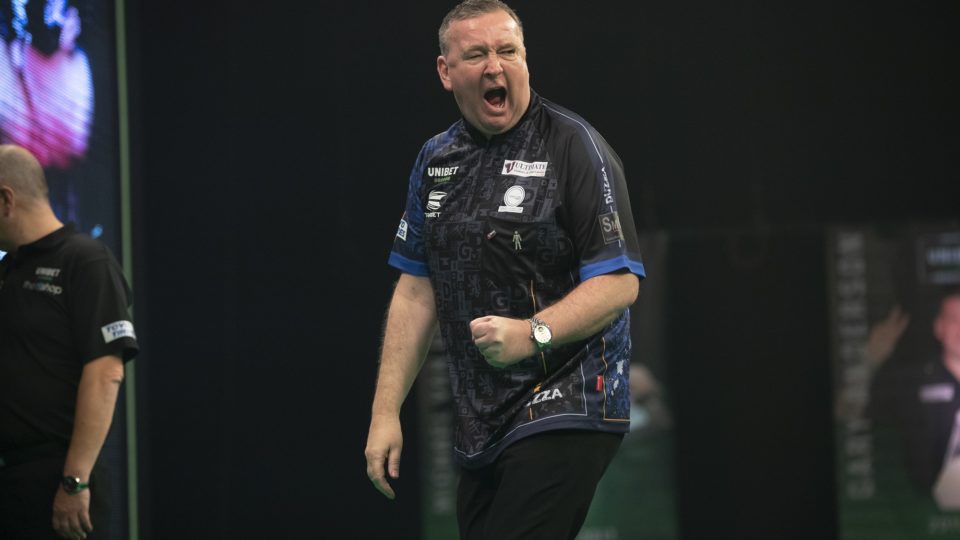 Numerous clinching scenarios could happen on night 14 in the Premier League.

Glen Durrant became the first player to make the Play-Offs in October last night, and one player could join him this evening.

But, it could be all over for one player if they do not find a win in Milton Keynes tonight.

All to play for in Milton Keynes

Glen Durrant has made the Premier League Play-Offs, but he is still not guaranteed top spot with three games to go.

However, that can change this evening. If Gary Anderson were to lose to Michael Smith, a win for Durrant would see him top the league phase and earn an extra £25,000.

Anderson will be looking to win tonight as well though. A win for him, plus losses for Peter Wright and Michael van Gerwen, will see The Flying Scotsman join Duzza in the Play-Off places.

Speaking of fifth placed Van Gerwen, if he wins tonight against Durrant, he will guarantee himself a place in the Play-Off places. This is because third place Nathan Aspinall faces off against fourth placed Peter Wright.

At the opposite end of the table, it’s finally make or break for Daryl Gurney. He’s got to win against Gerwyn Price to stand any chance of making the top four.

You’ll be able to see if any of these clinching scenarios in the Premier League happen tonight from 19.00 BST. The action is live on Sky Sports, and via the PDC’s broadcast partners.