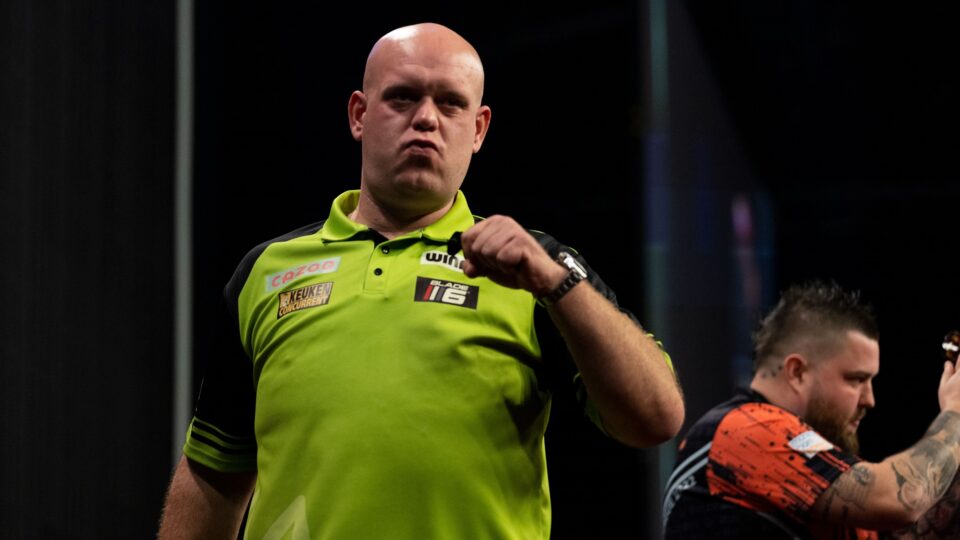 After winning nights in Exeter and Brighton, Michael van Gerwen will be looking to make it three in a row in Nottingham.

MVG Looking to make it three on the bounce

Michael van Gerwen will be looking to extend his lead at the top of the Premier League table by making it three winning nights in a row.

Michael who won both events last week looks in fantastic form and will be looking to take advantage of a player who hasn’t been in action since his Quarter Final loss at UK Open to Danny Noppert.

The winner will take on either last week’s runners-up, Michael Smith, or James Wade, who meet in an all-English encounter to open up proceedings in Nottingham.

Peter Wright will be looking to return to the top of the Premier League table, after losing the top spot to MVG on night five.

Snakebite is another player who is carrying an injury, after withdrawing from the German Darts Championship due to a back injury.

Snakebite will take on Rockstar, who is looking to break into the top four.

Joe Cullen currently sits in sixth in the table on his debut year, however, he’s only two points off Price and Wade who occupy fourth and fifth respectively.

The winner of the final Quarter Final will take on Gary Anderson or Jonny Clayton for a place in the final on night six.