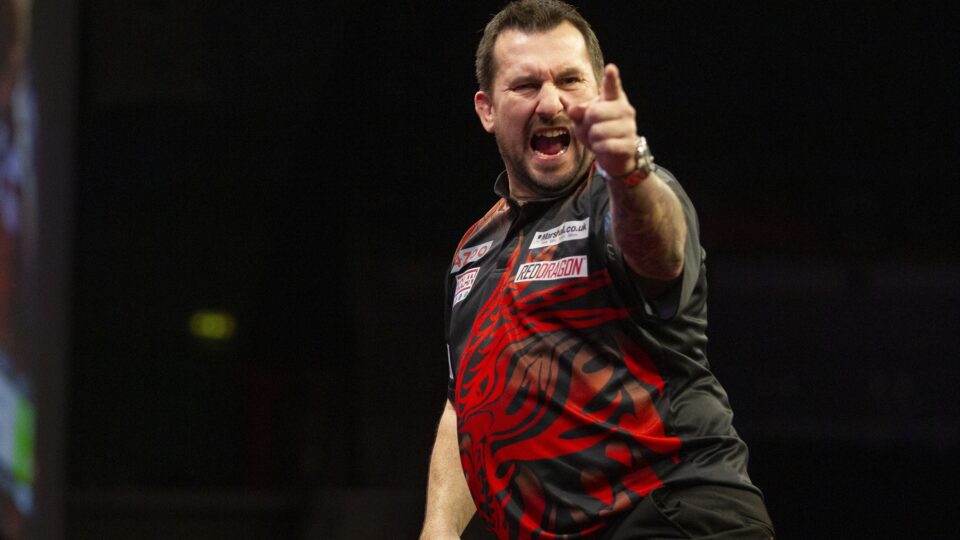 The Premier League roadshow continues this evening, with the third mini-tournament being played out at SSE Arena, Belfast.

Night one was won by World Champion Peter Wright, with the 10k going to Jonny Clayton last week, who also made it back-to-back Finals.

Jonny Clayton will be looking to continue his good form in this year’s Premier League and he will be the last of the four Quarter-Finals when he takes on James Wade.

The Ferret defeated James Wade in week one on his way to the Final. Clayton goes into this week’s mini-tournament as a favourite after defeating Joe Cullen in last week’s final.

The winner will take on the winner of the all Scottish affair in the Semi-Finals.

Winning the World Championship just over six weeks ago hasn’t changed the mindset of Peter Wright, who continues to find perfection with his darts. This was in full flow the weekend when we saw Snakebite use three different sets in a Pro Tour game last weekend.

Wright will be looking to add 10k to his bank balance again after winning the tournament on night one. His opponent will be his fellow countryman Gary Anderson who we are yet to see the best of this year.

Flying Scotsman got a win on the opening night, before being defeated by Peter Wright in Semi-Finals and then seeing Price get the better of him last week.

Cullen looking to continue an outstanding start to 2022

Joe Cullen has had an incredible few weeks on the dartboard and will be looking to add a Premier League night win to his start.

The Rockstar picked up his first TV title in Milton Keynes at the end of January, before backing it up with back-to-back Player Championship titles last weekend.

Joe Cullen’s form has seen him win 26 out of 30 games this year, but he’s coming up against a player who has never lost a Premier League game in Belfast.

Michael van Gerwen’s form seems to be slowly coming back but he’s been on the receiving end of some unbelievable performances in the last seven days.

The Green Machine looked in fantastic form last week after defeating World Champion with 102.98, before being on the receiving end of 106 average from Clayton who defeated him 6-5. MvG also had a good run in PC3 before losing with a 102 average to Damon Heta.

Bully Boy is the only player yet to pick up a win in this year’s Premier League and it doesn’t get any easier for Smith, who takes on The Iceman who is looking to pick up his first winning night.

Gerwyn Price is yet to set the world alight in 2022 however, you would be a brave person to back against him finding his form leading up to the UK Open which begins in a couple of weeks.