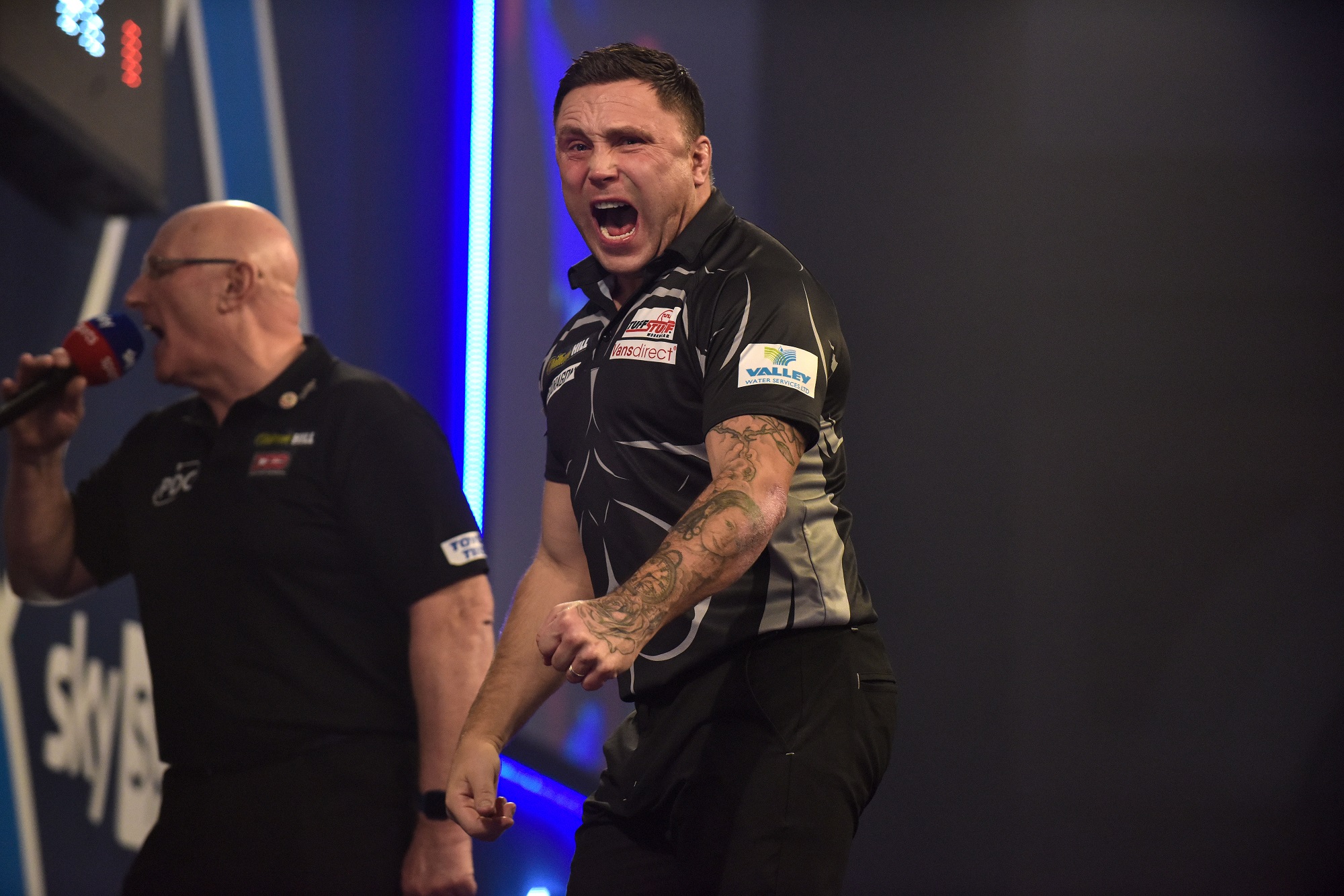 Defending champion and world number one Gerwyn Price became the first player into round three on night one of the 2021/22 PDC World Darts Championship.

Exactly 365 days since the last session at Alexandra Palace with fans in attendance, The Iceman lived up to his nickname. After losing the opening set, he beat Richie Edhouse 3-1 to be the first player into the last 32.

Elsewhere, night one of the World Darts Championship saw Adrian Lewis fight back to defeat Matt Campbell 3-1. It was an easier night for Ricky Evans, who saw off India’s Nitkin Kumar 3-0.

Edhouse had to fight back from 2-1 down to beat Peter Hudson 3-2 in the first match of the tournament, despite missing 39 darts at a double.

However, it was Price who squandered darts at a double in the first set. He missed six darts across the three legs, as Madhouse took out shots of 70, 56 and 32 to go 1-0 in front. The second set went on throw and to a deciding leg, but The Iceman held his nerve, finding an 86 finish to level the contest.

Madhouse once again took the lead, this time in the third set. 29 darts later though, Price levelled and forced a fifth leg. There, with Edhouse on 129, The Iceman produced a sensational checkout, hitting a 130 on the bull to break throw and go 2-1 in front.

With the darts in the fourth set, the World Champion found double 14 to hold in the opening leg, before another 130, this time on double five, moved him within one. 13 darts later, Price hit double 16 to complete the comeback and avoid being the first defending PDC World Champion to go out in the opening game of their title defence since 2004.

Lewis and Evans into round two

Adrian Lewis won nine of the last 13 legs in his 3-1 victory over Matt Campbell, as he set up a mouthwatering second round clash against Gary Anderson.

Campbell took the opening two legs of the opening set, but missed tops for a whitewash. Lewis took advantage, hitting double five, before finding double 10 in the next leg to level. The Canadian though hit a 66 outshot in the fifth leg to take the first set. Jackpot responded immediately in the second set though. He found double top three straight times, hitting checkouts of 40,60 and 53 to level the contest.

The third set went on throw until the fifth leg, when an excellent 137 left Lewis on tops after 12. When the Ginga Ninja could not take out a 128, the two time back to back champion hit double 20 to move 2-1 in front.

The Canadian broke at the start of the fourth set, before Lewis broke back immediately to level. Both then held throw, before Jackpot completed the comeback, hitting double 18 for another 3-2 set and the victory.

Lewis joined Ricky Evans in setting up round two clashes on the second day of the tournament. He beat India’s Nitin Kumar 3-0 to set up a tie against Daryl Gurney in the afternoon session tomorrow.

The first set went with throw until the fourth leg, when Evans produced a stunning 167 outshot to take the opener with Kumar sat on 81 to level. The Indian then missed six darts to take the first leg of the second set, which Evans punished to break the throw. 32 darts later, he was 2-0 in front, hitting finishes of 60 and 68 to do so.

The third set went on throw again, with Kumar leaving tops after 12 to try and force a deciding leg. However, Rapid Ricky found another excellent ton plus checkout, this time a 130, to close out a straight sets victory. The Indian player is still to win a set on the Alexandra Palace stage.