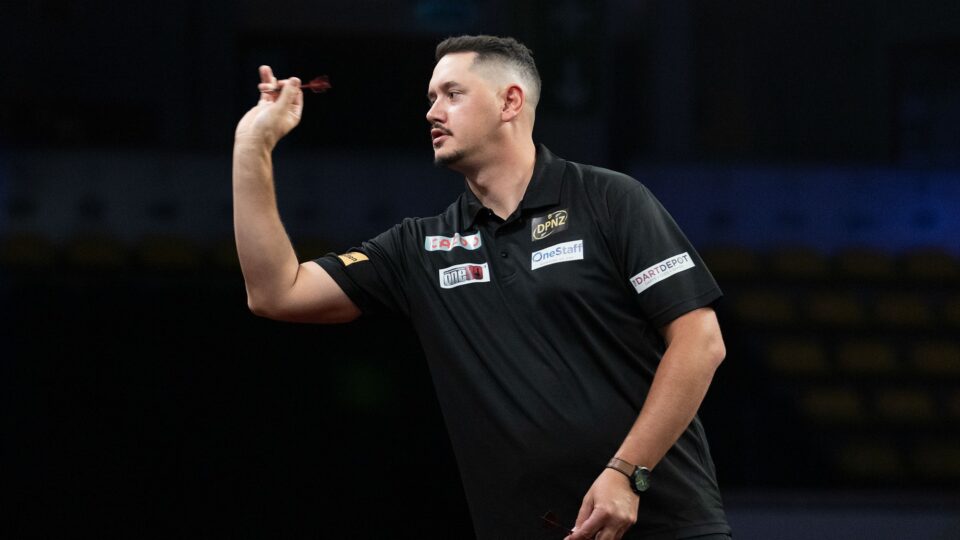 The third and last World Series event in August, held at the Globox Arena in Hamilton from August 26–27, will feature Robb and Parry, who represented New Zealand at this year’s World Cup of Darts.

Prior to the qualification cut-off, the top two slots on the DPNZ Order of Merit were held by the pair. Robb solidified the top spot with back-to-back victories.

After convincing wins over Kayden Milne and Jamie Roberts, the 33-year-old sealed Saturday’s championship with a 7-5 triumph over Mark Cleaver, a three-time World Series qualifier.

After overcoming Hipi Tewhakaara and Darren Herewini in the closing stages of his run to Sunday’s final, Parry will make his first appearance on the World Series stage since 2018.

Following Mal Cuming’s victory in the DPA Qualifier in New South Wales, the World Cup duo will be joined in Hamilton by their fellow countrymen Milne and Bernie Smith, who advanced from last month’s World Series qualifiers.

Michael van Gerwen, who won the most recent NZ Darts Masters in 2019 and has already won the Premier League and World Matchplay championships this year, will be the face of the eight PDC stars competing in Hamilton.

Peter Wright, the current World Champion, is replaced in the lineup by Dimitri Van den Bergh, a two-time winner on the World Series circuit this year. Peter Wright withdrew from the tripleheader in August due to medical reasons.