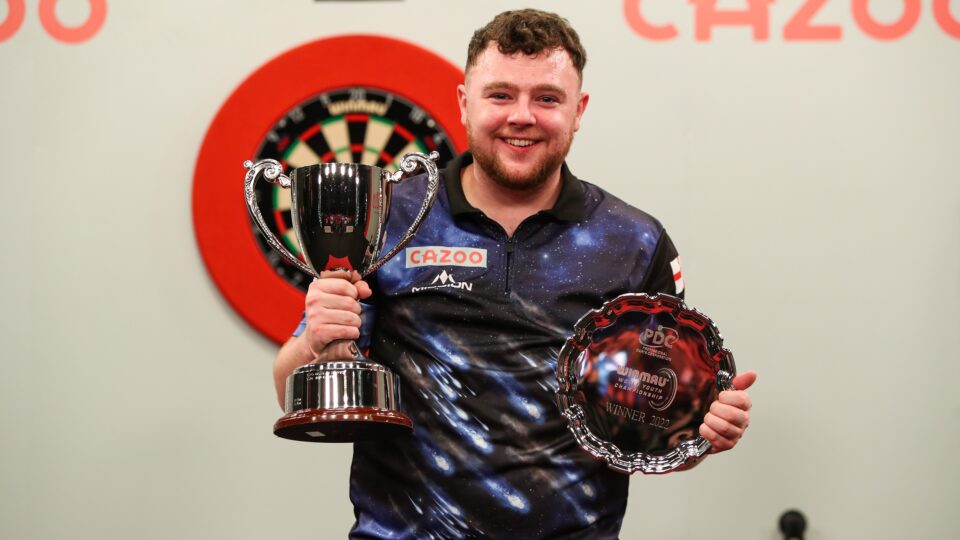 Rocky averaged a record for the final 104.13 as he raced to a 6-1 victory over Girvan, to become World Youth Champion for the first time.

That average eclipses the two previous efforts from former back to back World Youth Champion Dimitri van den Bergh, who averaged 100 and 101 in his two successes.

The performance nearly got even better for Rock as he attempted to repeat his 9 dart feat against Michael van Gerwen at the Grand Slam. However, the 8th dart, targeted at treble 19 was unsuccessful. Ultimately finishing in 10 darts.

Not to be for Nathan

It was yet more heartbreak for Nathan Girvan in a World Youth Final.

The 20 year old had previously reached the final of the BDO world youth championships on two occasions, in 2017 and 2019. He suffered a 3-0 defat in sets on both occasions to Justin van Tergouw and Leighton Bennet respectively.

Tonight’s PDC edition represented a chance at redemption for the much matured Scottish Ace. Having shown great form on the Development Tour and in the MODUS Super Series. Unfortunately for Girvan, Rock produced a record breaking performance to take the title.

“I’m very confident, I’ve just averaged 104 in a final. I know it was only a youth final, but what happens when I’m World Champion at the end of the year”

The interview continued by asking Josh how he felt about joining the list of names already on the trophy. Those names include Dimitri van den Bergh, Luke Humphries and Michael Smith.

Josh continued “It means a lot. Pit Michaels (van Gerwen) isn’t on it, but at the same time I’d rather have three world titles instead of a world youth, and that’s no disrespect.”

The full interview is available below