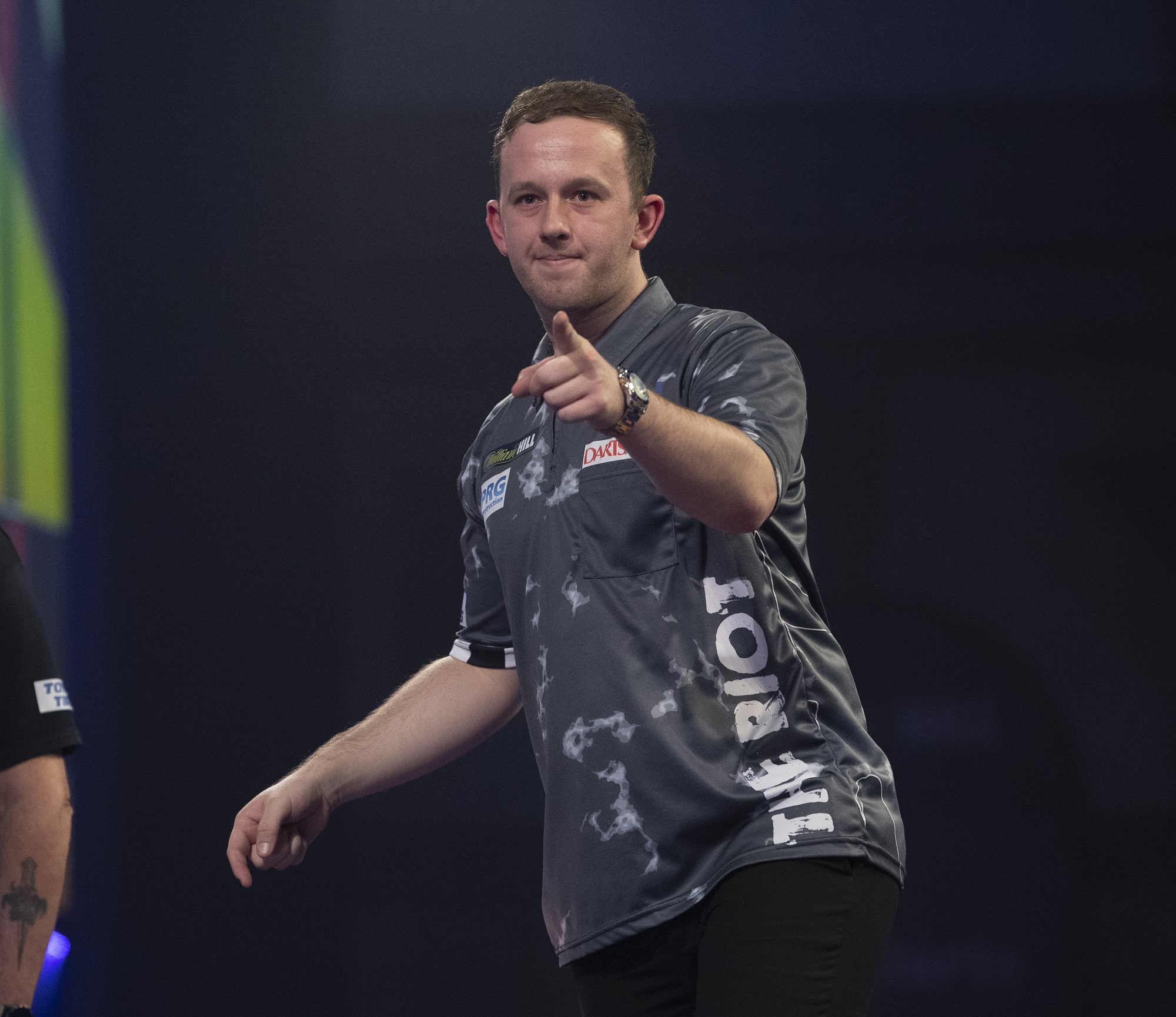 The Riot completes a trio of wins on the PDC, after previously winning Development Tour and Challenge Tour titles.

Rydz came from 3-1 and 7-6 down, before eventually battling through a last leg decider to win his first PDC title on the main tour.

Clayton who made the final in yesterdays final,will be hoping to go one better tomorrow after being the being losing finalist in both Pro Tour events this week.

Callan Rydz won his first PDC title with a last leg decider, his day started in a similar style edging past Boris Koltsov with 6-5 averaging 102.7 which was his highest average of the day.

The Riot was unable to match that average all day, however the high averages continued with him not dropping below 90 in any game which included wins against Ross Smith, Alan Soutar, Jeff Smith and Ian White setting him up a semi final against Nathan Aspinall. Which he controlled from the start to win 7-2.

In the final, he met yesterday’s finalist Jonny Clayton, who’d been in imperious form most of the day. Wins over Bradley Brooks, Mike De Decker and Luc Peters saw him win his board averaging over 100 in the three games combined. That form continued beating Michael van Gerwen with a 102 average. The impressive Ferret didn’t stop there and beat Mensur Suljovic and Vincent van der Voort

Clayton, the winner of the most recent TV event, The Masters, started brighter, racing into a two leg lead to go 3-1 in front. However, Rydz punished missed darts by Clayton in the next two legs and held with a 13 dart leg to take a 4-3 lead.

The Ferret responded with a 13 dart leg of his own to level things. Rydz then won consecutive legs to go two in front for the first time in this final.

However, Clayton punished a missed dart at bullseye by Rydz to close the deficit, before taking the next two legs to put him just one leg away from the title. With Rydz needing to win the last two leg to take the title, he certainly did it in style. Leg 14 saw him take out 127 on the bull with Clayton left on a double. The impressive finishing was also with him in the last leg, with Rydz taking out 87 hitting double 9 with his last dart.

John Michael was the big surprise on day two of the PDC Super Series. The Greek, who won back his Tour Card at Q-School, beat Ryan Searle, Ryan Meikle, Aaron Beeney and Martin Schindler en route to his Quarter final defeat to Aspinall.

Lewis though produced the second nine dart finish on the Pro Tour in 2021, hitting the perfect leg in his second round defeat to Jeff Smith.

Nathan Aspinall continued his good form to start the year, before running into the eventful winner in the semi final for the second day in a row

The PDC Super Series resumes tomorrow at 14.00 GMT. We’ll have a Live Blog right here giving you every result.