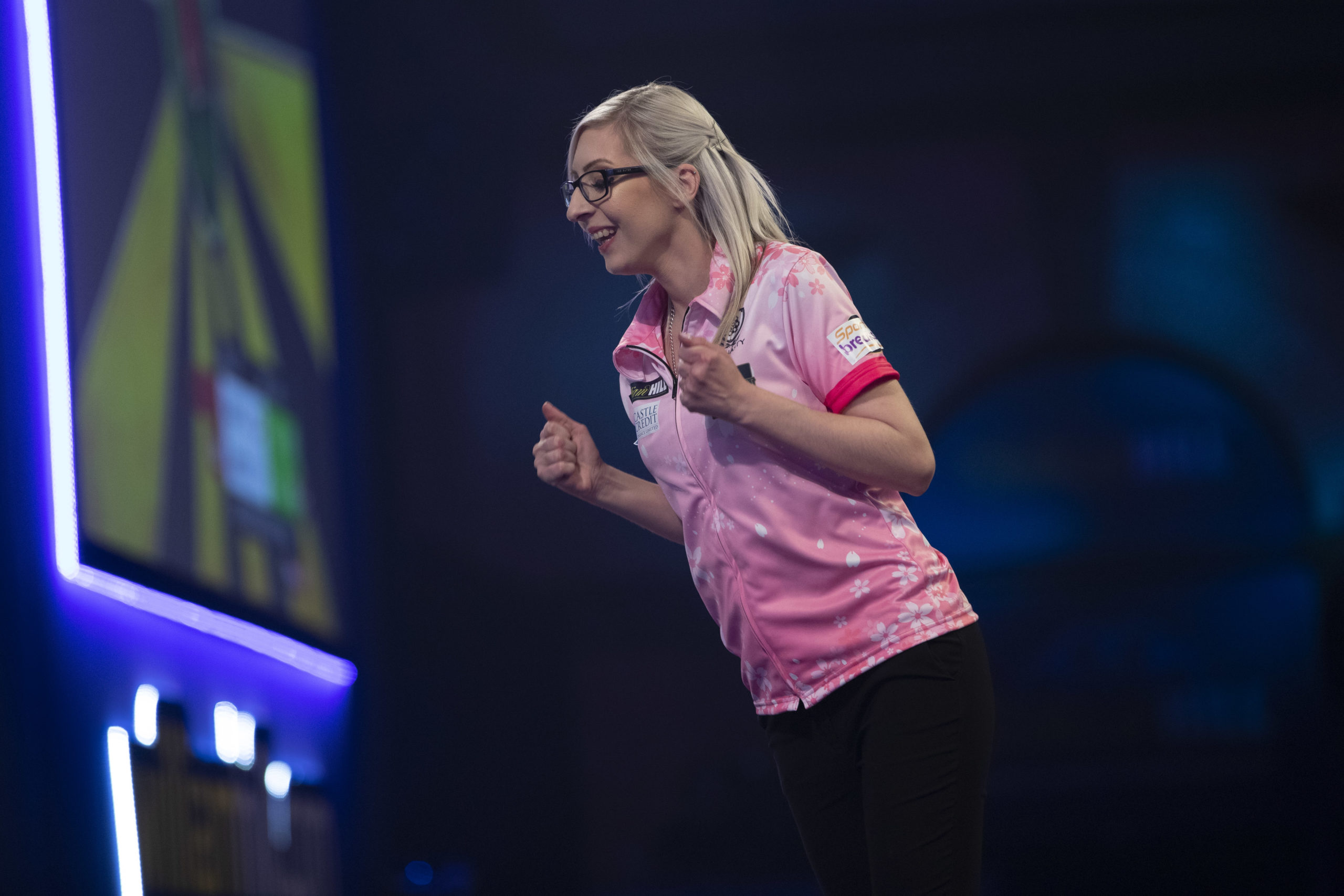 Fallon Sherrock is among the 87 players who qualified for the Final Stage of day three of PDC Q-School.

The Queen of the Palace, who famously made the third round of the 2020 PDC World Championship, made the last eight of the event in Milton Keynes to seal her spot.

Elsewhere, big names such as:

All had good days to make the Final Stage.

Over in Europe, Raymond van Barneveld, Nico Kurz and Franz Roetzsch all won automatic spots into the next stage.

Sherrock seals spot as Painter rolls back the years

The Queen of the Palace needed to win one game to guarantee a spot in the next stage of Q-School. She won a tight match 6-5 against Nathan Girvan to do so.

This seemed to spark Sherrock into life, beating David Airey, Kelvin Hart and James Bailey to make the last eight. However, she lost 6-0 to John Imrie, who averaged 103.7 to secure his place in Sunday’s action.

Former Players Championships winner Kevin Painter was also outside the qualification spots heading into day three of Q-School. However, an excellent day for The Artist saw him win a spot outright, defeating Gordon Mathers and Peter Hudson en route.

Ryan Hogarth also produced a fantastic day. He dropped just 13 legs in his five games, winning his spot with a 6-3 victory over David Wawrzewski. Wawrzewski finished top of the UK Order of Merit.

Christopher Bent was the final player to secure his spot outright, beating Shane McGuirk 6-1 in the last eight game.

Mathers, Haupai Puha and James Bailey all secured spots in the 128 for Sunday’s second stage, as did Aaron Monk and Kevin McDine.

However, BDO World Champion Wayne Warren missed out on a spot in the 128, by having a slightly worse average than Chris Quantock. Wes Newton and James Richardson were also among the big names to miss out on a Final Stage place.

After sealing his place yesterday, Raymond van Barneveld still decided to play on day three of European Q-School to get vital match practice ahead of the Final Stage.

It turned out to be an inspired decision, as Barney dropped just six legs all day. He eventually beat Kenny Neyens 6-2 to seal one of the four automatic places.

German youngster Nico Kurz had also sealed his place in the Final Stage yesterday, but he also chose to play. He beat Steven Noster 6-4 in the last eight.

Franz Roetzsch, who made the last 16 of the International Darts Open last year, saw off Sven Hilling by the same scoreline to win an outright place.

Jeremy van der Winkel also won 6-4 in the last eight of the event, beating former BDO World Trophy winner Geert De Vos to take home the final automatic place. It’s not all doom and gloom for De Vos though, as he finished top of the Order of Merit to secure his place in Final Stage.

Michael Unterbuchner, Moreno Blom and Mindaugas Barauskas all made the second stage, while Rene Eidams, who famously took Michael van Gerwen to a last set decider at the World Championship, won two games to book his place in the Final Stage on Sunday.