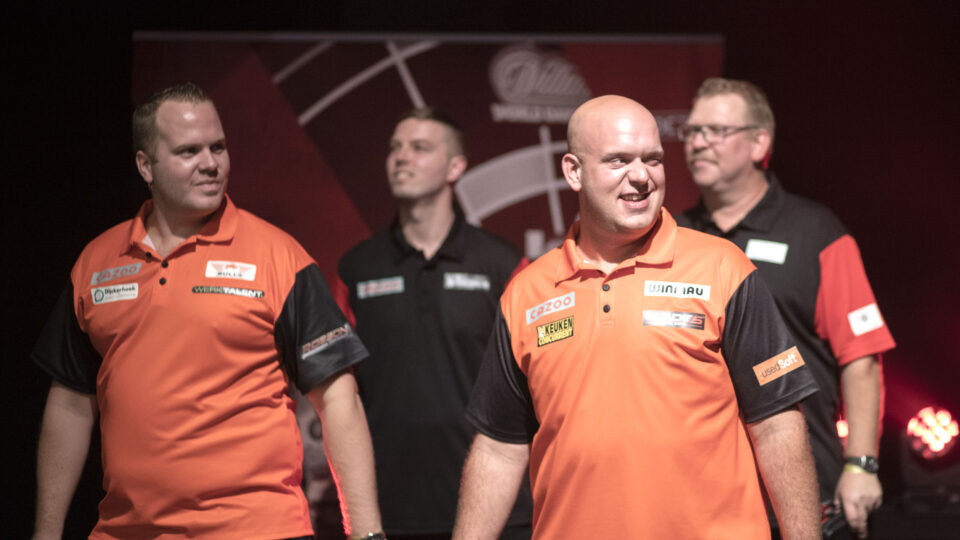 The seeds dominate day one at the World Cup of Darts

Wales, Netherlands, Scotland and Australia all came through the first round unscathed on day one of the PDC World Cup of Darts.

The first two nights of the World Cup will see the teams playing a best of nine doubles match, to see who progresses to round two.

Wales ease into round two

The defending champions, who are hot favourites to retain this year, defeated Finland 5-1. Wales looked like they were going to whitewash Finland, until Marko Kantele found the dart of the night to take out 95 on the bull, and followed it up with a 58 checkout. Wales wrapped it up in the last leg with a 180 and a 40 checkout from Clayton, after Marko Kantele missed tops for a 120. 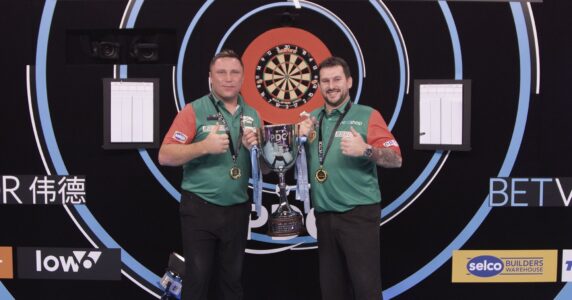 Netherlands came from one behind to reel off the next five legs in a dominant performance against Denmark. It’s well published that MvG is yet to win a title this year, but he certainly looked pumped up from the start with Dirk van Duijvenbode.  Denmark who has gone five years without a win at the World Cup should be proud of the performance they put in however, it was a comfortable win for two men in orange.

Damon Heta and Simon Whitlock whitewashed the two debutants from Italy the last game of the night. Hotly tipped Australia didn’t show the levels they have on the stage before, however they was too strong for the Italians. Throughout the game we heard chants of, “There’s only one Kyle Anderson”. The Aussie pair will be paying tribute to Kyle across this weekend with his name on the left sleeve of their shirts. 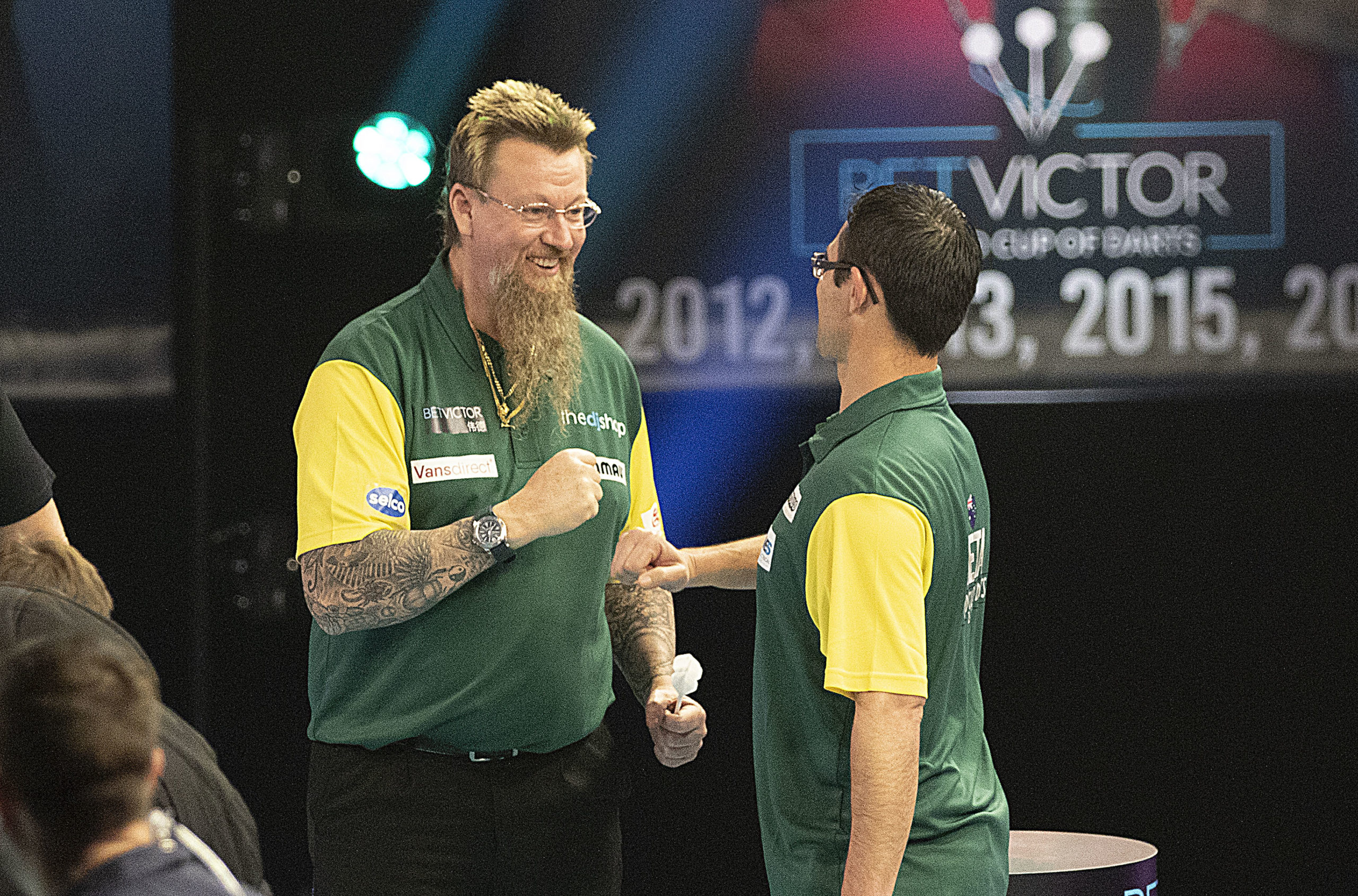 The Scotland pair came out flying with a 5-0 win over China. China never really got going in the game, with Wright and Henderson in control from the start. The Scotland pair finished the game with an average over 30 points from than China who didn’t get a dart at a double.  They will take on Poland in next round who put in the performance of the night.

What else happened on day one of the World Cup of Darts?

The Singapore team that includes the legend that is Paul Lim, came from behind to win in the Noble leg. Gibraltar had a 3-1 and 4-2 lead but the two youngsters were unable to finish the game off. Singapore reeled off the last three legs, including a 116 checkout from Paul Lim in the final leg to turn this game around.  Singapore will take on Netherlands in round two.

The opening game of the night we saw Darius Labanauskas lead Hungary to a 5-3 win over Lithuania. They will find the second round more difficult as they will take on the current champions Wales on Saturday. In the only other game we saw USA without Danny Baggish, dismantle Sweden with a 5-1 win, to set up a second round tie with Australia.

Results on night One