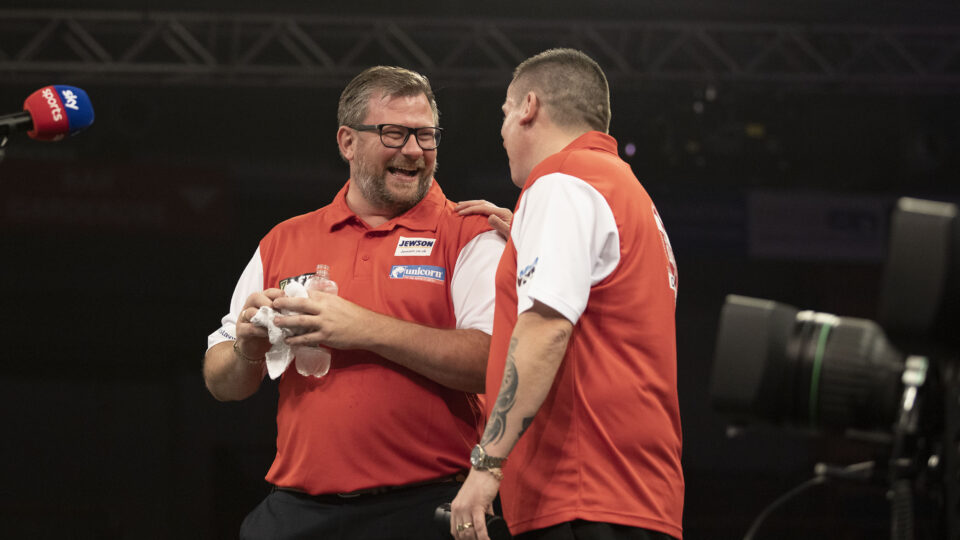 On another night of seeds taking on the outsiders, the match of the night saw Devon Petersen and Carl Gabriel come from a seemingly unassailably position in the final leg to wrap up the win as Carl found tops with his last dart in hand.

The first match of the night saw Japan upset the potential bogeymen of Boris Koltsov and Evgenii Isotov, before Portugal showed their potential as they defeated the Irish pair of Willie O’Connor and Steve Lennon.

The near shock looked like it may affect the English duo of James Wade and Dave Chisnall, very briefly, until they took control of their matchup, going ahead 3-2 with a clinical 2 dart 64 and closing it out from there.

The final matchup of the day saw everyone’s closest couple from last year, see Dimi van den Bergh and Kim Huybrechts put on the show and fun for the fans they craved last year.

Despite a slow scoring start, they found their finishing, and kicked on to close out what looked a more comfortable win that in probably was live, as Dimi and Kim routed their talented Greek opponents 5-2. The levels became apparent in the latter stages despite the spirited attempts of all the qualifiers!