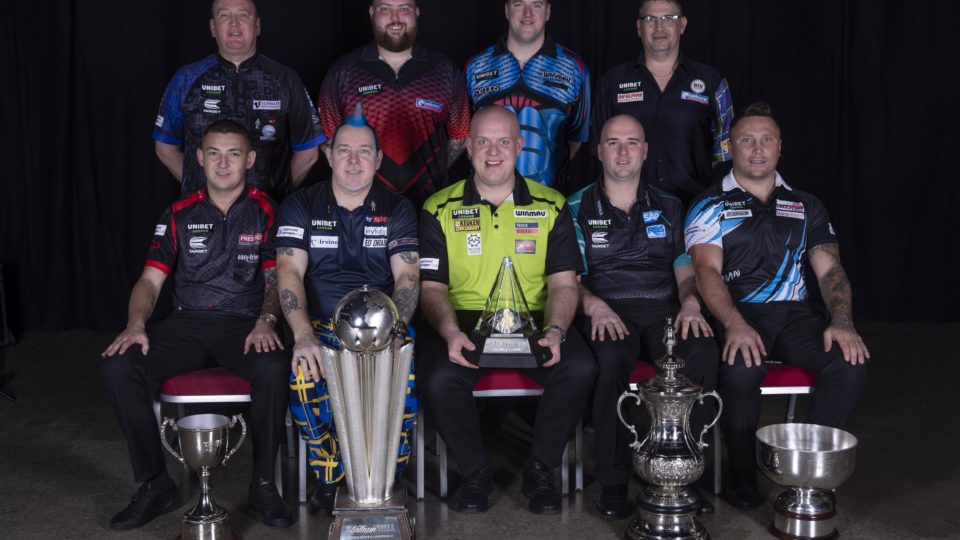 After 15 nights of top tungsten action, it all comes down to night 16 in the Unibet Premier League.

Night 15 saw results that gave us no answers as to who will join Glen Durrant at The O2 for finals night. Now, there is no second chances.

Durrant and Anderson lead the way

Despite only winning two of six games in the second phase, Glen Durrant still remains top of the Premier League. He will become the third player to win the league phase and win an extra £25,000 if either:

Anderson will win the league if either:

He would win the league on either leg difference or legs won against the throw. Anderson though still has not yet qualified for the Play-Offs. He will do if either:

If Peter Wright avoids defeat, Nathan Aspinall and Michael van Gerwen will need to overtake Anderson’s leg difference to see him drop out of the top four. The minimum leg difference he would have is +9, meaning Aspinall would need to win by five legs against Glen Durrant, and MvG beat Daryl Gurney 8-0. If Anderson gets beaten more heavily, his leg difference comes down, giving more breathing space to The Asp and the defending Premier League champion.

The World Champion Peter Wright is in third, and can qualify for the Play-Offs if:

This is because Wright’s leg difference is vastly superior to Aspinall or van Gerwen, that even losing 8-0 against Smith will see him in the top four if The Asp or The Green Machine do not win their matches.

Nathan Aspinall can qualify for the Play-Offs if either:

Aspinall can qualify with an 8-3 win because he will have won more legs against the throw than Michael van Gerwen. The world number one is in fifth, but will qualify for finals night if either:

Sixth placed Gerwyn Price can only finish fourth, and can only get to 17 points. That would be the lowest total to get a player to Finals Night since 2013.

Price will only make the Play-Offs if:

Michael Smith will more than likely in seventh place. However, he can still finish sixth if:

Daryl Gurney is the only player who’s position is secure. He is in eighth and will remain there regardless of results this evening.

You’ll be able to watch all the drama of night 16 of the Premier League from Milton Keynes on Sky Sports, and via the PDC’s broadcast partners. It will start at 19.00 BST.

Here at Online Darts, we’ll have every dart covered via our live blog from 19.00 BST, giving you leg-by-leg updates and updates to the table as it stands.

We’ll also have reaction for you with every winner direct from Milton Keynes. Head over to our YouTube channel and hit subscribe so you don’t miss a video.

Follow all the drama of the final night of Premier League with us at Online Darts.