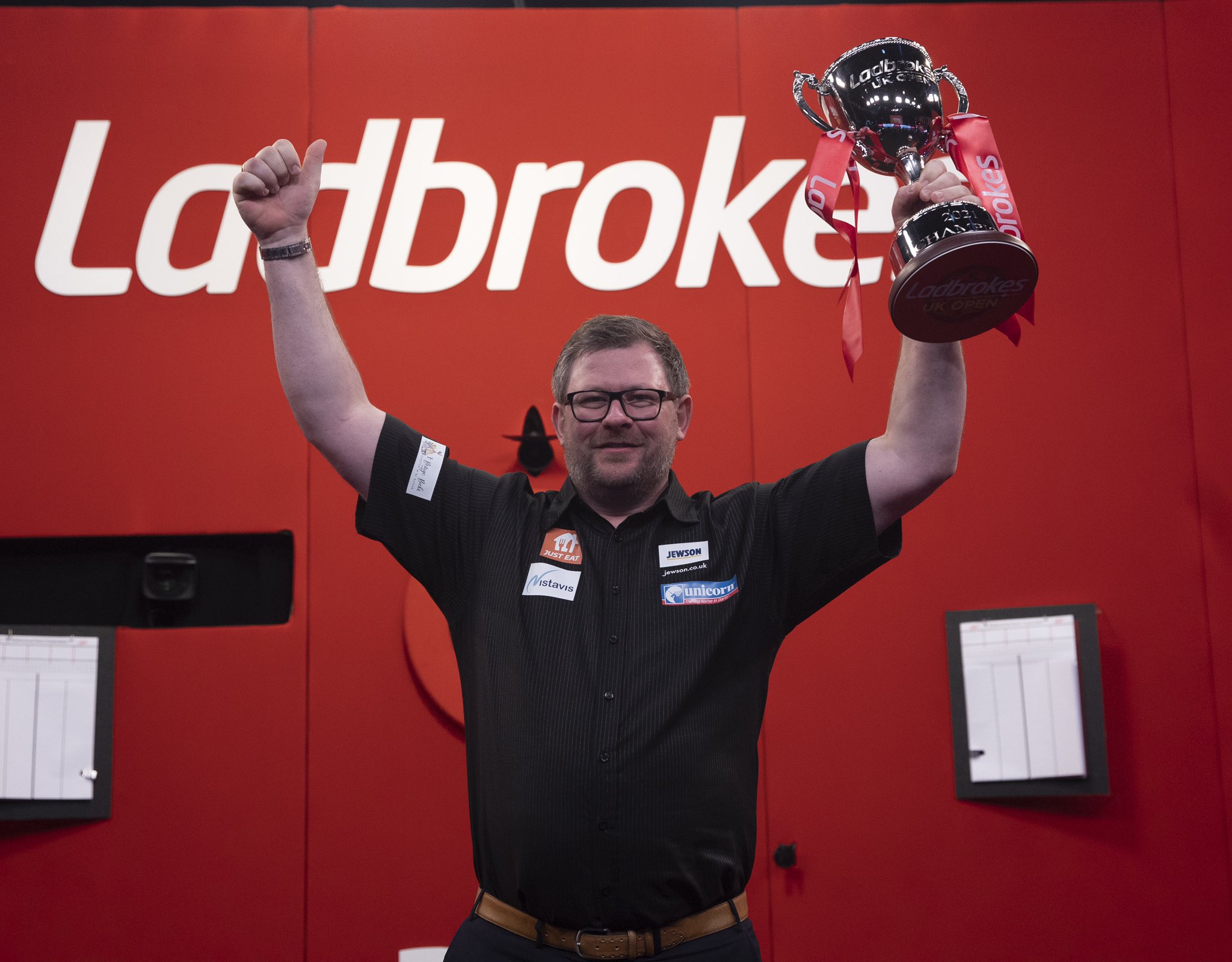 The Machine produced an excellent display to take home his first ranking TV title since 2018, beating first time finalist Humphries for his third title at this event. It caps off an excellent six months for Wade, reaching the finals of the European Championship and Grand Slam in late 2020.

Wade now moves to world number four with this win, overtaking Rob Cross. It also keeps the curse of Cross alive at this tournament, as he’s always been beaten by the eventual champion at every UK Open he has played in. The Machine beat Simon Whitlock in the quarter finals and Gerwyn Price in the semi finals, while Humphries defeated Dave Chisnall and Michael van Gerwen en route to the final.

Humphries had produced an incredible display in his first ever senior PDC semi final against Van Gerwen before the final. Cool Hand was imperious throughout the contest, hitting four ton plus checkouts, as he won 11-5 despite MvG averaging 106.

At the start of the final though, he could not find his range on the outer ring. He had darts to win four of the first five legs, but could not hit them, ending the first session 1/13 on the outer ring. This allowed Wade, who’d produced some excellent finishing in his 11-6 semi final victory over Price, to steal a march. He took a 4-1 lead into the opening interval, despite only averaging 91.

The Machine continued to attack Cool Hand’s throw after the restart, having chances to break in all three legs Humphries had the throw. While not finding breaks in the sixth and eighth leg, he held throw twice to move 6-3 ahead. However, the big moment of the session, and the match came in the tenth leg. Humphries missed double top for a 112 out, allowing Wade to ping it himself to go 7-3 with a double break in front at the end of the second session.

Humphries almost got the break back at the start of the third session, missing double 14 for a 121. Wade, who’d missed three himself for the leg, eventually found his beloved double ten to hold and go within three of the title. He nearly got a break back in the final leg of the third session, but again missed three darts at double. Wade then hit double eight to go within one, before a 180 in the next leg left him on 24 after 12 darts. The Machine found double three for a 15 dart break, completing his victory against Humphries to win the title.