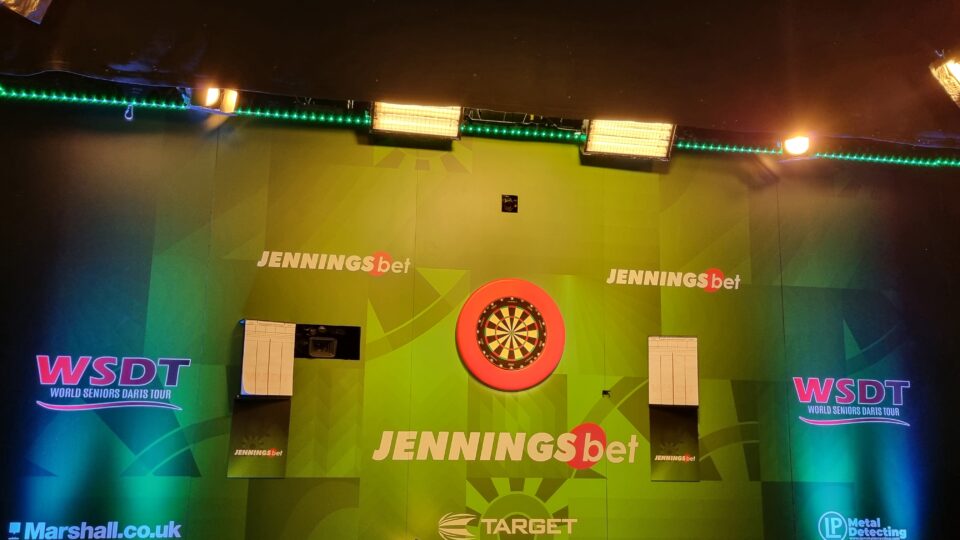 You can’t beat tradition and we have that in abundance, with the return of darts to Lakeside and the best of three legs per set returning to competitive darts.

We have 20 Masters titles in the field, including two-time winner Phil Taylor, and six-time winner Trina Gulliver.

The Power Looking To Fightback From The World Championship Disappointment

Phil Taylor returns to the Lakeside this weekend and will be looking to bounce back following a disappointing showing at the World Seniors Darts Championship.

The Power will return to a TV stage on Friday evening when he will take on the winner of the opening game of the tournament Paul Lim and John Part.

Martin Adams campaign starts his campaign on Saturday and he will take on either Roland Scholten or Qualifier Wayne Jones.

Robert Thornton lit up the Circus Tavern in early February, and The Thorn will be looking to light up Lakeside to make it back-to-back titles in the first year of the World Seniors.

The draw hasn’t been kind to Thornton & his opener on Saturday will be against either the in-form qualifier David Cameron or the player he defeated in the Semi-Finals of the World Championship, Kevin Painter.

In the same half of the draw is the Six-Time Masters Champion Trina Gulliver. The Golden Girl comes into the Masters following success on the Women’s Series and will need that sort of form to defeat either The Owl or The Bull.

So much quality in this half and a stand-out last 16 ties for a lot of viewers will be Keith “138” Deller and Bob Anderson who treated us to a sensational 180 and finger point in his final visit to the board at Circus Tavern.

The seniors return to our TV screens this weekend, it’s a tournament and we have set format once more but this time it’s best to three.

When predicting the finalist for the World Seniors, I asked myself three questions, Will Phil Taylor bounce back? Can The Thorn produce the same quality we saw at Circus Tavern? Will we see a qualifier go deep?

The answer to all three is YES. Sunday night we are in for a cracker, when in the Semi-Finals we will see Robert Thornton and Richie Howson and Robert Thornton collide after Phil Taylor takes on Martin Adams.

Robert Thornton and Phil Taylor will meet in the final, and The Thorn will defeat Phil Taylor in a Sunday evening cracker

Whenever we discuss the PDC’s World Grand Prix, a point of note is always how the format is a great leveller.

This weekend, I think the very same applies to the JenningsBet World Seniors Masters.

Sets that are best of 3 legs mean there is never any let off. The match can turn in such a short space of time, and you’re under constant pressure. There’s no time to re-group and attack your opponents throw on their next leg, they’re already coming for you.

Having been at the qualifier’s I think all 3 have a great chance. David Cameron was only at Lakeside a few weeks ago, whilst Wayne Jones fought off a quality field on day 2.
That being said, Richie Howson for me is the favourite of the 3 to go deep. He and Terry Jenkins both will have been disappointed to see them matched against one another in the Preliminary round. But the winner of that has serious potential to go trophy hunting.

Kevin Painter is one that I fancied highly at the Circus Tavern. I was set on him beating Phil Taylor for a long time before we got underway in Purfleet. Much like Howson, he will perhaps be bemoaning his draw. David Cameron in the preliminaries followed by reigning Seniors World Champion Robert Thornton in the first round is about as tough as it gets. If he comes through both, I expect to see him in the final session at least.

I’m backing the Power to prevail in the bottom half of the draw. Paul Lim or John Part will provide a stern test on the opening night for Taylor, but as the winner will play twice in that session, I expect the fresher 16-time world champion to come through.

Hardly an ‘out there’ pick but I’m going for Robert Thornton to follow up his success in February with another title.
Although not tested until the semi-finals at the Worlds, he was responsible for four of the eight 90+ averages across the tournament and I don’t envisage anybody hitting that level consistently.It could be that he faces Kevin Painter in his first match but if he gets through that, I think it’s ‘The Thorn’s title to lose.
I fancy Wayne Jones to have a good run but Thornton to have too much for him in the final, running out a 6-2 winner.
Final – Thornton v Jones
Winner – Robert Thornton
Liam Reilly
The standard was very respectable at the World Championship and I expect further improvements here as many of the old-timers have been getting in many hours of practice.
In the top half of the draw, I think Robert Thornton will face qualifier Richie Howson in the Semi-Finals. Howson has been in great form in recent months and has shone at the qualifiers, whilst Thornton is the man to beat following his win at the Circus Tavern. I speak for many in saying, I would love to see a Martin Adams v Phil Taylor semi-final in the bottom half of the draw. Both players were the flag bearers in the BDO and PDC respectively for many years and it would be great to see them lock horns once again.
The Lakeside is Wolfie’s second home, whilst Taylor won his first World title their in 1990. think both Robert Thornton and Phil Taylor will progress to the final and I expect it to go to the wire. However, I think Taylor will want to put it right this time and he will prevail as the winner at the home of World darts the Lakeside.
Final – Thornton v Taylor
Winner – Phil Taylor 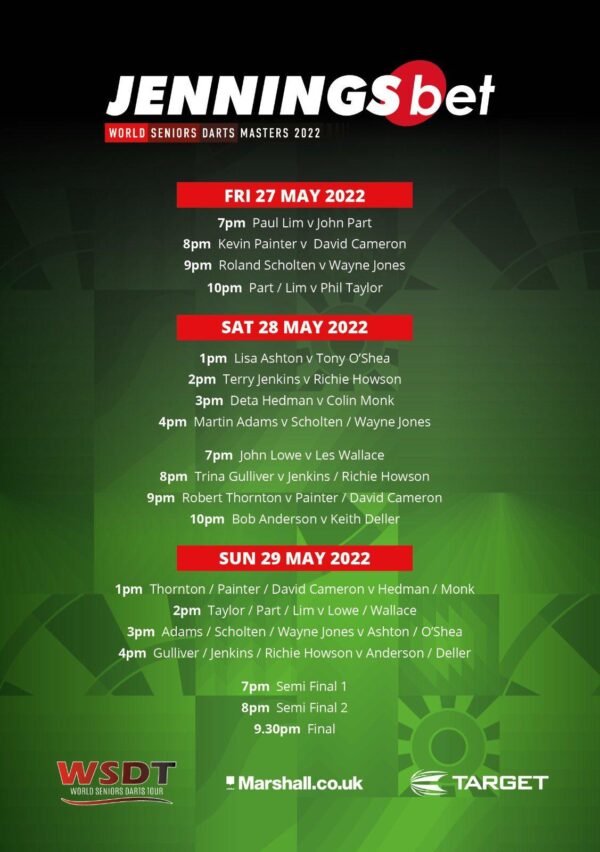