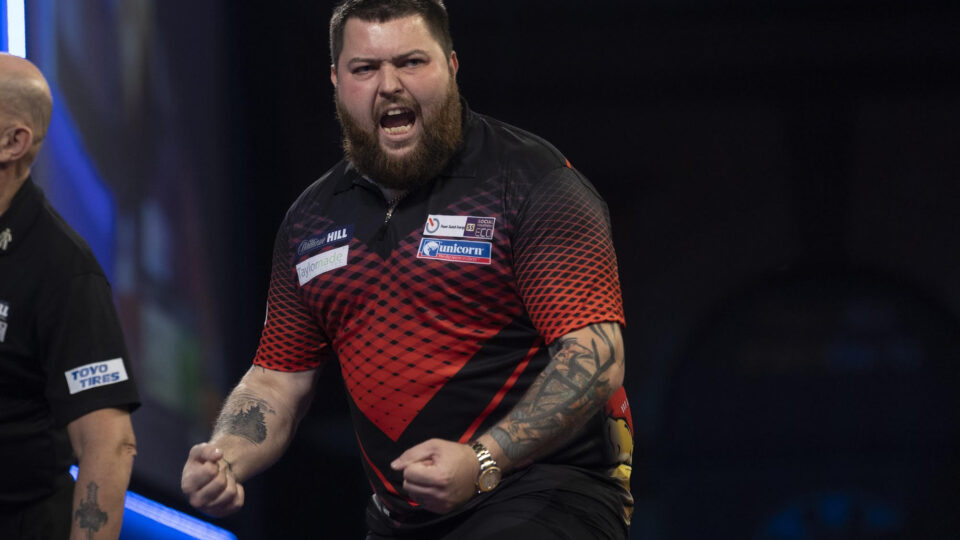 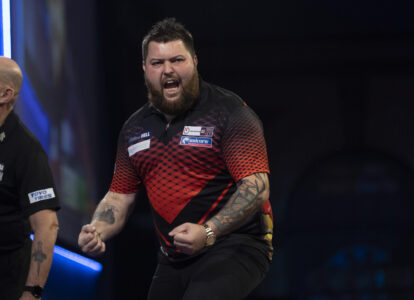 Joe Cullen reaches the Play-offs with a brilliant 6-4 win over Peter Wright.

The Rockstar went 6/6 on the Double 16 in a tense game that was decided with some brilliant finishing. This was the second time Cullen had defeated Wright in two weeks.

The Bully Boy saved his best till last as he won the Newcastle stint of the Premier League. Smith beat Van Gerwen 6-4, Price 6-3 and Clayton 6-3.

Cullen v Wright was a tense game and was rather slow placed. Wright hit three maximums an Cullen found one himself, but largely the scoring was poor. However doubling was near-perfect, with both men only missing a dart each at the bullseye. The match was probably won in the ninth leg when Peter Wright left D18 after 9 darts and was denied a go at it because Joe pulled out a magical 105. In the end, Cullen reaches the play-offs. 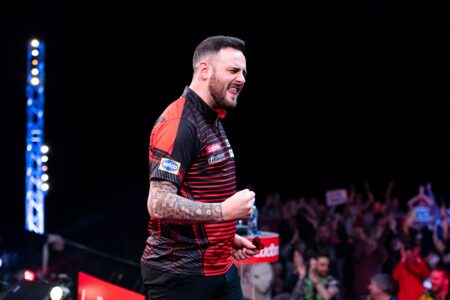 Clayton opened the night with a 6-5 win over Gary Anderson. The Flying Scotsman was back to his vintage best, teeing up a 9 darter, missing a 170 on the bull and averaging 102. Despite this, The Ferret pounced on any opportunity given to him and he snuck past Anderson in the last leg.

Michael van Gerwen v Michael Smith was an up and down game, with the highlight being a 155 out from MvG. Smith produced a 114 of his own though and punished the inconsistent Dutchman. Price v Wade was a similar story, with it being a mediocre game that Price shaded in the end.

Jonny Clayton won the first semi-final over Joe Cullen, a match Cullen probably didn’t care too much for after securing 4th spot.

The second game saw Michael Smith coast to victory over Gerwyn Price, who seemed to almost give up early on in the match.

Michael smith clinched victory in the final. 4-0 up and averaging over a ton it looked like a stroll until Clayton dragged it to 4-3. Bully Boy found his composure again though and won the last two legs.