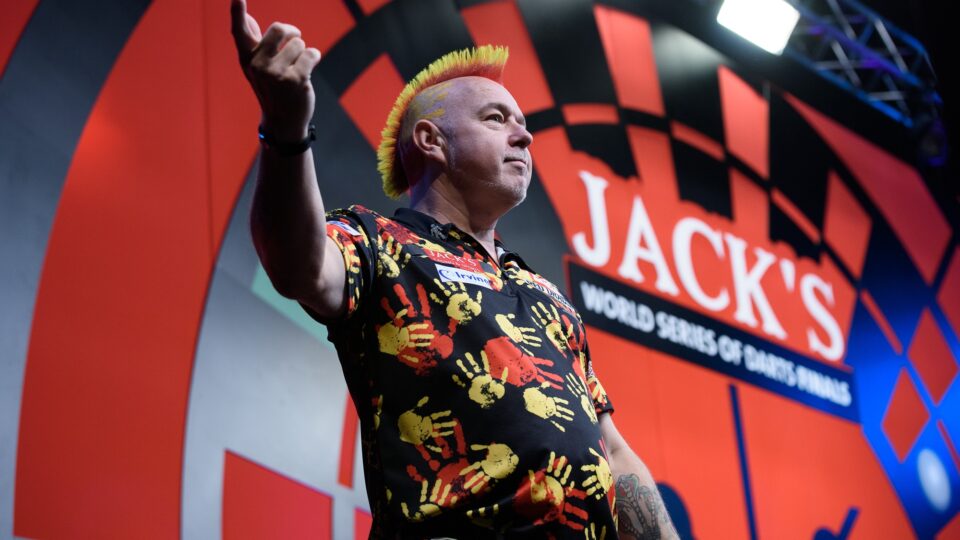 Much has been made of the rift between Peter Wright and Dimitri van den Bergh since the frosty handshake at the World Matchplay, which was seemingly repaired in Jena last week.

Van Den Bergh had spoken lately the pair still had not communicated since the Winter Gardens, and was wanting things to go back to normal.

Wright and Van Den Bergh would then face each other in the final of the European Tourn event last weekend. The pair cleared the air after the final, when Wright claimed the title.

“Just a couple of things here and there, stuff in the back room, on the stage I didn’t think the throw was correct and I should have said something in the beginning and I didn’t. I thought I’ll just change my darts, I’ll find it. I was disappointed in myself, played rubbish throughout the match and still had darts to push ahead and beat him.”

“It wasn’t nothing towards Dimitri, I was more disappointed in myself. We had a discussion about it last week he understands. He said stuff as well. We are fine.”

Wright wore a new shirt in respect to Kyle Anderson, which he couldn’t wear in Australia due to his inability to play, but he added it will now be a yearly tradition to collect money for his family.

“We’ve got the Australia and New Zealand shirts we were going to wear out there. This is obviously done with Jo (his wife) on the designs, we are going to auction it and hopefully raise some money for his family for Christmas if it’s to pay their bills or just to have a bit of food or Christmas presents. We are going to do that every single year.”