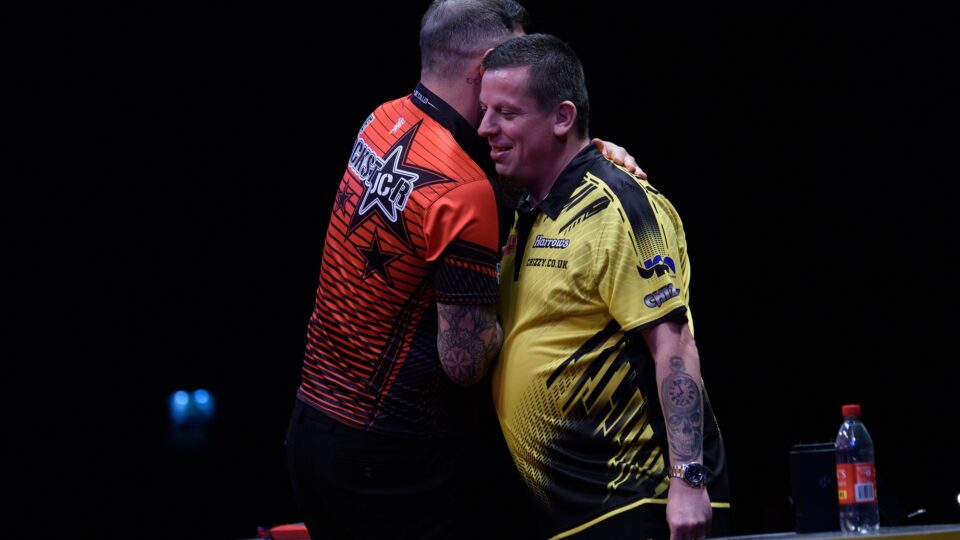 Joe Cullen on the crowd involvement during his match with Dave Chisnall “It’s not my problem, my job is to win games,”

Cullen survived eight match darts in his comeback victory over Dave Chisnall at the World Series of Darts Finals in a game marred by crowd interference.

Cullen speaking with us here at Online Darts in his postmatch media talked about the problem, but as players, there was little they could do.

The Rockstar feels that if you try and stop the crowd from getting involved it will take something away from the game.

“I felt terrible going up, the feeling within I just felt like I wasn’t ready to play. I somehow won so it was a strange one. I found it strange when they were booing Chizzy going for the match doubles but I think that really affected him. It’s not my problem, my job is to win games,”

“If he’s playing a Dutch guy, it’s not excusable but as a player, you come to expect it if you’re playing Michael (van Gerwen), Dirk (van Duijvenbode) or Danny (Noppert). It was just weird, two English guys. Not booed the whole game and then all of a sudden when he has match darts, they boo.”

“I think if you try to do something about it, it will take something away from the game. It’s all about where it is. I’m one of the players I like it I enjoy it, it was a bit different tonight as I didn’t expect it. If you’re in Germany playing Martin Schindler, Max Hopp, Gabriel Clemens you come to expect it, there’s nothing better than winning the game and sticking it up them. But things like tonight, I’m confused but I’m into Sunday so who cares.”

“Nothing speaks louder than £25,000 in your bank so who cares. I don’t care how I play if I win and look a million dollars averaging 100 great, if not tonight I was terrible who cares it’s all about the money for me. I’m in this game to make as much money as I can and set myself and my family up for many years to come. I want to make myself a rich man out of it.”