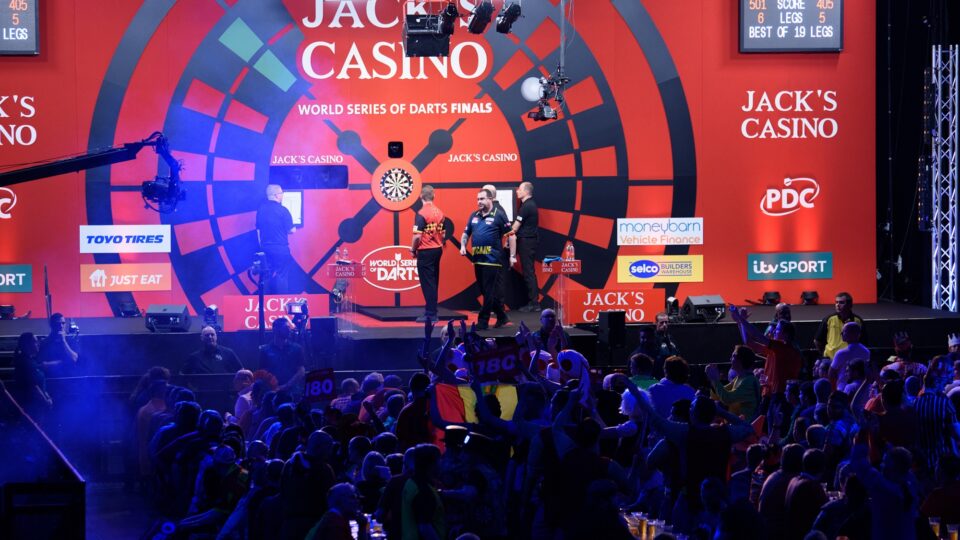 The reigning World Champion produced a great performance to defeat Fallon Sherrock 6-4.The Scot averaged 103.52 to fend off Sherrock. The Women’s World Matchplay Champion went 100% on doubles to stay in touch throughout the match. Sherrock did lead the encounter around the half way mark. A 73 checkout on the bull securing a break of throw. But the World Champion continued his fine return to form, winning all 6 of his legs in 15 darts or less. 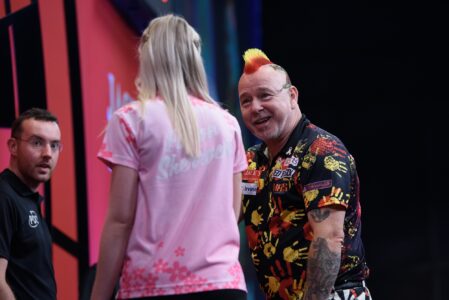 Damon Heta was one of the other standout winners. The World Cup of Darts winner took on compatriot Gordon Mathers, coming out with a 6-3 victory. Mathers, the Kyle Anderson award recipient could not reproduce the level that he showed whilst down under, as the relentless scoring power of Heta took its toll. A welcome result in front of the TV cameras for the Heat, who has struggled since lifting the World cup trophy with Simon Whitlock.

Chizzy continues to look like he may finally break his PDC TV title duck. A recent tinker in equipment has caused a surge in the St Helens man’s game, with great runs on the Euro Tour. Today he produced yet another great performance to defeat Jamie Hughes 6-3. Yozza did fight back from 4-1 behind to reach 4-3, but the door was quicky shut by Chisnall as he closed out the match.

Danny Noppert delighted a home crowd as he beat Simon Whitlock in the final match of the night. The Dutchman played well during the Dutch Darts Masters at the nearby Ziggo Dome a couple of months ago. He’ll now be hoping to go even better at the AFAS Live here in the World Series Finals, and add to his UK Open title. A mid-90’s average, 6 maximums, and 170 checkout all came to his aid in the 6-4 win over The Wizard. 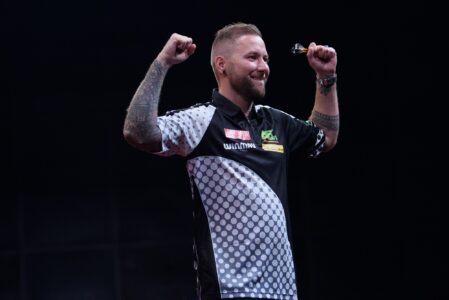 Dirk van Duijvenbode joined Noppie in the last-16 with a hard fought victory over Kiwi Haupai Puha. On the board, the match was not the greatest we will ever see the duo play. But the talking point from this one will be the crowds involvement in the match. The Amsterdam crowd clearly in support of the Aubergenius tainted the victory somewhat with a barrage of boos/whistles on the Puha throw, who can count himself unlucky not to be returning tomorrow.

US Darts Master Leonard Gates and Canadian World Cup star Matt Campbell both enjoyed victories on the AFAS Live stage. However, Danny Baggish was unable to make it a happy trio as he lost out to Ryan Joyce in the opening game of the night.

The Gambler made the brighter start against Joyce, as he moved in to a 4-2 lead aided by a 119 checkout for a break of throw in leg 5. But the American was unable to stay in front, and found himself losing the next 3 legs on the spin. He Baggish did manage to force a decider from there, but a clinical 14 dart leg from Relentless secured him the win.

Gates was next up on the stage, with this game very much about the result over the performance. Neither player really hit their stride in this one, as Devon Petersen continues to search for his pre-covid19 form. The South African will take some positive’s from the 3 maximums he hit, but a high checkout of just 40, and 4/18 on the outer ring is going to be a struggle for most players to force a result. Gates on the other hand a respectable 6/14 on doubles. 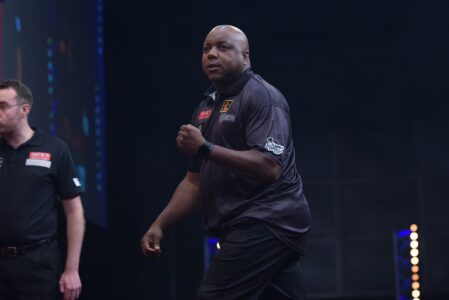 Matt Campbell was the final player in the field from the other side of the Atlantic. The Canadian faced perhaps the toughest task of the trio as he took on Amsterdam native Vincent van der Voort.
The Dutchman has had a bit of a resurgence in 2022, given to him by a clean bill of health and a back that no longer seems to cause the giant of a man pain. But the Ginger Ninja was up to the task, winning the last 3 legs in a row for a 6-3 win.