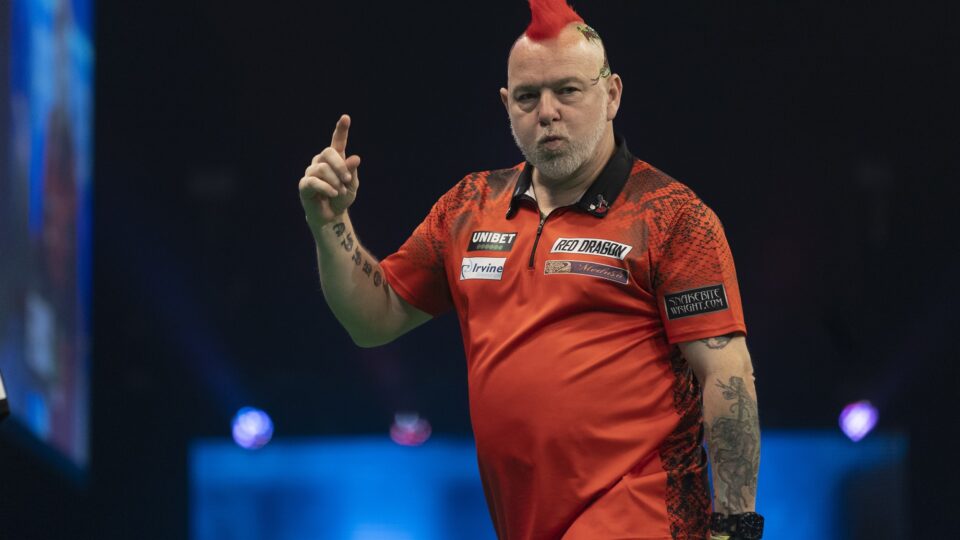 After coming through two last leg deciders in the early part of the day, Snakebite was unstoppable from the quarter finals onwards. He won 21 out of 25 legs he played in that time, eventually beating Luke Humphries 8-4 in the final.

It means that Wright is now just £2,750 away from being over £1m once again on the main PDC Order of Merit.

For Humphries, his run to a fourth PDC final this year means he will be making his debut at the Betfred World Matchplay.

Much like when he won his first title of 2021, Wright waited until the final day to remind the field of his class.

Two comfortable wins against Scott Williams and Lorenzo Pronk saw him into the last 32. He then had to come through two last leg deciders, against Ryan Joyce and Brendan Dolan, to reach the last eight. A 6-1 victory over Rob Cross with a 103.4 average, and a 7-0 whitewash of Callan Rydz with a 106.2 average, set the tone for Wright in the final.

Humphries also had to battle to make the final in Milton Keynes. After a last leg decider against Alan Soutar, comfortable wins over Geert Nentjes and Karel Sedlacek saw him into the last 16. He then had to come through two more last leg deciders, this time against Rusty-Jake Rodriguez and a rejuvenated Steve Beaton, before eventually comfortably beating Dirk van Duijvenbode to reach the showpiece game of the day.

In the final itself, Wright picked up where he left off in the previous two games. Within 39 darts, he went 3-0 up, averaging 116 as Humphries was nowhere near. Snakebite then had a chance for a 4-0 lead, but squandered three to do so. Cool Hand swept in for an 84 shot, to get one break back and get on the board.

Both then held, before both missed darts to win the seventh leg. In the end, Wright hit double 10 for a 13 darter to get the double break, before holding in 15 darts to go within two. Humphries would not go quietly though. He held in 14 darts, before breaking in 14, to cut the gap to two and to remain in touching distance.

However, the 11th leg saw Cool Hand go five visits without a big treble. It allowed Snakebite to cruise to a 14 dart break, and go one away. Wright almost finished the match off with a 130 outshot, but missed double five to do so. But, Humphries could not find a 121 checkout to keep the match alive, and Wright found double five for a 13 dart hold and the Players Championship 16 title.

Before being whitewashed by Wright, Rydz had hardly been tested all day at the Super Series. He won the first 16 legs he played, whitewashing both John Michael and then Jack Main with a 112.7 average. Back to back 6-2 victories against Jesus Noguera and Jason Heaver, followed by a 6-3 win over Adrian Lewis in the quarter finals, saw him into the last four where he lost to Wright. His run today put any lingering doubt that he would not make Blackpool behind him.

It was a more testing today for the Aubergenius Van Duijvenbode. After a comfortable win against Jake Jones in round one, he came from 4-0 down to win 6-4 against Ryan De Vreede. Victory in a last leg decider against Luke Woodhouse got him into the last 16, before comfortably beating both Jonny Clayton and Gerwyn Price to make the last four, where he lost to Humphries.

Despite making the semi finals yesterday, a first round exit for Stephen Bunting saw him lose the final qualification spot for the Betfred World Matchplay. The spot now belongs to Madars Razma, after he made the last 32. However, the Latvian is just £500 ahead of both Bunting and Kleermaker. This means that they only need to win one more game than Razma at the final Super Series to overtake him and regain the spot they’ve both held at some stage this week.

Both Lewis and Beaton played some fantastic stuff before their quarter final exits to Rydz and Humphries respectively.  It was a second straight last eight appearance for Jackpot, while The Bronzed Adonis produced his best appearance on the tour this year. Both have given themselves a glimmer of hope to make the World Matchplay in the final four events, which take place between Monday 5 July and Thursday 8 July.

View the full results on day four of the Super Series here.