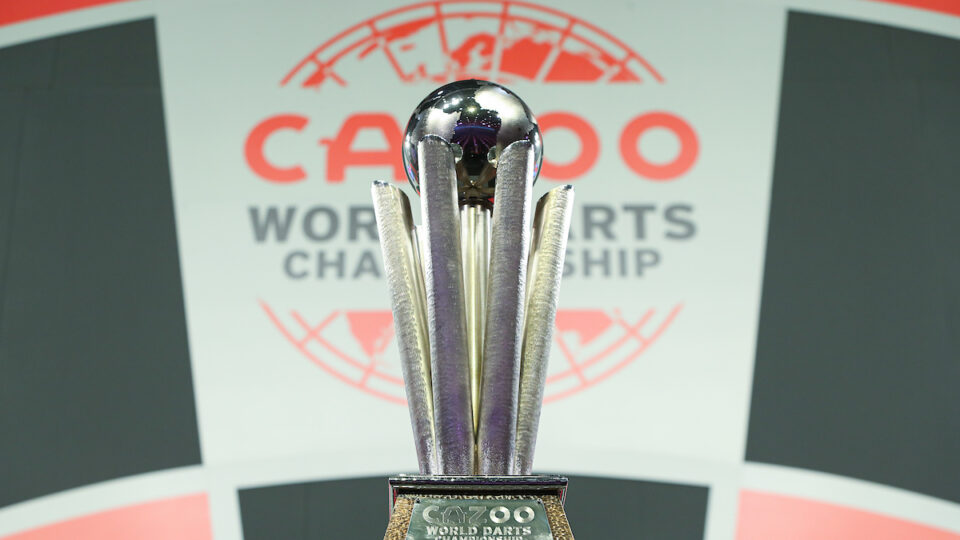 We’ve reached the final day of darting action in 2022 as the fourth round comes to a conclusion at the 2022/23 PDC World Darts Championship.

Yesterday, Gerwyn Price and Josh Rock became the first two players to reach the last eight. By the end of the day’s play, we’ll know the entire quarter final line up.

Today, we’ll welcome back to the stage:

Michael Smith and Joe Cullen renew an epic rivalry to close out the afternoon session. Smith fought back from 3-1 down to defeat Martin Schindler 4-3, while Cullen cruised to victory 4-0 against Damon Heta in round three.

These two have played each other regularly this year in the Premier League, while they also were drawn in the same Grand Slam of Darts group. Smith won that match and won their quarter final 16-15, before going on to win the event and claim his first TV title.

Cullen also claimed his first ever TV title in January at The Masters and will want to make the quarter finals for the first time ever. Who will get the job done?

While they play together in the World Cup regularly, The Hurricane and The Dream Maker have rarely met on TV. The only time they have done in the last five years is the World Series Finals last year, when Van den Bergh beat Huybrechts.

Huybrechts is looking for his first quarter final appearance at the World Darts Championship since 2012, while Van den Bergh is bidding for his first trip to the last eight since 2020. Which Belgian star will take victory?

The second game on this afternoon sees Gabriel Clemens play the unseeded Alan Soutar. Clemens came from behind to beat Jim Williams 4-3 in a stunning game in round three, while Alan Soutar fought back from 2-0 down to beat the UK Open winner Danny Noppert 4-2.

This is a huge opportunity for both players, who have equalled their best ever run at this event. Clemens made the last 16 in 2020, while Soutar did so on debut 12 months ago?

Which one of the German Giant or Soots will move into their first ever World Darts Championship quarter final? World number 1 Gerwyn Price awaits the victor.

Van Gerwen brings final night of 2022 to a close

The final evening of darts this year sees tournament favourite Michael van Gerwen back in action. After beating Mensur Suljovic 4-2 in round three, he takes on fellow Dutchman Dirk van Duijvenbode, who came through 4-3 against Ross Smith in an Ally Pally epic yesterday.

The winner of four TV titles this season, van Gerwen has looked in unbelievable touch so far this year at Alexandra Palace, averaging 101.8 and 107.5 in his first two games. He also won the only game these two have played on TV against each other at the Players Championship Finals in 2020.

Van Duijvenbode will believe that after coming through that epic against Smith, he can beat anyone. Can The Titan produce the upset? Or will MvG make the quarter finals of the World Darts Championship for the sixth time in seven years?

The opening match of the night sees Rob Cross lock horns with Chris Dobey. Both won their third round matches 4-1, against Mervyn King and Gary Anderson.

These pair met in the first round of this year’s Betfred World Matchplay, where Cross needed extra legs to beat Dobey 11-9. The 2018 World Champion also beat Dobey at the same stage of the 2019 Matchplay, which he eventually went on to win. Will it be third time lucky on TV for Voltage? Or can Hollywood get his first win against Cross in front of the big cameras?

These two met in the second round of this tournament in 2018/19, where Cool Hand Luke beat The Bullet 3-1 en route to reaching the quarter finals in his second year. Humphries has reached the quarter finals in three of the last four years, so can he make it four out of five? Or will The Bullet make the last eight for the second time in three years?