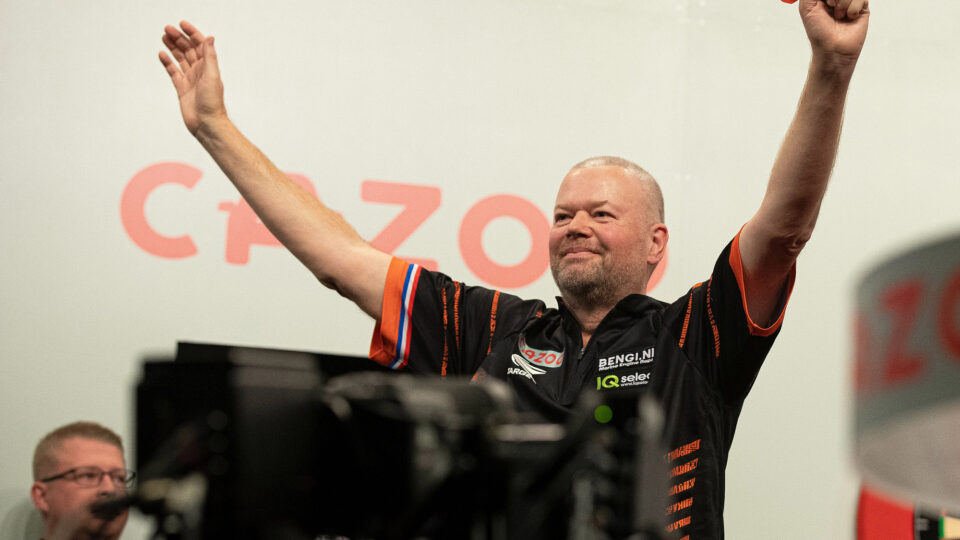 After a short break for Christmas, the 2022/23 PDC World Darts Championship returns today at Alexandra Palace.

Only three of the 32 seeds were knocked out in round two, the lowest ever since the field expanded to 96. What it does mean is that we get some cracking matches to start the third round.

Here’s what you’ve got to look forward to on day ten of the PDC World Darts Championship.

One of the standout ties of the last 32 is Nathan Aspinall v Josh Rock. It seems ludicrous that one of these men will not be in the round of 16.

Rock beat Jose Justicia in round one and was one of those three players to beat a seed, getting the better of Callan Rydz 3-0 in round two. Aspinall won 3-1 against Boris Krcmar in round two to get to this game.

With 10 Development Tours, a Pro Tour and the World Youth Championship to his name, the rise of Josh Rock has been one of the stories of the year. He famously hit a nine darter against Michael van Gerwen in the Grand Slam, and beat Aspinall in round one of the European Championship this year in his first game in front of the big TV cameras.

Aspinall though has plenty of experience on the Alexandra Palace stage. He made the semi finals twice in 2019 and 2020, but has not passed the third round since. However, finishing runner up in both the World Grand Prix and Grand Slam this year has put The Asp on the cusp of getting back to his best. Can he avenge that European Championship defeat, or will Rock’s dream year continue?

Van den Bergh made Betfred World Matchplay semi finals and the World Grand Prix quarter finals this year, as well as winning two World Series events. Ratajski as well has not been at his best, not reaching the quarter finals of any ranking event. The last time these two met on a TV stage was at the 2021 World Matchplay, when Van den Bergh beat Ratajski in the semi final.

The last game on sees Jonny Clayton play Brendan Dolan. Both played on Friday in the last round two sessions, with Clayton winning against Danny Van Trijp and Dolan beating Jimmy Hendriks.

After an outstanding 2021, it’s been a disappointing year for The Ferret. Clayton topped the Premier League but lost to Joe Cullen in the semi final and made just one ranked semi final, that coming at the Players Championship Finals. The History Maker has also had a quiet year, not going past the last 32 stage of any individual tournament.

Dolan criticised the scheduling on Friday after his win, but can he put those issues aside today? Or will Clayton make the last 16 for the second straight year?

Price, Van Barneveld and Wright all involved in night session

Both Gerwyn Price and Raymond van Barneveld won their opening games 3-1, against Luke Woodhouse and Ryan Meikle respectively. Price is looking to be a two time World Champion, while Barney is looking to roll back the years and win his sixth.

These two met twice this year at the Grand Slam of Darts, in the group stages and quarter finals. On both occasions, Barney got the better of The Iceman. Price must win this game and the title to remain world number one after this tournament, but can Van Barneveld stun the number one seed again like he did against Michael van Gerwen in 2016 and reach the last 16 for the first time since 2018?

The other huge name involved tonight is the World Champion Peter Wright. He beat Mickey Mansell on the opening night of the tournament, and he plays Kim Huybrechts in round three, who comfortably won against Grant Sampson in round two.

Wright entertained the Ally Pally crowd on night one dressed as The Grinch, but not has won a title since becoming a two time World Champion in January. Huybrechts is looking to make the last 16 for the first time in three years and has yet to go past the last 32 at any ranking event this year. Who will take the spoils in our last match of the night?

The first match of the evening session features another player who knocked out a seed in Jim Williams. He defeated James Wade in round two to set up a clash with Germany’s Gabriel Clemens, who beat William O’Connor in the previous round.

Williams’ run to round three has put him inside the top 64 of the world post Ally Pally and won a Pro Tour earlier this season. For Clemens, he is looking to reach the last 16 of the Worlds for the second time in three years, after knocking out Peter Wright at this stage two years ago.

Can the German Giant do it? Or will the dream run for Williams continue?