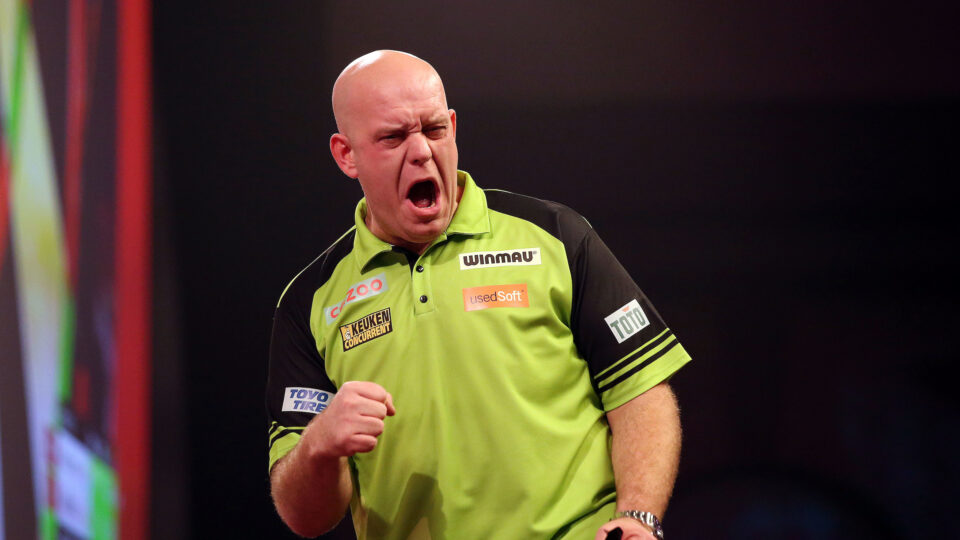 Among the field. Here’s what to look out for ahead of day 11 at the PDC World Darts Championship.

These two have history at this event. It was here in the 2019 event that Dobey really began to assert himself among the top players in the world, as Anderson fought back against him to win 4-3 in a fourth round classic.

The Flying Scotsman has struggled this year, but did make the semi f

The opening match could be a high scoring affair, as Ryan Searle and Jose De Sousa square off. Searle comfortably saw off Adam Gawlas 3-0, while De Sousa fought back from 2-0 down to beat Simon Whitlock 3-2.

These two have never met on a TV stage before, and with this being 16 v 17, it could get very tense. Both though are extremely good 180 hitters, with De Sousa holding the record for the most 180s ever hit in a Premier League campaign.

He has never made it past the fourth round before at the Worlds though, whereas Searle has made it to the last 16 in each of the last two years. Will that record continue for Heavy Metal? Or will The Special One finally get to round four? The winner plays Gerwyn Price.

In the last match of the afternoon session, UK Open champion Danny Noppert takes on Alan Soutar. Noppert won 3-1 against David Cameron in round two, while unseeded Soutar knocked out Daryl Gurney 3-0.

Noppert’s rise to the top ten this year has been excellent. As well as his UK Open win, he made the last four at the Betfred World Matchplay and made two other ranking quarter finals. He’s never made the last 16 at Alexandra Palace though, unlike Soutar, as he won at this stage last year and made the Grand Slam quarter finals in 2022 as well. Who will make the last 16? Gabriel Clemens awaits the victor.

Van Gerwen back in evening session

Tournament favourite Michael van Gerwen plays in the second match up of the evening session, taking on Mensur Suljovic. Both came through their round two game 3-0, against Lewy Williams and Mike De Decker respectively.

MvG has looked somewhere near his best this year, winning the Betfred World Matchplay, the Premier League, the World Grand Prix and the Players Championship Finals. Suljovic’s best performance meanwhile was reaching the last 16 at the UK Open, and has not made the last 16 at this tournament since 2017. Can The Gentle produce a huge upset, or will The Green Machine move one step closer to a fourth World Championship?

The Bully Boy has made the finals of the UK Open and European Championship this season, and he finally won his first major TV title at the Grand Slam of Darts in November. For The Wall, it’s been a different story, with his best performance coming by reaching the last 32 of the UK Open.

Schindler’s win against Lukeman was his first on the Ally Pally stage, so will that now give him the confidence to get a second? Or will 2019 and 2022 runner up Smith go into the last 16?

The winner of that game will play the winner of our first game in the evening session, as Joe Cullen takes on Damon Heta. Cullen defeated Ricky Evans 3-1 in round two, while Damon Heta saw off Adrian Lewis 3-0.

Cullen started 2022 in style by winning The Masters and came within a dart of winning the Premier League this year. He’s also reached the last eight of the Grand Slam and Players Championship Finals. For Heta, the highlight of his year was being one half of the Australia team that won the World Cup of Darts, as well reaching the last eight of the UK Open.

The Rockstar kept his cool against The Heat in the first round of this year’s World Grand Prix, so will it be repeat for Cullen? Or revenge for Heta?