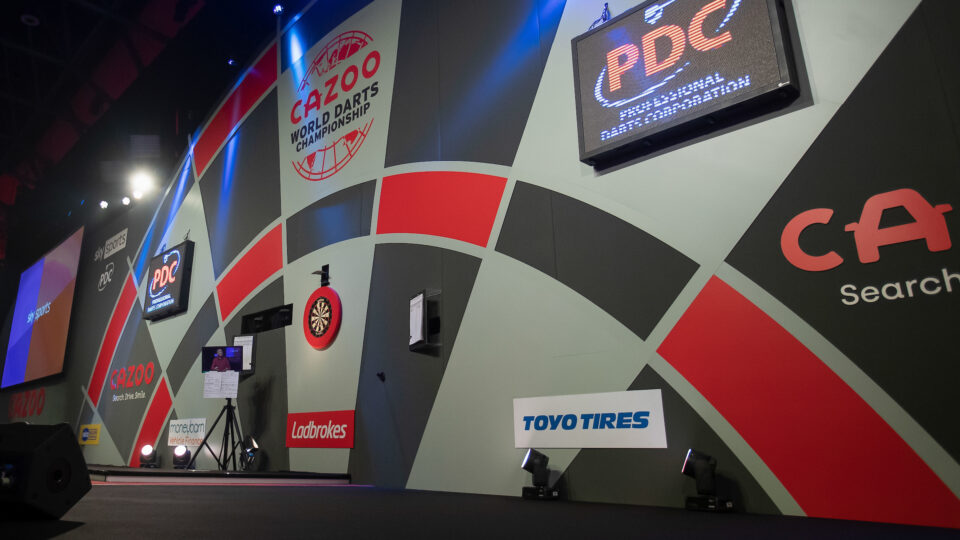 Quarter final day at the PDC World Darts Championship is one of the great darting days of the year.

Four games, each of them best of nine sets, as the eight remaining players start their final push to winning the Sid Waddell Trophy.

We have two games in each session and by the end of New Year’s Day, we will know the final four left in this tournament.

Here’s what to look forward to on quarter final day at the PDC World Darts Championship.

These two have met quite regularly in front of the big TV cameras, winning four meetings a piece. Before October, The Ferret had won the last three on TV, including at The Masters in January. Their last meeting on TV though came at the World Grand Prix, which saw The Dream Maker win to reach the quarter finals.

Both score well, so we should see plenty of maximums. Which one though will make the last four of the World Darts Championship for the first time?

In the second game on, it’s a battle of St Helens, as Michael Smith takes on Stephen Bunting. Both came through their fourth round matches 4-1, against Joe Cullen and Luke Humphries respectively.

After winning the Grand Slam in November, Bully Boy has looked incredibly relaxed and close to his best throughout this tournament, scoring well in particular. Bunting also has produced magical performances in his last two matches, getting close to the form that saw him lift the BDO World Championship in 2014.

Bunting actually leads the head-to-head 8-5, but this is the first time that they’ve met on TV since the 2019 European Championship, which Smith won. Who will come out on top this afternoon?

The first game of tonight’s session is a historic one, as Gerwyn Price plays Gabriel Clemens. Both won their previous game 4-1, against Jose De Sousa and Alan Soutar respectively.

Price is looking to make the semi finals once again, after being dumped out by Michael Smith despite hitting a nine darter. Clemens became the first player from Germany to reach the last eight, as the viewing figures continue to soar in a huge growth market for darts.

The Iceman has a great record against the German Giant, winning all four of their clashes including a 10-9 win at the 2020 UK Open. Will that record continue, or can Clemens get over the line against Price on the biggest stage of all in front of a huge German contingent at Alexandra Palace?

These pair were due to play in the 2021/22 World Darts Championship third round, but van Gerwen had to withdraw after testing positive for COVID-19. The Green Machine had won 11 straight meetings between the pair, including at the 2022 World Grand Prix, where he beat Hollywood 3-1 en route to winning the title. That was until this year’s European Championship, where Hollywood finally got over the line against him in round one 6-5.

Might Mike has looked in imperious form and is looking to end a year in which he’s won four TV titles with the biggest of them all. But, after getting rid of one former World Champion Cross last time, and another in Gary Anderson in round three, can Dobey send another former champion home packing and reach the last four at Alexandra Palace for the first time?