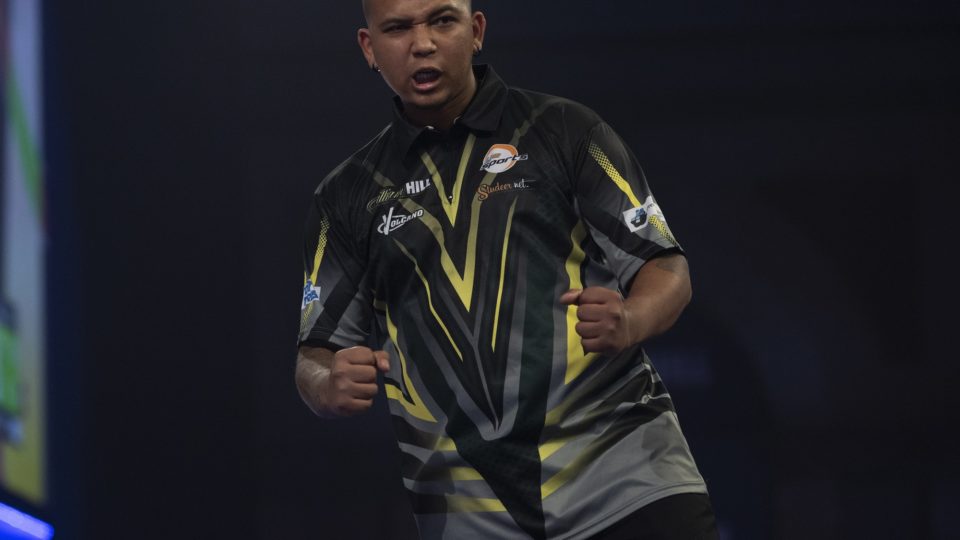 Cameron Carolissen is to miss 2021 QSchool after returning to South Africa.

The Javelin received a bye into the second round of the tournament after his opponent Martijn Kleermaker withdrew due to contracting COVID-19. Kleermaker’s replacement Josh Payne was also ruled out after he had to self-isolate due to coming into contact with someone with COVID-19.

In the last 64 of the World, Championship Carolissen was beaten 3-1 by Danny Noppert. Carolissen had Noppert in all sorts of trouble, but the Dutchman found a way to drag himself back into the match and find a way to win.

Even in defeat, Carolissen showed that he has a bright future in the sport and had planned to QSchool and try and emulate his countryman Devon Petersen and win a PDC tour card.

This evening, Carolissen posted on his social media that he would be returning home due to the COVID19 pandemic and wouldn’t de attend QSchool.

“Reason for my return was due to Covid 19 being at its peak in the United Kingdom. With tier 5 in place up until mid February, it was too much of a risk for me to stay any longer or even play in the Qualifying School. Nothing has been set out yet so it is basically a gamble,” said Carolissen on Facebook.

“I will now regroup and put proper planning into place to return to the UK in 2022 for the QSchool. Now with the taste I had, it is time to put in more constructive practices for the year and return at 100 percent. It feels good to be back home!”