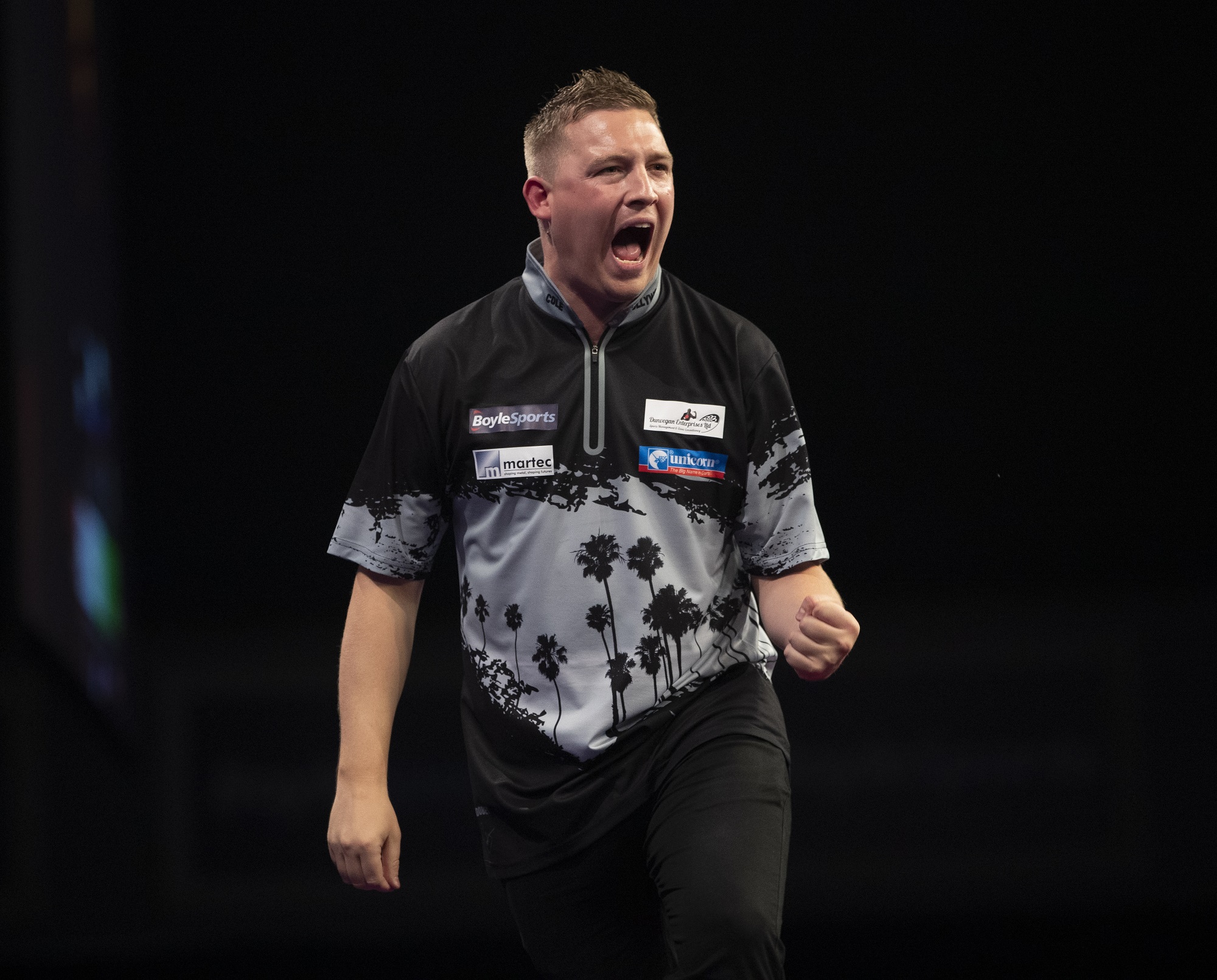 Chris Dobey warns players will be found out if they haven’t put the work in.

The PDC is getting ready to start live-action following the forced break due to the COVID 19 pandemic. Chris Dobey looks ahead to the restart at Milton Keynes for the Summers Series. As the Toon based star looks back over the worrying last three months as a self-employed darts player.

Dobey revealed that he’s only had a week off the board over the last three months and feels his game is in the right place for when play resume in Milton Keynes.

“It’s been good; I think I’ve only had maybe a week off in the whole lockdown. So I’ve been playing pretty much.

“Then lucky enough the PDC home tour came about, and that went well. We got to do the little warm-up for that as well. It was nice for me.

“To be playing more streamed games from it’s been great as long as it’s been keeping my arm going.”

Players Will Be Found out

When Dobey was asked about how he thought his game would ahead to the PDC Summer Series.

“It’s just about taking my little dart room on to the Pro Tour.”

Dobey goes on to say that he thinks that the players that haven’t been putting in the work over lockdown will soon be found out when play starts at the Summer Series.

“You’ll soon see the people that haven’t practice over lockdown they will be found out straight away.

“You have to of had a decent practice; otherwise, you will be found out.

All eyes will be on Milton Keynes on July 8th when the PDC Pro Tour resumes. This could be a big week for the sport, as the UK Government are set to release the next stages of coming out of lockdown. It’s hoped that the UK will form airbridges between Europe so that the 40% on the 128 tour card holders will be able to travel and play. If they can’ t travel, then the Summer Series could become a none ranked event.