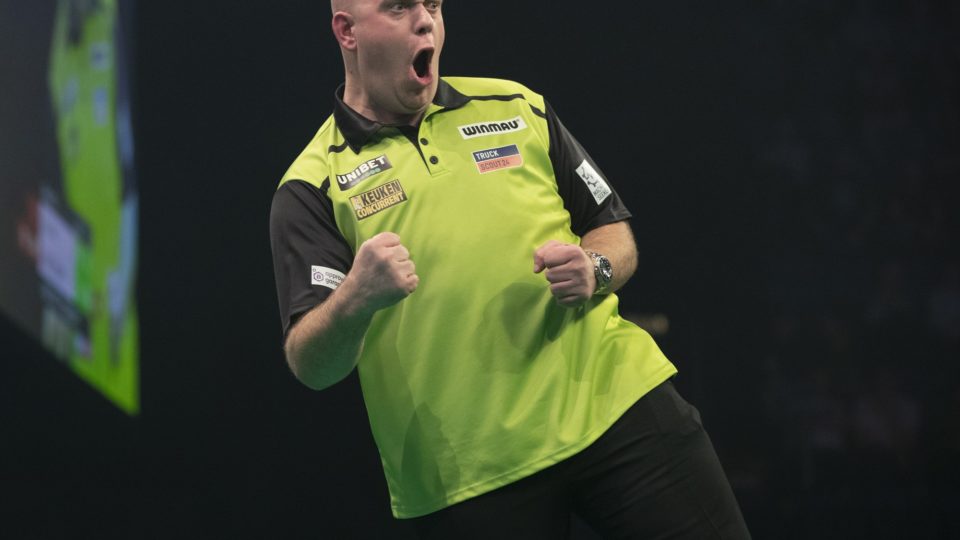 Michael van Gerwen Fires A Warning Ahead Of Darts Return

As darts is preparing its self for a return to action, world number one Michae van Gerwen has sent an emphatic warning to the rest of tye PDC locker room. Speaking to The Darts Show Podcast MvG said: “I can tell you now, nothing has changed, trust me.”

Before the enforced lockdown of all sport in the UK, van Gerwen was back to his brilliant best. MvG lifted the first TV major of the new season, by crushing the field at the UK Open in Minehead.

MvG beat Gerywn Price in the final by 11 legs to 9, with a tournament average of around 107. Much was made of van Gerwen’s move to Winmau and the change of darts after eight years. Most in the game though it might take van Gerwen longer to adjust to the new equipment. Sadly for the changing pack, they were wrong.

The break at home has as so given MvG time to refocus after the birth of his second child Mike. The time away from the oche has also made the world number miss the sport.

“Practice has been going well, really good to be fair. Lots of people competed in the Home Tour, so you know if they’re playing well or not so well, but nobody knows anything about me, but I can tell you now, nothing has changed, trust me.

“Of course I’m going to come back with a bang. What I noticed is that I really missed playing on the highest level and that was a good sign to myself. ‘Hey, I’m still hungry to win more titles.’ I still want to be the best for another five, six, seven, eight, nine, ten years.”

Van Gerwen is the longers raining world number one in PDC history, and worrying for the rest of the players he shows no signs of relinquishing that position anytime soon.

The PDC returns to action on the 8th July with the five day Summer Series, ahead of the World Matchplay.