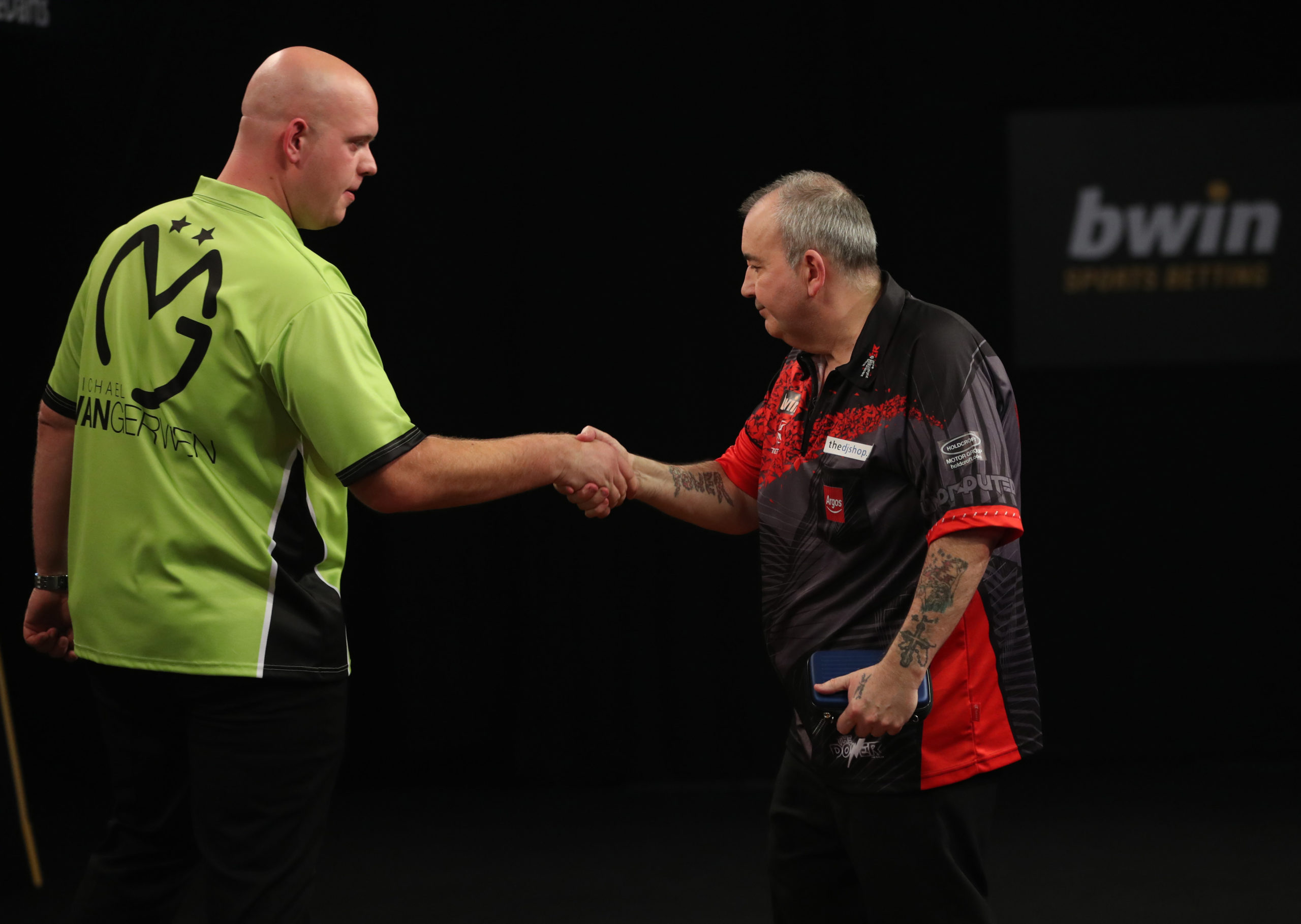 The darting rivalry between Michael van Gerwen and Phil Taylor rumbles on years after Taylor retired from the sport. Between 2012 and 2018, when Taylor hung up his darts. The pair were involved in some of the greatest matches the darting world has seen. Back in 2012, it was a young and hungry van Gerwen chasing Taylor. But by 2014 the tables had been turned, and it was Taylor chancing van Gerwen.

The pair might not be playing rivals anymore, but the rivalry is undoubtedly still there. As the pair both use the media to make sure the other is always thinking about the other and still trying to get one back over each other.

“Michael (Van Gerwen) will lose the fact that people are scared of him. He isn’t winning the titles like he used to,

“I can’t run him down; the lad has done brilliantly. You need someone on a pedestal and Michael was the one who took over from me. But I don’t think Michael will ever get me out of his head.”

Over the weekend van Gerwen spoke to Dartsnieuws about the comments

“If you look at it honestly, I hardly ever say anything about Phil Taylor, and he always does about me,”

“He has to do what he wants. I think it pinches that he is no longer active. Phil can no longer show his qualities because he has simply become too old. That is unfortunate, but that’s the way things go in life.

“That’s why I think he so often involves me in his story. I like that, and I like to hear it. It means I have done something special. I’d rather have them talk about me than not talk about me.”