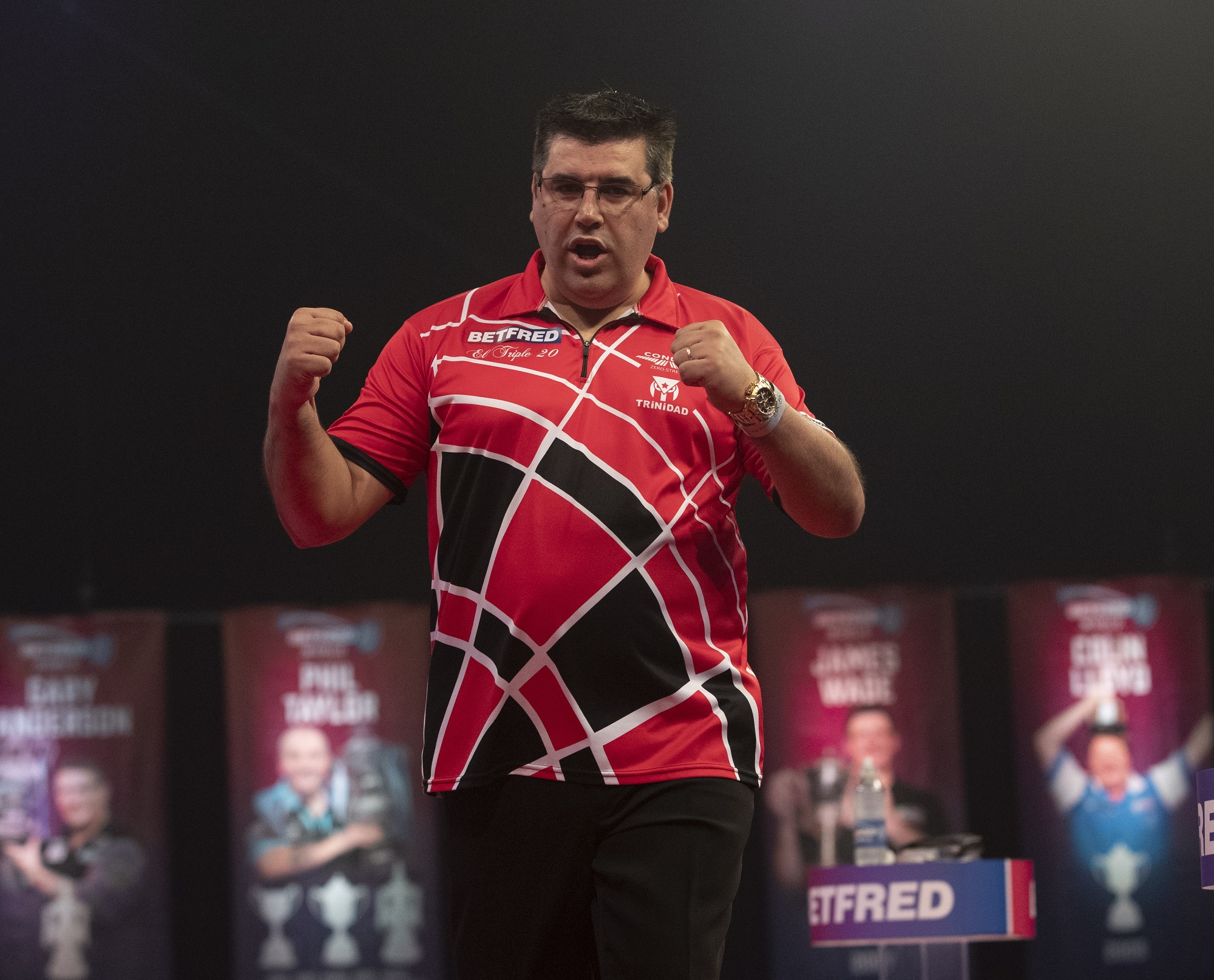 Jose De Sousa battled through a tough day at the PDC Super Series to take home his second title of 2021.

The Special One produced some mixed performances in Milton Keynes, but delivered when it really counted. He beat Michael van Gerwen 8-6 in the final to win Players Championship 14.

The win for De Sousa means he now moves into the top ten in the Order of Merit for the first time.

After winning his first title in Germany in dominant fashion this April, today was more of a grind for De Sousa.

After receiving a bye into round two, wins over David Evans and Jamie Hughes got him into the last 16. There, he fought off Rob Cross to squeeze into the last eight. That seemed to give him a shot in the arm, as a 105.5 average secured a 6-1 win against Dimitri Van den Bergh. After going 4-0 up in the semi final, he then went 5-4 behind, before eventually beating Gabriel Clemens 7-5 to get into the final.

By contrast, it was a more comfortable day for Van Gerwen, who started by whitewashing Sean Fisher in round one. Three straight 6-3 victories, against Rusty-Jake Rodriguez, Luke Humphries and Chris Dobey got him to the quarter finals. A 6-4 win over Ted Evetts, followed by a 7-2 thrashing over old rival Gary Anderson in the last four with a 106 average, saw The Green Machine into his first final of the year.

It was Van Gerwen who started brighter in the showdown, missing bull for The Big Fish in leg one, before cleaning up 25 for a 14 dart break. De Sousa though would respond, hitting a conventional 120 outshot to level at 1-1. Both then held to make it 2-2.

MvG took advantage of missed darts from The Special One to break again in the fifth, before poor counting from the Dutchman allowed De Sousa to respond in the sixth, breaking on tops to level. 28 darts later, De Sousa lead 5-3 up, and looked to be heading for a 6-3 lead. However, having missed the 170 checkout in the first leg, this time Van Gerwen found it, getting the game back on throw at 5-4.

Once again though, Van Gerwen could not press home the advantage, as De Sousa found a break of throw again to go 6-4 up. A comfortable hold for the Portuguese Man’O Scores, before MvG produced back to back ton plus finishes to get the game back on throw.

In the 14th leg, The Green Machine left himself on double 12 after 15 darts, but De Sousa, who missed two to win it in the previous leg, found a lovely 108 outshot to take home the trophy and win a gripping final.

Despite losing to MvG in the last four, Anderson will take a lot of positives from today’s action. After battling through both Jeffrey De Zwaan and Steve Beaton, he produced a stunning display against Gary Blades and a whitewash of Mervyn King. That got him to the last eight, where he found a 106.0 average to defeat yesterday’s winner Joe Cullen.

For Clemens, today all but secured his place in his second straight Betfred World Matchplay. Comfortable wins against Jesus Noguera and Justin Pipe, followed by a last leg decider against Jeff Smith, got him into the last 16. He then beat Luke Woodhouse and Ritchie Edhouse, before falling in the semis.

Before losing to Clemens, Edhouse matched his best performance of the year so far, making the last eight for the second time in 2021. Evetts though made his first floor quarter final since 2019, winning against Adrian Lewis and Ross Smith before his loss to Van Gerwen.

Elsewhere, nobody managed to unseat Martijn Kleermaker from the 16th spot in Betfred World Matchplay qualification. Darius Labanauskas and Ryan Searle remain £250 behind him, while Jamie Hughes is £500 behind.

Simon Whitlock, Chris Dobey and Scott Mitchell all had decent days, but still remain some distance away from qualifying for Blackpool.

View the full results of day two at the Super Series here.