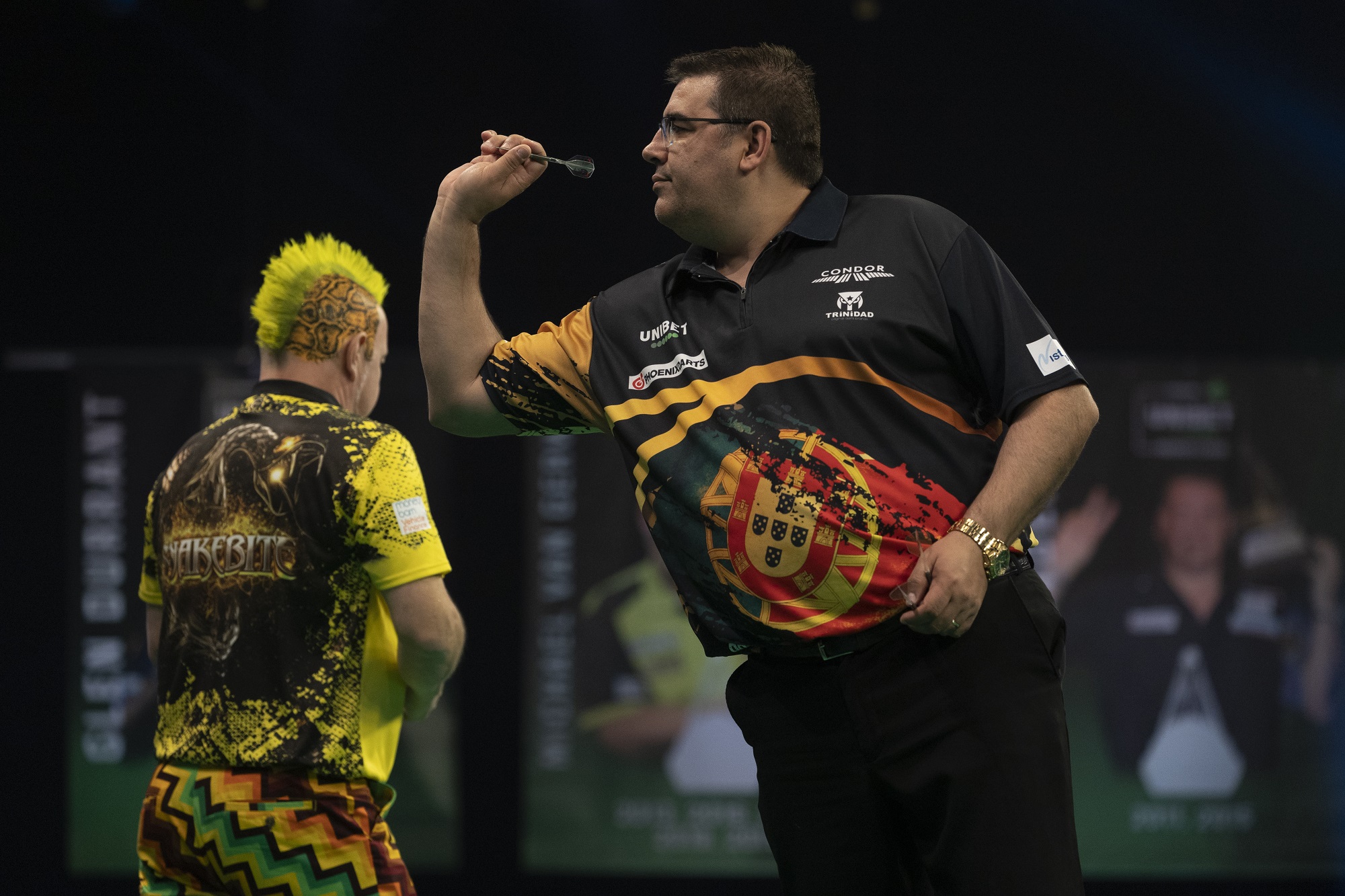 Jose De Sousa produced one of the best final performances of all time to win day one of the PDC Super Series.

The Special One produced an 114 average to dismantle Luke Humphries 8-1, to win Players Championship 9 in dominant fashion.

It’s the Portugese player’s fifth title in the PDC, and his first of 2021. With the way he performed in the latter stages of the match, it could be the first of many.

It was a very comfortable day for De Sousa. He beat Maik Kuivenhoven, Ciaran Teehan and Max Hopp to reach the last 16, and then Gabriel Clemens to make the quarter finals. Back to back 100 averages against Brendan Dolan in the quarters, and Krzysztof Kciuk in the semi finals, got him into the final.

Humphries beat Kevin McDine, Niels Zonneveld and Nick Kenny to win Board 5, before a 6-1 victory over Mervyn King saw him into the quarter finals. He beat Jason Lowe in the last eight, before a fantastic comeback against Dimitri Van den Bergh secured his place in the final.

In the final, it was The Special One who got off to the better start, producing back to back 14 darters to go 2-0 in front. However, Humphries broke back immediately, finding a 101 outshot to get the game back on throw.

From there though, De Sousa produces one of the greatest spells of darts ever seen in a PDC final. After regaining the break with a 10 dart leg, he then hit back to back 11 darters, to go 5-1 in front averaging north of 118.

A 14 dart leg pushed his average down a little, before a 12 darter got the Grand Slam Champion within one of the trophy, having won five legs in just 58 darts.

In the final leg, De Sousa missed tops for a 116 to win the match, but settled for a double 10 outshot for a 16 darter, to complete a memorable victory.

Dimitri Van den Bergh produced some excellent darts to reach the final before being beaten by Humphries.

Two whitewashes for the man in second place in this year’s Premier League helped him to the last four, but like against James Wade on Friday, he could not capitalise from a winning position. He lost the final three legs against Humphries, after being 6-4 up.

Elsewhere, Krzysztof Kciuk took advantage of his draw, making his maiden PDC Pro Tour semi final. He beat Alan Tabern in the quarter finals, and The Saint enjoyed another great run in a Pro Tour, producing victories over Ryan Joyce and Alan Soutar to make the last eight.

Brendan Dolan further secured his World Matchplay spot with a quarter final run, while Lowe’s to run to the last eight kept his Blackpool hopes alive.

There were also early exits for a number of players, including world number three Michael van Gerwen. MvG lost 6-4 to Josh Payne in round one, averaging just 84. Devon Petersen, Dirk van Duijvenbode and Ian White were also among the big names to fall at the first hurdle.

View the results for day one of the PDC Super Series here.