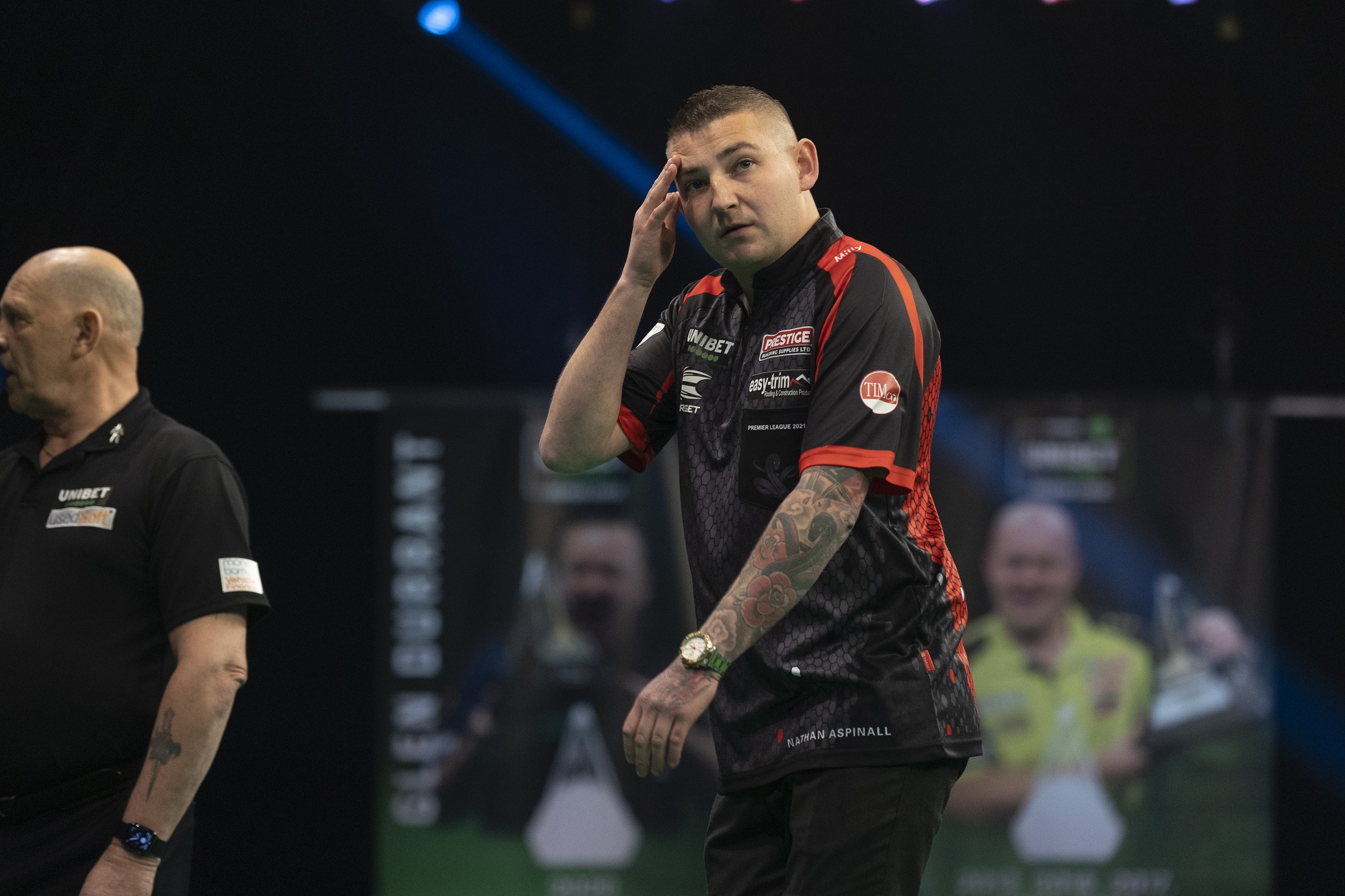 After testing positive for Covid-19, Nathan Aspinall will miss the remainder of PDC Super Series 4, while Keane Barry has also been withdrawn.

When Aspinall and the other 127 players arrived at Milton Keynes on Sunday, they all had a negative test result.

However, the former UK Open winner reported Covid-19 symptoms to the PDC’s Welfare Officer overnight on Monday, and a follow-up test revealed a positive result.

He will now return to his Stockport home to undergo a period of self-isolation and will not participate in any of the Players Championship events this week.

Meanwhile, Ireland’s Barry will miss the final three days of action after clashing with Aspinall in the first round of the Players Championship 13 on Monday.

The top two seeded players are now expected to receive a bye into the Players Championship 14 Second Round on Tuesday, while for the final two days replacements will be drafted in.

This is the first time since the COVID19 pandemic started that any player in the PDC has tested positive from a second test once play has begun. A few players have failed tests during pre-tournament testing but this is the first during a tournament.

The PDC will have to keep a close eye on players over the 24 hours to see if any other players develop symptoms after Aspinall’s positive test.