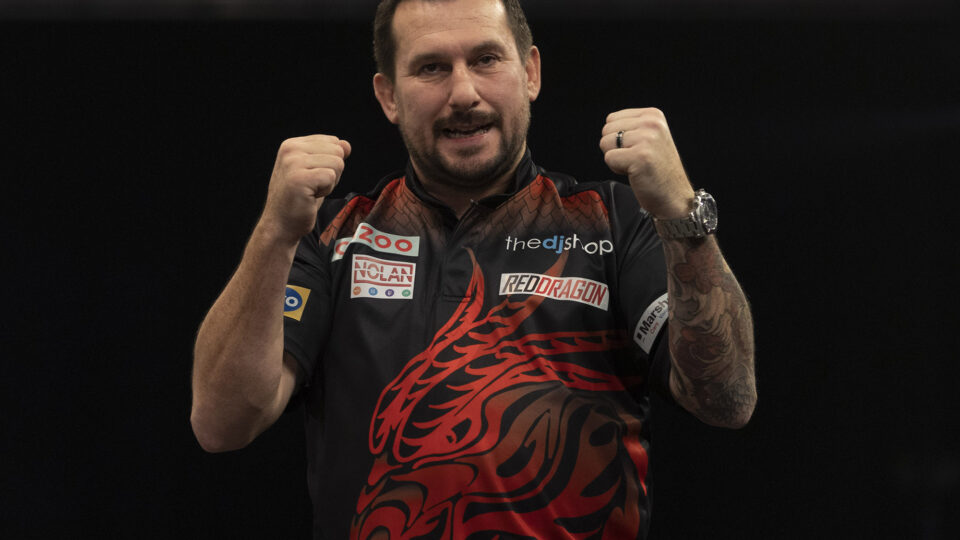 It’s Day Seven from the Aldersley Leisure Village in Wolverhampton. With the last 16 games being completed last night, which included Fallon Sherrock getting the better of Mensur Suljovic. Day Seven of the Grand Slam of Darts will see the start of the quarter finals.

The start of the quarter finals will also see games moving to the best of 31 legs.

The current World Champion will take on the current Premier League, Masters, World Series of Darts and World Grand Prix of Darts champion in the headline game.

Both players finished top of their group this week which set up second round matches against the top two players on this year’s UK Development Tour.

Gerwyn Price was the first of the Welshman through on Tuesday night. He survived a scare to beat the impressive Bradley Brooks 10-8.

Jonny Claytons win came with a lot more ease, with The Ferret only dropping two legs in his win against Nathan Rafferty.

These results meant that the Welsh World Cup would meet again in a TV tournament. Price has won 11 out of their 18 meetings and prior to the World Grand Prix this year he had won this last eight.

Since them eight defeats Clayton has defeated Price 5-1 in the World Grand Prix final, and then defeated him again a few weeks later on his way to picking up the World Series of Darts title.

Will 2021 “The Year of The Ferret” continue. Or Can Price continue his impressive form when competing in the knockout stages in Wolverhampton?

The other game on Thursday night sees another two players who have picked up TV titles in 2021 come head to head. With the UK Open winner James Wade taking on Rob Cross the winner of last month’s European Championship.

These players have met already this week as both were drawn in this Group C. On that occasion it was James Wade who got the win to secure the top spot, with Rob Cross getting the necessary legs to secure qualification.

In the last 16 Rob Cross eased to victory against Ryan Joyce. Voltage found himself 3-2 down at the first break and then won eight of the next nine legs to win 10-4.

An injured James Wade stormed to victory in his last 16 tie, defeating Rowby-John Rodriguez 10-1 to set up this all English tie.