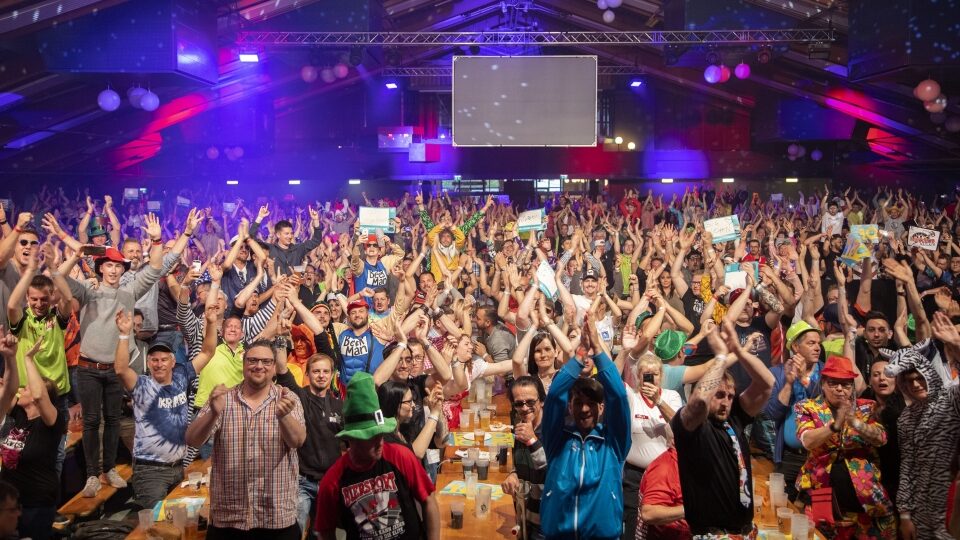 This weekend sees the inaugural Hungarian Darts Trophy gets underway in Budapest at the László Papp Budapest Sports Arena over the next three days. The historic event will be the first PDC ranking tournament to be held in Hungary.

The top 16 players from the ProTour Order of Merit are seeded and enter at the Second Round on Saturday, while 31 qualifiers battle it out for the right to join them.

Sadly Danny Noppert had to withdraw following the passing of his father. Rob Cross was bumped up to become a seed, seeing William O’Connor receive a bye to Round Two.

All the action is streamed live across the weekend click here to find out how to watch.

The Nordic and Baltic qualifier, Johan Engstrom, will open proceedings. Engstrom will have a busy month ahead of him, as he will also compete in the Nordic Darts Masters in Copenhagen in the middle of September.

Adrian Lewis, a two-time World Champion, hopes to begin his campaign by defeating reigning World Youth Champion Bradley Brooks, who won the Development Tour last month. This is one of the standout matches on day one of the Hungarian Darts Trophy.

With a match against previous ProTour event winner Joe Murnan, János Végs, one of four Host Nation qualifiers in the field, makes his first Euro Tour participation since 2016.

Florian Hempel of Germany takes on Jake Jones, a fellow PDC rookie, on Saturday, with the winner facing Peter Wright.