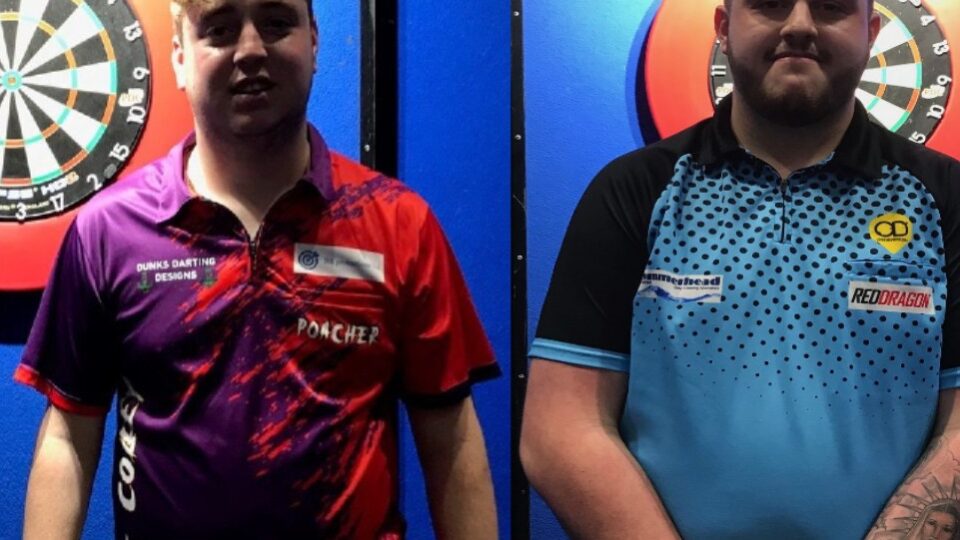 The English duo shared the titles on offer in Wigan, on the penultimate day of UK development tour action in 2021.
The title moved Kay in to 3rd on the order of merit. Colley’s victory has him just behind in 4th!

Being surrounded by 3 Irish players in the semi-final perhaps showed where the future of the sport is heading.
Keane Barry fell to his compatriot Ciaran Teehan in the last 8, whilst Killian Heffernan and Conor Henghan also progressed to join Kay in the final.
But it was the Englishman that took the title, and the £2,000 ranking money that comes with the victory.

Kay started the day with a 4-3 victory over Welshman Connor Hopkins in the opening round. From there, he went on a march against fellow Englishmen. Callum Schofield, Nathan Care and Callum Loose all tried and failed to stop Kay, before Connor Arberry fell in a last leg decider in the last 8.

It was at this point where his opponents switched from England to Ireland.
Tour card Holder Ciaran Teehan again took Kay all the way to a decider, but once more Keelan progressed, winning back to back legs to do so.

Former BDO World Youth finalist Killian Heffernan was the last piece of the puzzle. For the 3rd straight match involving Kay this one used all 9 legs.
Yet again it was Kay that won the 9th and final leg that ensured the result went his way. His 2nd career Development Tour title.

Colley stays in hunt for Order of Merit top spot

It was a superb run from the West Midlands lad, who beat a host of top competitors on route to his 2nd title of the season. His first since the opening event of the 2021 season.
After being drawn into the preliminary round, Colley started the day with a 4-1 win over Darragh Porter.
Gibraltan World Cup team member Craig Galliano was up next. That one used all 7 legs possible at that stage, but the Englishman was the one to progress.

Victories over Cameron Anderson, Benjamin Smith and Kyle Mcleod saw Colley in to the last 8, where he met MAD Global title holder Jared Cole. Colley averaged just shy of 90 in the 8 legs required to move in to the semi-finals, as Cole’s hunt for a Development tour title continues in 2021.

A vital win against Nathan Rafferty came in the Semi-finals. Yet again by the score line of 5-3, but it was a victory that would eventually see Colley move ahead of the Northern Irishman in the Order of Merit.

On to the final, and it was Colley that was a class above of Lewis Pride. A gap of over 10 points in the averages ensured Colley took the title, with a 5-2 victory.

The UK Development tour draws to a conclusion with events number 11 and 12 tomorrow.