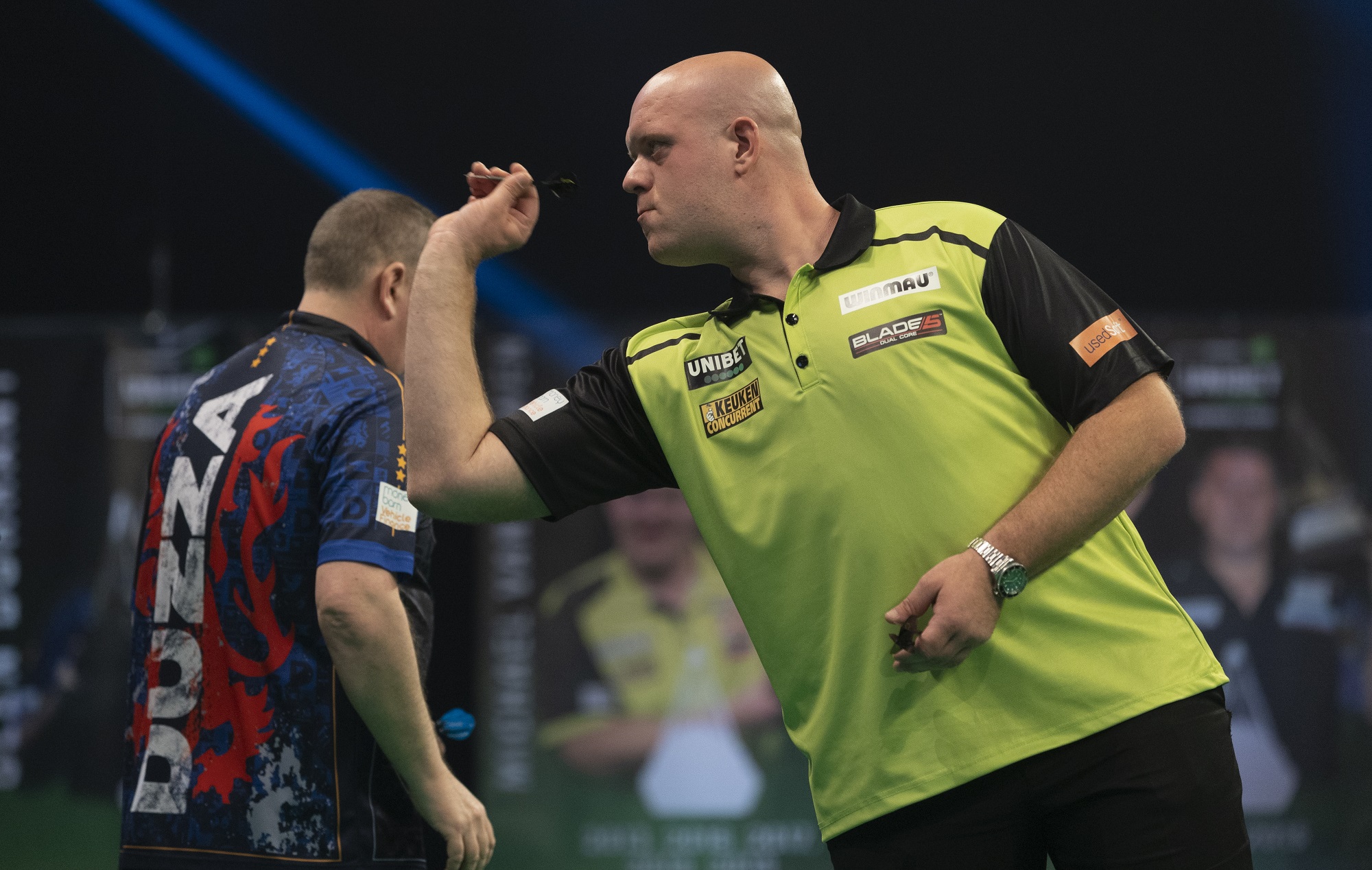 Michael van Gerwen on Duzza “yeah I feel sorry for the guy, because he’s a nice guy”

Following on from last night’s result, Glen Durrant finds himself on zero points and edging closer towards relegation.

Across six nights of action, Glen has picked up just 14 legs out of a possible 49. After his 7-3 defeat to Michael, he gave some words of encouragement and he shared them with the press after the game;

“My first few words are don’t worry it will come back. I think if I was him I wouldn’t really feel well at the moment”

“I feel sorry for the guy, because he’s a nice guy and to be then in this situation it’s tough.”

“I know everyone knows I’ve come from far of course I’ve not been through my best patch of my life.”

“He’s not the most natural talent and he has to work hard to make sure it goes in for him at the moment, but don’t worry it will come back”

Night Seven will see Glen Durrant face the in-form Jose De Sousa with defeat meaning he will be relegated from this year’s Premier League.

Michael van Gerwen will face the flying Scotsman in the final game of the night.

Watch the full interview with Michael van Gerwen below….